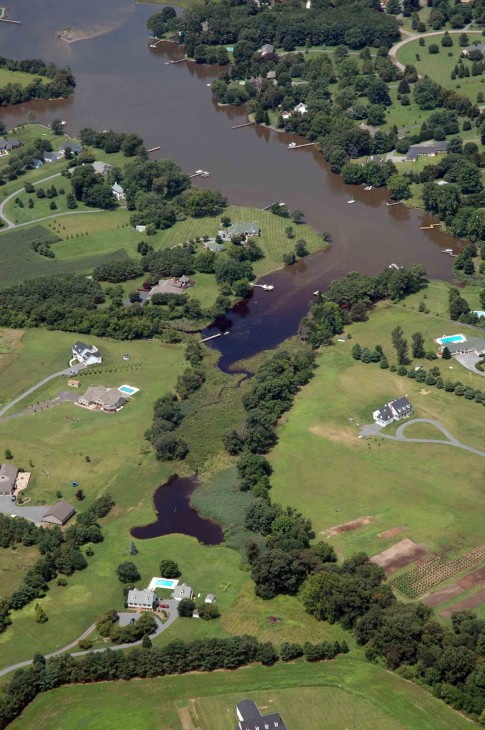 A new Smithsonian study published in the journal Ecological Applications is the first to demonstrate and quantify the beneficial impact that healthy riparian buffers–dense stands of trees and other plants growing along the banks of waterways–can have upon a large watershed. Forming a barrier between streams and urban areas and farmlands, these strips of vegetation can significantly reduce nitrate levels in streams.

“Until now, no one has measured overall nitrate removal by all the riparian buffers in a watershed,” Donald Weller, ecologist at the Smithsonian Environmental Research Center in Edgewater, Md., says. “Our new analysis calculates how much nitrate these buffers now keep out of streams and estimates how buffer restoration could further reduce stream nitrate levels.”

Current plans to protect the Chesapeake Bay include planting trees along hundreds of miles of streams that empty into the Bay. This study provides realistic limits for how much these buffers might further reduce nitrate pollution, and it helps identify where buffer restoration can offer the greatest additional nitrate removal. 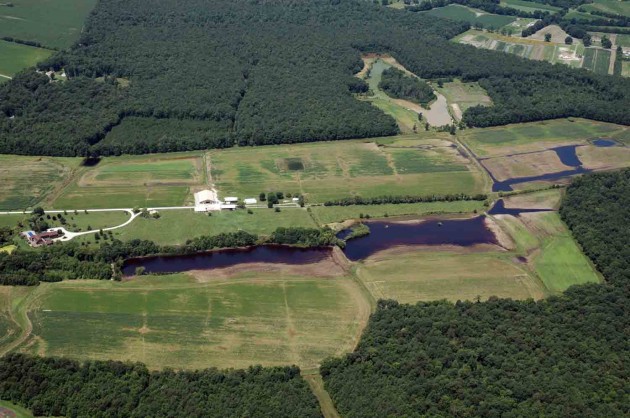 Weller and his colleagues found that existing buffers in the study watersheds remove an average of 16 percent of the nitrate that flows from croplands. Furthermore, they estimated that replanting missing riparian buffers downhill from croplands might reduce nitrate concentrations in streams by up to 32 percent. The additional nitrate removal by restored buffers could significantly improve water quality in the Chesapeake Bay.

The team’s analysis also revealed that buffers in three physiographic provinces of the Chesapeake drainage were not equally efficient in removing nutrients. Buffers in Coastal Plain watersheds removed nearly twice the amount of their nitrate inputs than buffers in the Piedmont province and almost ten times more than buffers in the Appalachian Mountains. Coastal Plain buffer restorations will clearly reduce nitrate delivery to the Bay. Piedmont buffers are less efficient, but receive higher inputs from cropland, and more Piedmont cropland currently lacks buffers. Therefore, widespread buffer restoration in the Piedmont could yield the largest reduction in nitrate delivery to streams.–Tina Tennessen