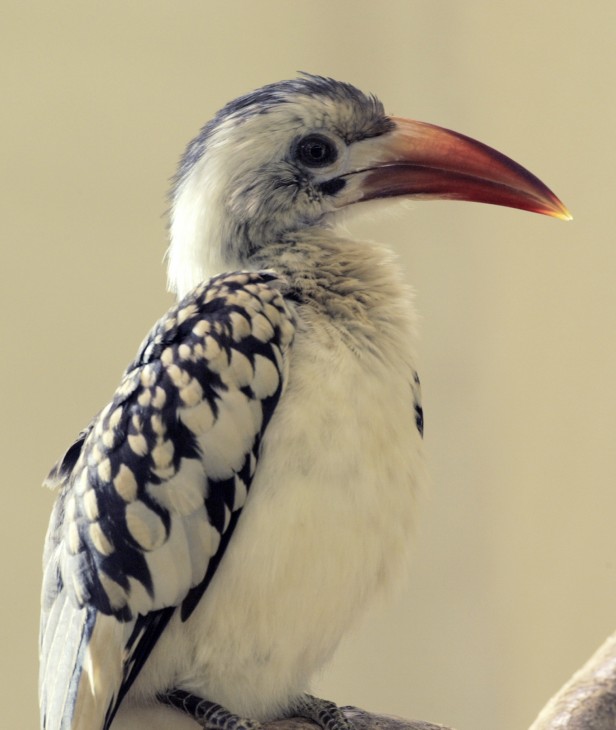 One, possibly two, red-billed hornbill chicks hatched in early May at the National Zoo’s Bird House. Red-billed hornbills are found in savanna and woodland areas of sub-Saharan Africa. Due to this species’ peculiar nesting behavior, it was only recently that keepers have been able to confirm one chick.

“When the female of this species is satisfied that she’s found just the right home for her chicks in a tree, rock face or another nest, she gives it her final seal of approval—literally,” said Kathy Brader, bird keeper. “Using mud, droppings and food, the male helps the female wall herself into the nest, leaving a narrow vertical slit as her only opening to the outside world. Due to the nature of the way she is sealed in, we could only verify one chick, but there is a good possibility there may be another.”