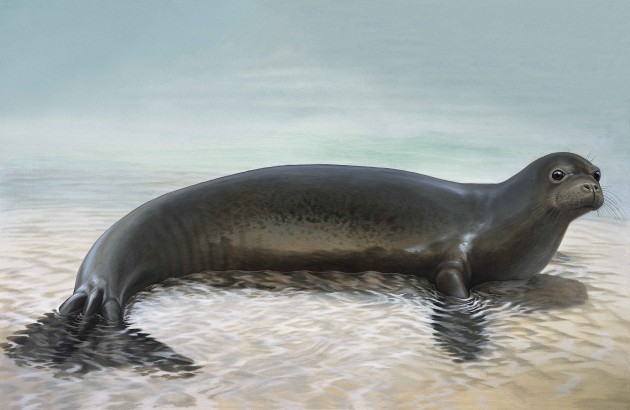 This illustration of the extinct Caribbean monk seal was done by artist Peter Schouten.

A newly released study focusing on an extinct species, the Caribbean monk seal (Monachus tropicalis), has revealed just how evolutionarily unique its only two living relatives, the endangered Mediterranean and Hawaiian monk seals, truly are.

DNA analysis and skull comparisons by Smithsonian scientists and colleagues show the Caribbean and Hawaiian species together represent a new genus, long isolated from other seals. As a result, the Mediterranean and Hawaiian monk seals are the last and only living species of long separated branches on the seal family tree.

This is the first new genus recognized among modern pinnipeds (seals, sea lions, and walruses) in more than 140 years. The team’s findings are published in the scientific journal ZooKeys.

First reported by Christopher Columbus in 1494, the Caribbean monk seal once ranged throughout the Caribbean with an estimated population in the hundreds of thousands. Unrestricted hunting led to its eventual extinction by the 1950s. Monk seals, as a group, are unusual among seals in being adapted for life in warm water. 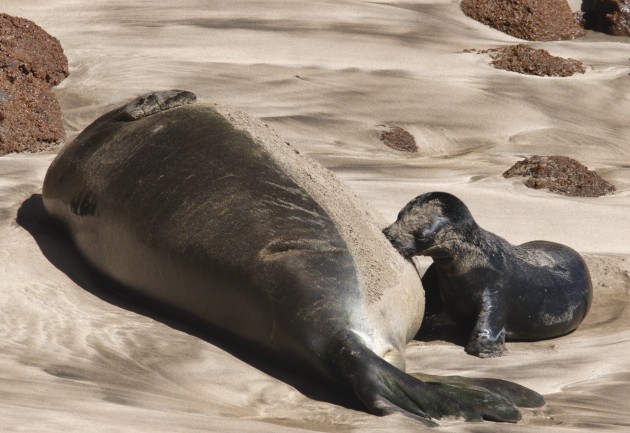 A Hawaiian monk seal and her pup. (Photo by Tom Elliot)

Specimens of the Caribbean monk seal are today found only in museum collections, the largest sample residing in the Smithsonian’s National Museum of Natural History. Studying the remains of these seals and their relatives led to this new discovery by several Smithsonian scientists, including Kris Helgen, curator of mammals; Graham Slater, Peter Buck post doctoral fellow;, Charley Potter, collection manager of Marine Mammals; and their colleagues..

“The DNA extracted from the century-old monk seal skins in the museum’s collection showed us that the Caribbean species was more closely related to the Hawaiian rather than the Mediterranean monk seal,” Helgen explains.

The genetic work was conducted in collaboration with scientists at the Leibniz Institute of Zoo and Wildlife Research in Germany and Fordham University in New York. Major genetic distinctions, along with the morphological differences Slater found between the Mediterranean species and the two New World species (Caribbean and Hawaiian), led the team to classify the Caribbean and Hawaiian monk seals in the a newly named genus, Neomonachus. 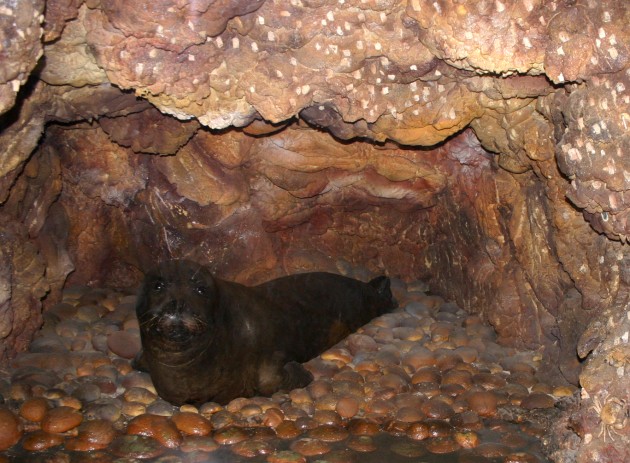 Diorama with a Mediterranean monk seal at the The Natural History Museum in Milan, Italy. (Photo: Giovanni Dall’Orto)

“We occasionally identify new species of larger mammals, like the olinguito we announced last year,” Slater says. “But to be able to name a new genus, and a seal genus at that, is incredibly rare and a great honor.”

Beyond the reclassification, the study has also shed light on how the evolution of the Caribbean and Hawaiian monk seals directly relates to a major geological event.

“The Caribbean and Hawaiian monk seals split into distinct species around 3 to 4 million years ago,” Slater explains. “This is about the same time the Panamanian Isthmus, the bridge between North and South America, closed off the connection between the Atlantic and Pacific Oceans, which would have naturally separated the two.”

“This work has really upped the stakes in terms of trying to conserve these species,” says Charles Littnan, lead scientist for the NOAA Fisheries Hawaiian Monk Seal Research Program. “There are multiple groups working across the planet trying to save the Mediterranean and Hawaiian monk seals. We were hoping to save both species, or at least one of them, to maintain some legacy of the Monachus genus on the planet. But now, as a result of this paper, we now know they are different lineages, and are both too valuable to lose.”