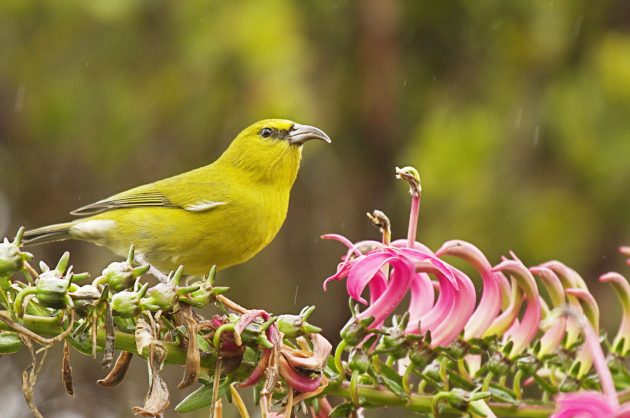 As average annual temperatures increase, mosquitoes have also been on the move—up the mountains of the Hawaiian islands. Once a refuge for native birds susceptible to mosquito-transmitted avian malaria, altitude no longer guarantees safety from a disease that can kill them in a matter of days.

The question of what may happen to these endangered birds as their environments continue to shift due to climate change is key to their ultimate survival. The answer may lie in their genes.

Over the next several years, bird, malaria and mosquito experts from Rutgers University, the Smithsonian, and other research organizations will be working to sequence genomes of the amakihi, a species of Hawaiian honeycreeper with populations that appear to be developing resistance or tolerance to avian malaria. They’ll also be sequencing genomes of the southern house mosquito (Culex quinquefasciatus) and the malaria parasite it carries, Plasmodium relictum, both invasive to Hawaii.

The National Science Foundation awarded the team a four-year, $2.5 million grant to conduct the work. 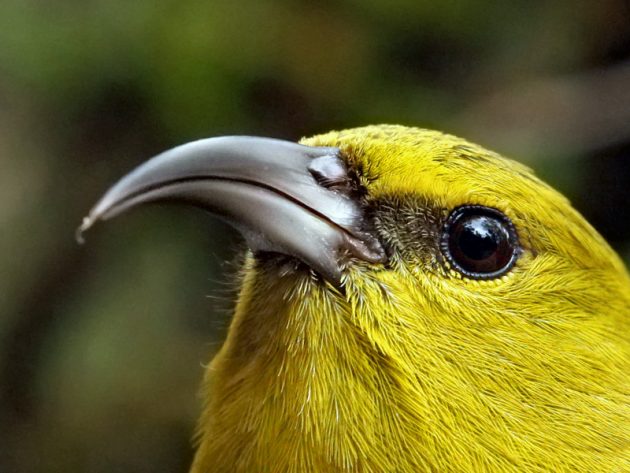 “One major question we want to answer is how likely it is that a bird species could evolve tolerance or resistance, given what we know about its genetics,” says Rob Fleischer, head of the Conservation Genomics Center at the Smithsonian’s National Zoo, and one of the project’s lead scientists.

By comparing Hawaiian malaria with related strains collected from other spots around the world, the team should be able to pinpoint changes in the malaria genome specific to Hawaii. They’ll also compare genetic signatures from modern Hawaiian honeycreeper specimens with those collected on the islands prior to the arrival of malaria.

Additionally, they’ll use in-depth genomic analysis to examine the mosquitoes responsible for bringing malaria to Hawaii, which is a mix of separate introductions from the Americas and the South Pacific.

Together, those analyses should yield clues about how the malaria itself has evolved and which genes make it so deadly. That will help scientists and conservationists build a model for how honeycreepers could be affected by future climate shifts. 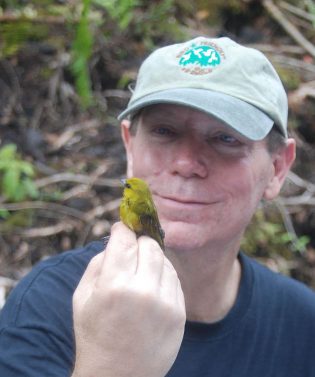 “There are many variables we have to identify, but once we can put those into the model, we can make predictions about what happens when malaria gets up another 500 meters in elevation,” Fleischer says. “Will we lose the birds living there? Or could they evolve some resistance?”

Malaria brutalizes many species of Hawaiian birds and honeycreepers in particular. With no natural immune response, an infection can lead to death in as few as 10 days. Of the original 55 species of honeycreepers that once thrived across Hawaii, only 18 remain today.

As with any species adapted to survival in the closed ecosystem of an island, birds and other endemic animals were spectacularly unprepared for the arrival of Polynesian voyagers who came to the islands more than 1,200 years ago. Of the 105 native Hawaiian bird species that originally inhabited the islands, hunting and habitat destruction had reduced that group by almost half by the time James Cook visited Hawaii in 1778.

Though the first mosquitoes arrived in 1826, probably in barrels of water on whaling ships from Mexico, these New World mosquitoes didn’t start malaria transmission in Hawaii. That only arrived shortly before the start of World War II, when Old World mosquitoes from Asia probably hitched a ride to Hawaii on Pacific warships.

“Hawaiian bird malaria has all this documented history, so we can use that to understand what happened based on where the mosquitoes came from and the timing of those introductions,” Dina Fonseca, a Rutgers University entomologist who is spearheading the mosquito work, explains. “It will help us understand that if there were to be a modification, whether in birds, the mosquitoes, or in the parasite, what will happen.” 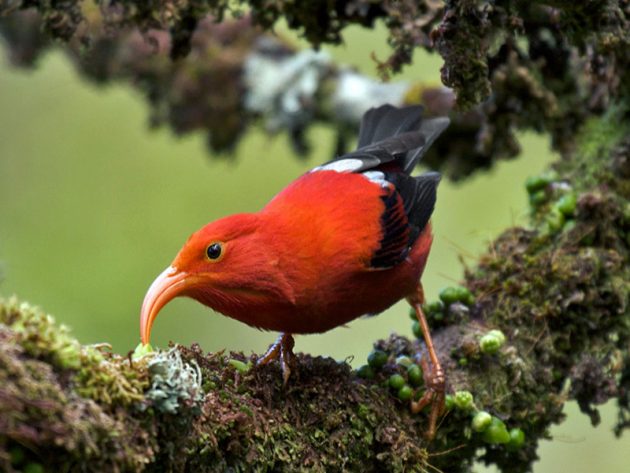 Many Hawaiian honeycreeper populations, including that of the ‘i‘iwi, are experiencing rapid population declines and are predicted to face extinction in coming decades without the implementation of effective conservation measures to combat mosquito-borne disease, invasive predators, and habitat loss. (Photo by Lucas Behnke, Kaua‘i Forest Bird Recovery Project)

They expect that they’ll also gain new insights into how the interactions between parasite, insect and host work, and what conservation strategies can be honed in based in part on their results.

The stakes are high, and there’s little time: the i’iwi, a bright red honeycreeper that is particularly susceptible to the disease, has dwindled from 4,000 individuals to merely 400 in the last decade, and could be extinct within five years. Eben Paxton, another of this project’s collaborators, published that finding in a separate 2016 study. 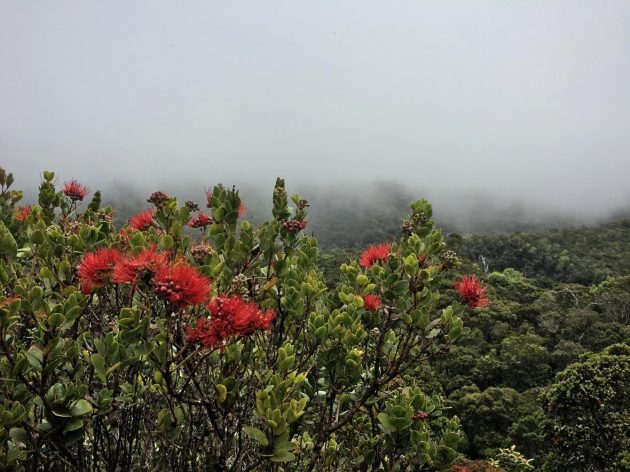 “At low elevations, it’s nearly all introduced birds,” Fleischer says. “People talk about all these beautiful Hawaiian birds they see, but what they’re seeing are things like introduced Brazilian cardinals, which only live at the low elevations where most people are.” The scope of the problem with disease in native birds is largely shrouded because the native species have retreated to remote and inaccessible refuges.

Hawaii is probably not the first example of an introduced disease like malaria wiping out an island’s native birds, but it could be the first time the process will be examined against a genetic background. Something similar may have happened in Bermuda, a story Fleischer stumbled upon several years ago when he was looking for malaria in birds there. Many non-native birds carried the parasite, but appeared resistant, and there is fossil evidence that many of Bermuda’s native bird species had been wiped out several years prior.

“There may be more cases where this has happened in the past without us understanding why,” Fleischer says. “When we think about extinctions, we typically think it’s humans eating [the animals] or from habitat modifications. But now we’re starting to see it could have also involved disease. This work gives us an understanding of how these invasive parasite systems work, and to try to keep it from happening on other islands.”