Sleeping Beauty’s kingdom was overgrown by vines when she fell into a deep sleep. Researchers at the Smithsonian Tropical Research Institute in Panama and the University of Wisconsin at Milwaukee recently received more than a million dollars from the U.S. National Science Foundation to discover why real vines are overtaking the American tropics. Data from eight sites show that vines are overgrowing trees in all cases.

“We are witnessing a fundamental structural change in the physical make-up of forests that will have a profound impact on the animals, human communities and businesses that depend on them for their livelihoods,” said Stefan Schnitzer, research associate at the Smithsonian Tropical Research Institute in Panama and associate professor at the University of Wisconsin at Milwaukee. 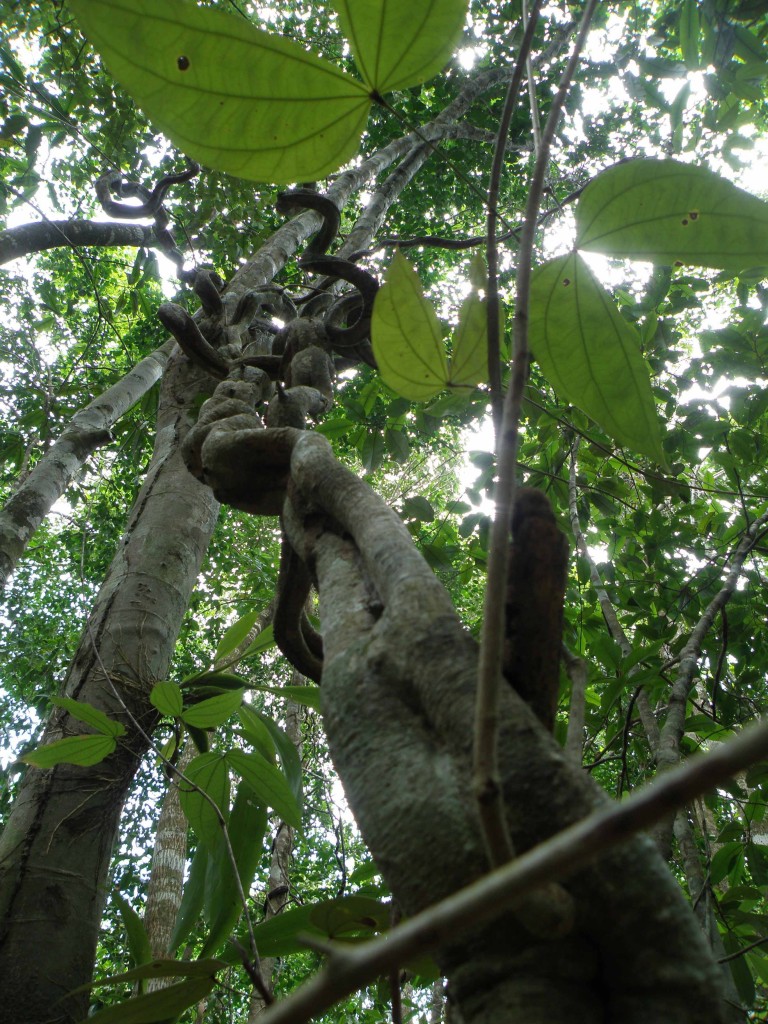 Lianas vines in a rainforest in Panama. (Beth King photo)

Tropical forests hold more than half of the Earth’s terrestrial species and much of the planet’s carbon. If vines take over tropical forests the rules used to model ecosystem services, such as regulation of the water cycle and carbon storage may no longer apply.

“In 2002, Oliver Phillips, a professor at the University of Leeds in the U.K., published a controversial study claiming that vines were becoming more common in the Amazon,” said Schnitzer. “By pulling together data from eight different studies, we now have irrefutable evidence that vines are on the rise not only in the Amazon, but throughout the American tropics.”

On Barro Colorado Island in Panama, the proportion of vines in tree crowns has more than doubled over the past 40 years. In French Guiana, liana vines increased 60 percent faster than trees from 1992 to 2002. Similar reports from Brazil, the Bolivian Amazon and subtropical forests in South Carolina in the United States confirm that vines are becoming more common and represent more of the total forest biomass.

Trees have huge woody trunks that take a lot of time and energy to produce. Vines take advantage of trees, growing quickly on slender stems up into the forest canopy, where their leaves may compete for light with the leaves of the trees that support them. 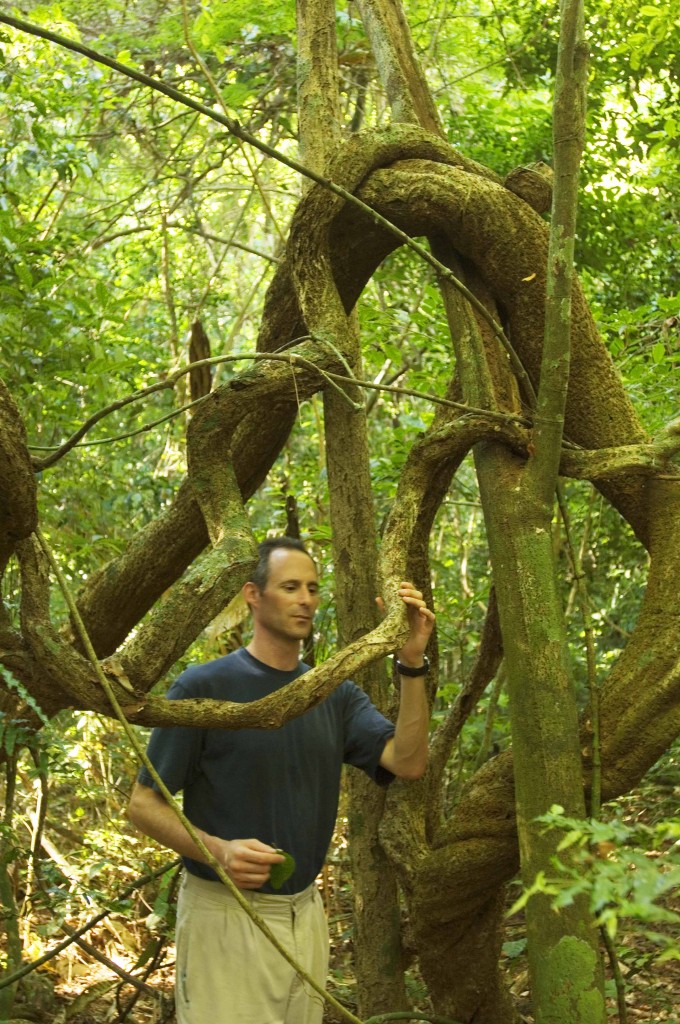 There is still no consensus as to why lianas are gaining the upper hand. They may survive seasonal droughts that are becoming more common as climate becomes more variable. They may recover more quickly from natural disturbances such as hurricanes and El Niño events and from human disturbances like logging, clearing land for agriculture and road building. Lianas respond quickly to an increase in atmospheric carbon dioxide—growing faster than associated tree species in several experiments.
In North American forests, invasive vines such as kudzu, oriental bittersweet, English ivy and Japanese honeysuckle often reduce native tree regeneration and survival, although there is no obvious trend as there is in the American tropics. In contrast, two studies of forests in tropical Africa did not detect vine overgrowth.