A rare Longman’s beaked whale (Indopacetus pacificus) found stranded on the Hawaiian island of Maui in 2010 has scientists in Hawaii on the alert for a deadly disease known as morbillivirus which can lead to high mortality rates in dolphins and other marine mammals. It is the first record of a Longman’s beaked whale in Hawaii, a marine mammal normally found in Indo-Pacific/Euro-Asian waters, and the first known instance of morbillivirus found there.

A team of scientists led by Kristi West of Hawaii Pacific University conducted a necropsy and analyses on the stranded whale which resulted in the discovery of the presence of the morbillivirus in its system. This is the same virus responsible for a mass die-off of bottlenose dolphins in the mid-Atlantic region of the United States in 1986 and 1987, says Charles Potter of the Marine Mammal Program at the Smithsonian’s National Museum of Natural History. 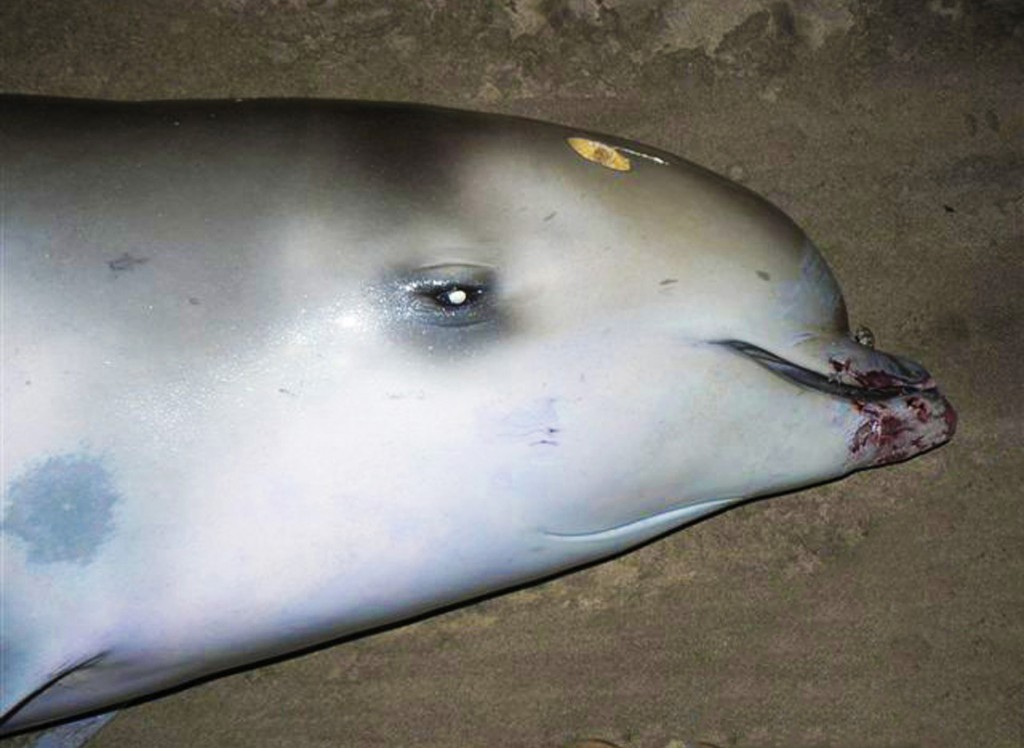 “This virus if pretty wicked if you are a whale and since the 1986-87 die-offs it has been implicated in several other mortality events in marine mammals,” Potter explains. “This disease is evolving quite rapidly and it may have the potential to jump between pinnipeds [seals, sea lions and walruses] and cetaceans [whales and dolphins]. One big concern in Hawaii is the critically endangered Hawaiian monk seal,” Potter explains. “You do not want some whale swimming halfway around the world to Hawaii bringing this epizootic disease with it.” Hawaii’s cetaceans may be particularly vulnerable to a morbillivirus outbreak as many of Hawaii’s stocks are comprised of small, island-associated, resident populations where any reduction in population size may be devastating because of an already low number of breeding individuals.

“Although morbillivirus has been found in Hawaiian waters, the actual risk of infection and impacts to native Hawaiian marine mammal populations is currently under investigation,” said David Schofield, Marine Mammal Health and Response Program manager for National Oceanographic and Atmospheric Administration.

All marine mammal strandings in Hawaii will now include screening for morbillivirus, West says. A paper detailing the discovery in the Journal of Marine Mammal Science points out that the discovery of the Longman’s beaked whale carcass is notable in itself. “It is an incredibly rare species,” Potter says. The necropsy revealed the animal was a juvenile male, approximately 12-feet 2-inches long and 1,168 pounds. Multiple fresh cookie-cutter shark bites were visible over its entire body. Detailed photographs, CT scans and measurements of its body were taken and its internal organs and tissues weighed. Genetic analysis confirmed the specimen was a Longman’s beaked whale.

“As of 1999, the species was only known from two skulls, one in a museum in Australia and another in Somalia,” West says. “No photographs of either a dead or living Longman’s beaked whale existed. This is the most extensive examination of an individual of this species ever.”

The Australian skull dated from around the 1890s. A thorough description of the new whale specimen’s morphology in the journal Marine Mammal Science adds significantly to the literature on the Longman’s beaked whale. Textbooks that have only a few pages on the species can now be updated with far more information, including that the Longman’s beaked whale can be found in Hawaiian waters. –Source: Hawaii Pacific University