The geologic faults responsible for the rise of the eastern Andes mountains in Colombia became active 25 million years ago—18 million years before the previously accepted start date for the Andes’ rise, according to researchers at the Smithsonian Tropical Research Institute in Panama, the University of Potsdam in Germany and Ecopetrol in Colombia.

“No one had ever dated mountain-building events in the eastern range of the Colombian Andes,” said Mauricio Parra, a former doctoral candidate at the University of Potsdam (now a postdoctoral fellow with the University of Texas) and lead author. “This eastern sector of America’s backbone turned out to be far more ancient here than in the central Andes, where the eastern ranges probably began to form only about 10 million years ago.” 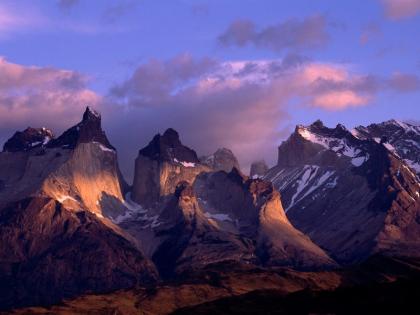 The team integrated new geologic maps that illustrate tectonic thrusting and faulting, information about the origins and movements of sediments and the location and age of plant pollen in the sediments, as well as zircon-fission track analysis to provide an unusually thorough description of basin and range formation.

As mountain ranges rise, rainfall and erosion wash minerals like zircon into adjacent basins, where they accumulate to form sedimentary rocks. Zircon contains traces of uranium. As the uranium decays, trails of radiation damage accumulate in the zircon crystals. At high temperatures, fission tracks disappear like the mark of a knife disappears from a soft block of butter. By counting the microscopic fission tracks in zircon minerals, researchers can tell how long ago how long ago rocks began to be uplifted, or exhumed toward the earth surface.

Classification of nearly 17,000 pollen grains made it possible to clearly delimit the age of sedimentary layers.

The use of these complementary techniques led the team to postulate that the rapid advance of a sinking wedge of material as part of tectonic events 31 million years ago may have set the stage for the subsequent rise of the range.

“The date that mountain building began is critical to those of us who want to understand the movement of ancient animals and plants across the landscape and to engineers looking for oil and gas,” said Carlos Jaramillo, staff scientist from STRI. “We are still trying to put together a big tectonic jigsaw puzzle to figure out how this part of the world formed.”

This work was published in the Geological Society of America Bulletin in April 2009.

STRI, headquartered in Panama City, Panama, is a unit of the Smithsonian Institution. The institute furthers the understanding of tropical nature and its importance to human welfare, trains students to conduct research in the tropics and promotes conservation by increasing public awareness of the beauty and importance of tropical ecosystems. Web site: www.stri.org.