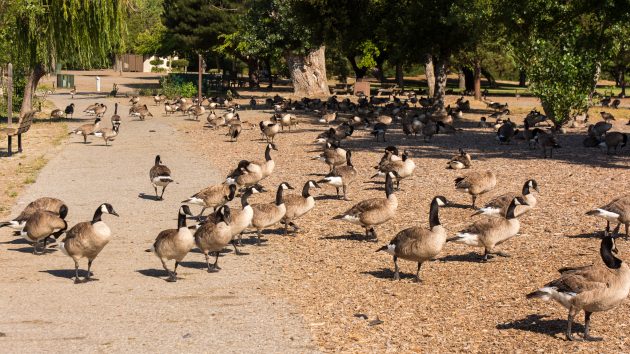 In the early 20th century, Canada geese were considered endangered in the U.S. So in the 1950s and 1960s, birds from the Midwest were released in eastern and southern states to boost their numbers. The strategy worked too well.

Populations grew exponentially in the 1990s and today millions of wild Canada geese are permanent residents in cities and towns across the U.S., constantly eating and depositing large amounts of feces in the habitat they share with humans.

As public health concerns have grown, a team of biologists at the Smithsonian’s National Museum of Natural History recently decided to take a close look at the bacteria living in the intestines of these birds. What they found was eye-opening.

Scientists discovered the high prevalence of three bacterial species that cause serious disease in humans: Clostridium perfringens, Streptococcus suis (harmful to pigs too) and Staphylococcus sp. 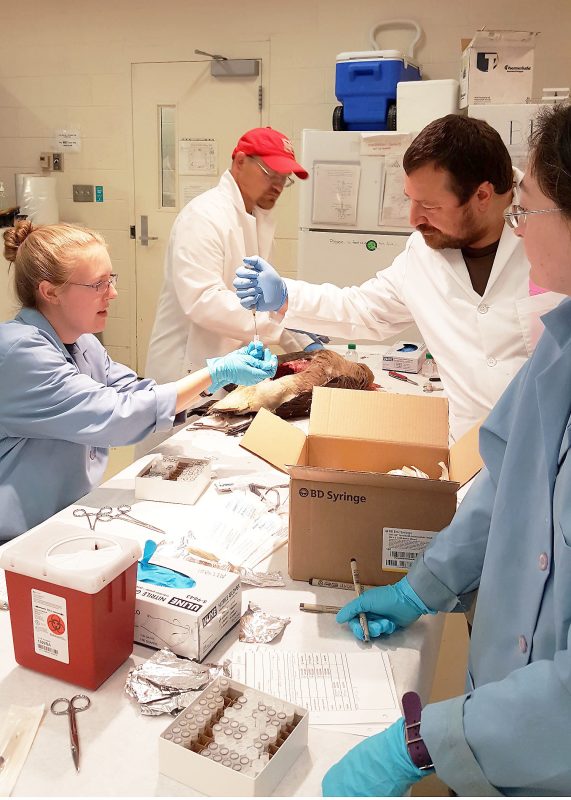 In a laboratory at the Smithsonian’s National Museum of Natural History, Sergi Drovetski deposits a sample of material taken from the digestive tract of a Canada goose into a vial held by Museum Technician Ingrid Rochon. Museum Specialist Brian Schmidt (center) works with a goose specimen as Museum Technician Cailin Meyer records data on each sample. (Photo by Christina Gebhard)

Inside the birds they found other potentially pathogenic organisms that may contain virulent strains known to cause serious infections in wild and domestic waterfowl, poultry, domestic mammals and farmed fish.

When Canada geese are killed for food by animals such as a dog, fox or cat, or run over by a car on an urban street, these harmful pathogens are released into the environment and can potentially infect humans. Knowing they are present and in what quantity helps experts accurately estimate their potential threat to humans.

Previous studies focused almost exclusively on sampling the feces of captive birds fed an artificial diet, and did not show significant signs that this volume or variety of these bacteria were present. In this new study, Smithsonian scientists used DNA sequencing to identify bacteria collected from multiple parts of the digestive tracks of 30 wild birds of varying ages and sex. 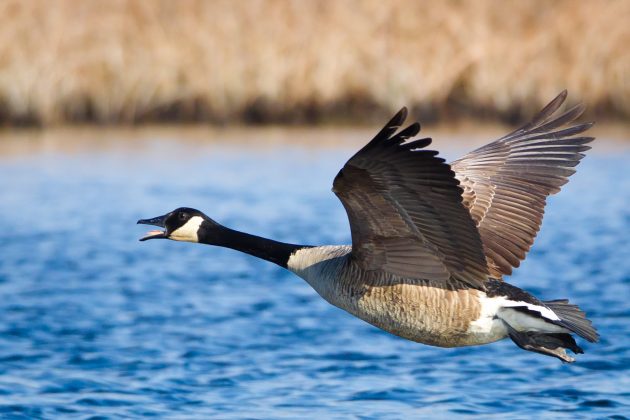 This is the first study to sample multiple gut regions inside wild Canada geese says Sergei Drovetski, a contract biologist at the Smithsonian’s National Museum of Natural History and lead author of the study published in the journal Scientific Reports.

“Our results show clearly that bacteria found in feces does not accurately represent what we found in the small intestine, the cecum and especially the esophagus of these birds,” Drovetski says. “Fecal bacteria content alone should not be used to estimate the potential threat of certain animals to human health.”

Some 421 different microbial species were identified inside the geese and the scientists observed that bacterial communities differed widely in richness and composition depending on their location in each bird’s digestive tract. Community variability was also significant between individual geese.

Different methods were used to collect the samples depending on their location in the bird’s gastrointestinal tract. For example, a sterile swab was dipped into each bird’s esophagus then placed in a sterile vial. In the duodenum, cecum and colon, where microbes live in the mucous lining of the intestine, sterile water was pumped back and forth with a small, single-use syringe to wash the material from the intestine wall before it was collected. 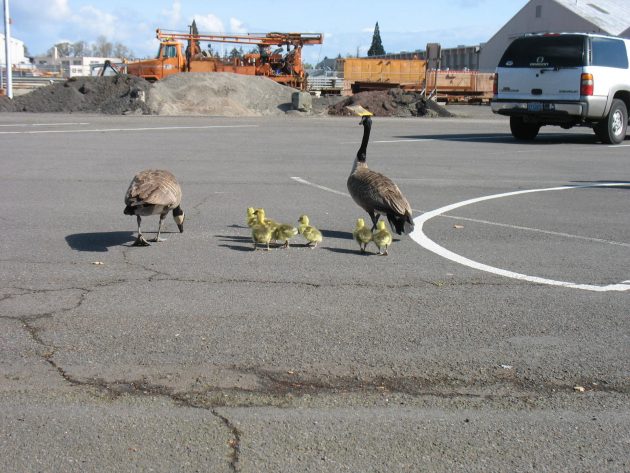 Two samples were taken at each site inside each bird. “One sample was used immediately and one was placed in the Natural History Museum collections,” Drovetski says. “Techniques always improve and new questions arise.”

In addition to having a fuller picture of the harmful bacteria geese can carry in their guts, this study will also help scientists understand more about goose biology. Recent science has demonstrated that a human microbiome—the community of microorganisms living in our digestive tract—have an impact on all kinds of biological functions beyond digestion, like helping us fight certain diseases such as diabetes and cancer.

“Before we began these studies of bacteria, we thought of each animal as an independent organism, one with its own genetic tools to deal with the environment, deal with its own maturation, with other animals,” Drovetski says. “Now we are beginning to realize that much of these functions come from the microbial communities living inside an animal, its microbiome.”

Bacteria are the dominant members of each microbial community surveyed, but there are also eukaryotes, protists and other microbes living there.

“An animal or plant is a bimolecular network consisting of a host and its microbiota, called a holobiont. If you are going to study any species group, especially multicellular organisms, its ecology, behavior and physiology are all related to the combination of the animal or plant and its microbes,” Drovetski says. “To begin to understand it you really need to look inside each individual, as we did in this study.”