What does candied, microwaved sperm have to do with saving endangered species?

Today’s cutting-edge laboratories rely on ultra-cold refrigeration to keep delicate cells like sperm viable for use in the future. But a new technique using microwaves might make it possible to store sensitive biological materials at room temperature.

To test whether cat sperm could be dehydrated, rehydrated, and still successfully fertilize eggs, researchers microwaved the cells with short pulses of low power. After about 30 minutes, they had dried the cells down to about 10 percent humidity, almost dry enough to be shelf-stable without refrigeration.

Micrographs or morulae (A-B, E-F) and blastocysts (C-D, G-H) after 7 days of in vitro culture, produced after fresh (A, B, C, D) or dried cat sperm (E, F, G, H) injection. Before (A, C, E, F) and after fixation and Hoechst staining (B, D, F, H). Bar = 25 μm. Graphic from the article “Structural integrity and developmental potential of spermatozoa following microwave-assisted drying in the domestic cat model” in the journal Theriogenology.

After being plumped back up with water, the sperm cells worked just fine.

What allowed scientists to do this without destroying the cells was microwaving them in a sugar-like substance called trehalose.

“It’s basically candied,” says Pierre Comizzoli, a research biologist with the Smithsonian Conservation Biology Institute, co-author of a new study in the journal Theriogenology that describes the process and the successful fertilization of cat eggs afterward.

“It ensures there are no more molecular movements in the cell,” Comizzoli says. “You suspend life, but everything is ready to resume whenever you rehydrate the cell.”

As the mixture evaporates during microwaving, the trehalose concentration inside the cell increases, immobilizing the cell’s interior structures in a glass-like gel. Stopping, or drastically reducing, the cell’s biological processes is key to preventing the cell from aging and deteriorating. 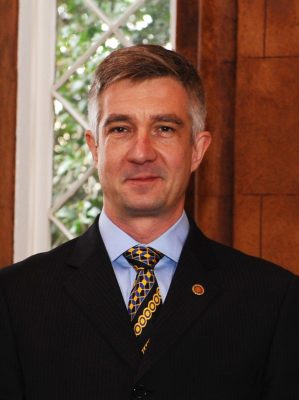 From vaccines to potentially sending astronauts into space with cells for medical treatments, eliminating refrigeration will change how and where cells can be harvested, stored and studied.

“Many vaccines have to be transported with no loss of refrigeration from point A to point B,” says Gloria Elliott, a study co-author and bioengineer at the University of North Carolina-Charlotte. “So, to get from a laboratory in the U.S. to a remote location you can’t get to by road is really challenging, and has necessitated the development of things like solar-powered camel-transported refrigerators to get them that last mile.

In nature, trehalose is found in small organisms that can suspend their body functions for long stretches of time, like some insects, nematodes and the oddly endearing invertebrates sometimes called water bears, or tardigrades. This study is the latest in a string of inquiries into the possibility of dehydrating cells using microwaves and trehalose solutions.

Though Eliott and Comizzoli now use a programmable, science-grade microwave that standardizes the pulses and power, Eliott’s initial forays into dehydrating cells more than 10 years ago started out with a microwave she toted around throughout college.

“We were inspired by this one paper about making glasses with microwave drying, and we wondered if we could do it with biologics,” Elliott says. “All the literature said, no, microwaves cause DNA damage. But we like to kick the tires on published studies and convince ourselves why something can’t work. These previous studies didn’t adequately uncouple microwaving damage from heating damage, so we gave it a whirl.” 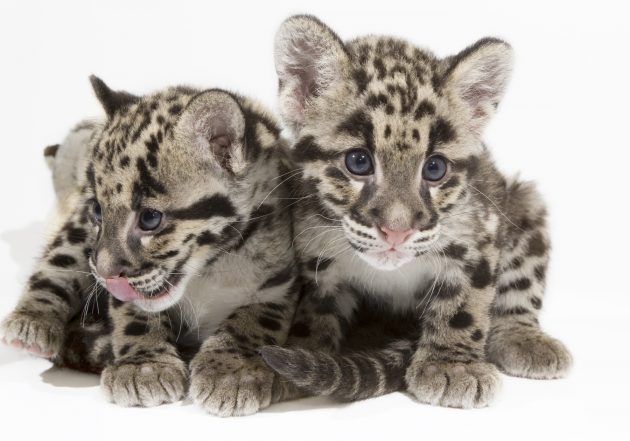 While the successful reproduction of endangered wild cats, such as these clouded leopard kittens born recently at the Smithsonian Conservation Biology Institute, are a definite a priority, the new technique of drying spermatozoa with low-energy microwaves has definite possibilities in applications for other species as well.

Because they just want to evaporate the water and not cook the cells—mammal cells are damaged at around 100 degrees Fahrenheit—she had to figure out how to keep the energy low enough. Short pulses of low-powered waves did the trick.

“You don’t get 100 percent even with fresh sperm,” Comizzoli explains. “The percentage of fertilized embryos, less than 10 percent, we did get from dried sperm wasn’t fantastic, of course, but we’ve shown it’s possible to do.”

Though they chose to work with cats because they are a good model of mammal cells—and can be used as a proxy in human biomedical research—the method has different ramifications for Comizzoli’s work with endangered species like clouded leopards and cheetahs.

“To maintain biomaterials in a frozen state requires electrical power, specialized freezers, and a reliable supply of liquid nitrogen, and that costs a lot of money,” he says. Though much more testing and inquiry are needed to learn how the method may or may not be suitable for reproductive cells from other species, Comizzoli is optimistic.

“We will be looking at other species, yes,” he adds. “Wild cats are a priority, but there are definite possibilities to apply this to other species.”