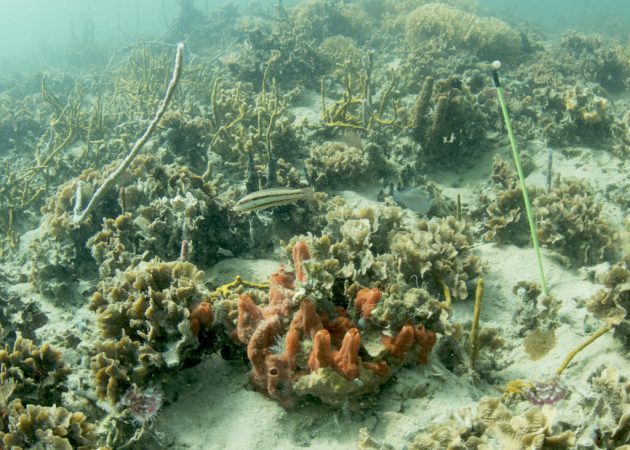 Coral reefs are home to some of the most colorful, diverse life on the planet. And yet, for all their fame as biodiversity hotspots, it’s estimated that divers see less than half of the fish species that live there (and that’s not counting all the invertebrates like shrimp and crabs). The invisible or “hidden half” consists of fish that aren’t active until nightfall, or conceal themselves in the reefs’ many nooks and crevices.

“Even when you are in the water looking at an animal or a habitat, there’s a lot that you can miss because it’s cryptic or hiding,” said Erica Staaterman, a marine biologist and former postdoc with the Smithsonian Environmental Research Center.

Staaterman is using another strategy to reveal some of the ocean’s more reclusive creatures: Instead of merely looking, Staaterman listens. The field’s official name is bioacoustics, the science of how animals produce and respond to sound. On land, scientists have seen links between biodiversity and bioacoustics activity, but how closely sound and biodiversity are linked in the marine realm is still a mystery. Staaterman and a team of biologists from the Smithsonian’s MarineGEO network (Marine Global Earth Observatories) tested some new techniques in a study published July in the journal Marine Ecology Progress Series. 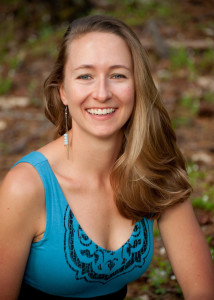 The team deployed their experiment at the Smithsonian Tropical Research Institute in Panama, on the Bocas del Toro archipelago. The islands of Bocas del Toro are surrounded by mangroves, seagrasses and coral reefs, some of the most popular locales for fish and other aquatic life. For the first part, divers explored three sites in the area counting fish and mobile invertebrates. They covered four habitats in each site (mangroves, seagrasses, corals, and sand).

Once the divers finished their visual surveys, Staaterman and the MarineGEO team switched to part two: the underwater sound system. They set out acoustic recorders, one in each of the four habitats for the three sites. Then they set up the recorders to capture sounds passing through their habitats for 24 hours. Later, the biologists divided the sounds into low- and high-frequency bands, to better identify the different organisms.

When they went back and listened to the recordings, they discovered that the soundscape of the reef was dominated by species their visual surveys had completely missed. 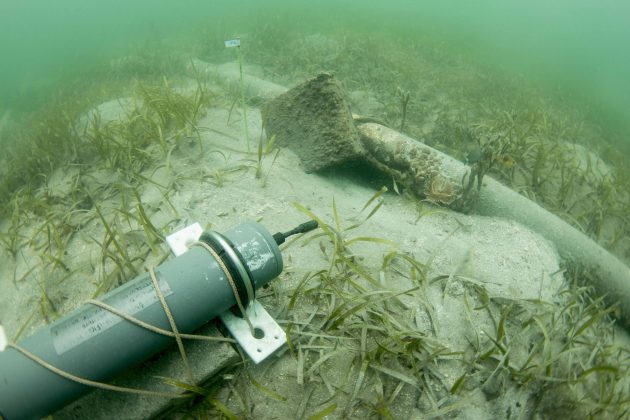 In the low-frequency band, the band most fish noises fall into, the toadfish was king. Among toadfish, males do most of the singing, after they’ve staked out their burrows and are looking to attract a mate. It was easy to pick out toadfish from other fish sounds, Staaterman said. “Most fish sounds are sort of like a percussion instrument—short, pulsing types of sounds, whereas the toadfish are longer in duration and they’re more of a humming sound.”

The toadfish stayed mostly in their burrows and generally waited until after sunset to beginning calling, which would explain why they didn’t show up on the diver surveys. But when they began their nightly calls, they drowned out everything else in the area. “We heard them, but we didn’t see a single one,” Staaterman said. 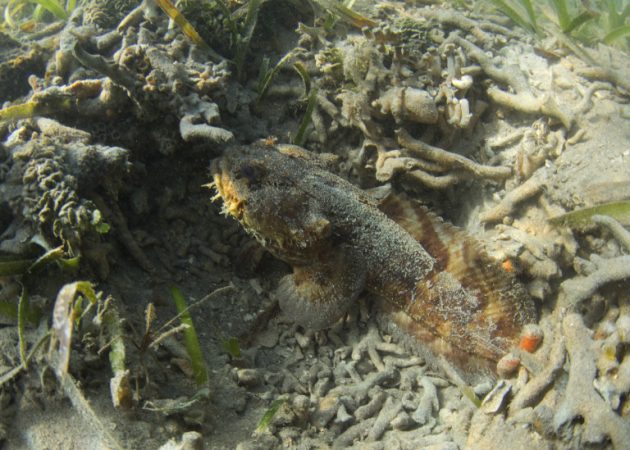 The Bocon toadfish, “Amphichthys cryptocentrus,” dominated the reef’s soundscape but didn’t appear on the team’s visual surveys at all. (Credit: Erica Staaterman/SERC)

In the high-frequency band, where more invertebrate noises tend to cluster, another cryptic species dominated: the snapping shrimp. Unlike toadfish, snapping shrimp were active both day and night. But they’re tiny and spend much of their time hidden inside reefs, among sponges in mangrove roots, or in small patches of coral in seagrass or sand habitats.

Snapping shrimp produce bubbles to stun their prey, said Staaterman. The sound biologists can hear is that of the bubbles imploding. “It sounds kind of like bacon cooking,” she said.

Of course, sound isn’t the key to all of the ocean’s mysteries. It will take a number of tools, Staaterman said, and acoustic recordings should be one of them. At the same time, toadfish and snapping shrimp are just the tip of a massive marine iceberg of sound-producing species hidden in the depths.

“We still have a lot to learn by listening to the ocean,” she said.

(Originally printed in Shorlines, a blog from the Smithsonian Environmental Research Center in Edgewater, Md.)