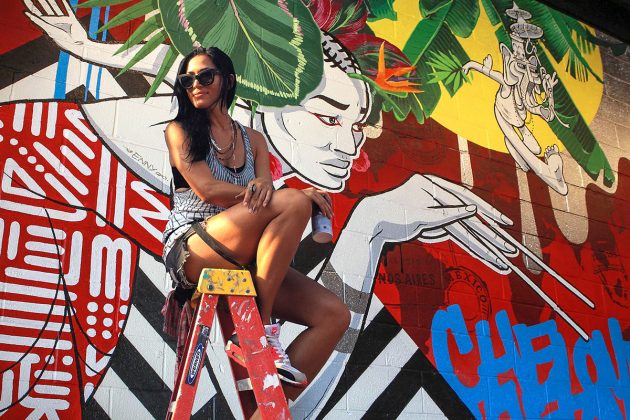 Cita Sadeli, also known as CHELOVE, is a multidisciplinary creative artist who straddles the fine art, illustration, and interactive design worlds. (All artists depicted in photos in this article are appearing in the 2017 Smithsonian Folklife Festival program “On the Move: Migration Across Generations.” Click here for a complete listing of performers.)

Every summer since 1967, the Smithsonian Folklife Festival has presented cultures from across the country and around the world. More than 23,000 musicians, artists, performers, craftspeople, cooks and storytellers have shared their heritage, traditions and history with Festival visitors on the National Mall in Washington, D.C.

This year, one of the Folklife Festival’s featured programs, “On the Move: Migration Across Generations,” is actively exploring themes of immigration and migration to and within the United States.

“One of the guiding motivations of the very first Festival was to engage more directly with the diversity of American culture and experiences,” says Sojin Kim, a curator at the Smithsonian’s Center for Folklife and Cultural Heritage. “Since 2017 is our 50th anniversary, we are thinking about how we want to project some of the central values of the Festival into the future, such as working collaboratively and being relevant to the times.” 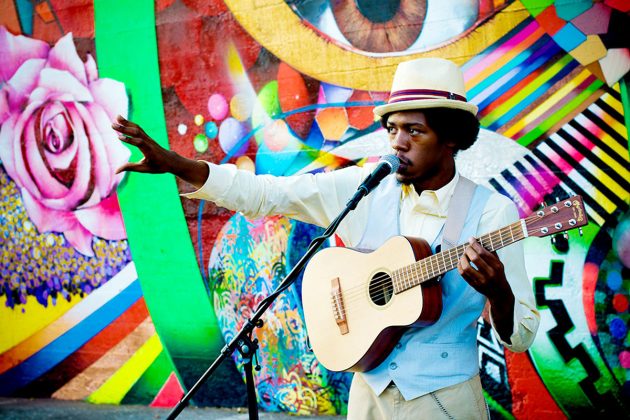 Christylez Bacon is a GRAMMY-nominated progressive hip-hop artist and multi-instrumentalist from Southeast Washington, D.C. He combines various instruments such as the West African djembe drum, acoustic guitar, and the human beatbox with the oral tradition of storytelling through his lyrics.

Just as the first Festival sought to reflect what was going on in the late 1960s—a period of great change—“On the Move: Migration Across Generations” renews that commitment by highlighting a diversity of American communities through creative and cultural practices such as music, crafts and storytelling. Far beyond basic immigration and migration themes, this eclectic program is engaging and educating people of all ages about the intersection of migration and culture: how traditions are carried on and adapted, and focusing on the responsibility of young people to bridge generations and communities.

“Immigration and migration impact our lives every day,” Kim says. “This program shares some of the vital stories of people moving to and within the country, and how this movement has shaped our national culture, the very fabric of who we are as a nation.”

As always, the 2017 Festival offers the opportunity for meaningful dialogue and exchange. “This summer, we hope to provide a place where visitors can have respectful and productive conversations about their own experiences with immigration and migration—whether or not they or their family members are themselves immigrants.” 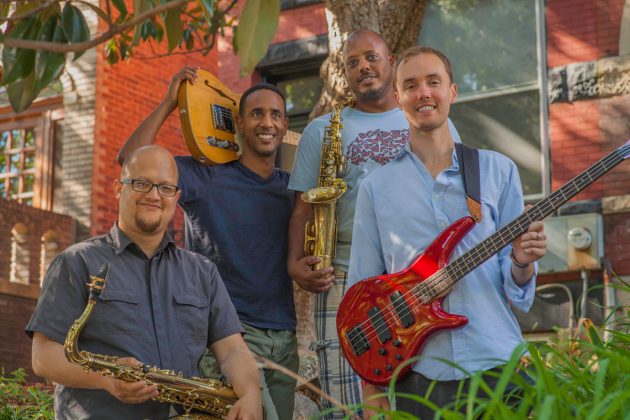 Kino Musica melds music from across Africa and its diaspora into soulful sounds that educate and entertain. The band is an evolving voyage of musical and cultural discovery undertaken by four friends and veterans of the Washington, D.C., music scene.

Through dance, music, theater and spoken word, performers will express and share their perspectives on cultural heritage and tradition—and the way these inform their identities and communities. Participants will take part in discussion sessions about displacement and change, transgendered immigration experiences and cultural hybridity, among other topics. Visitors will have opportunities to directly interact with participants in activities related to sports, music and festival traditions. 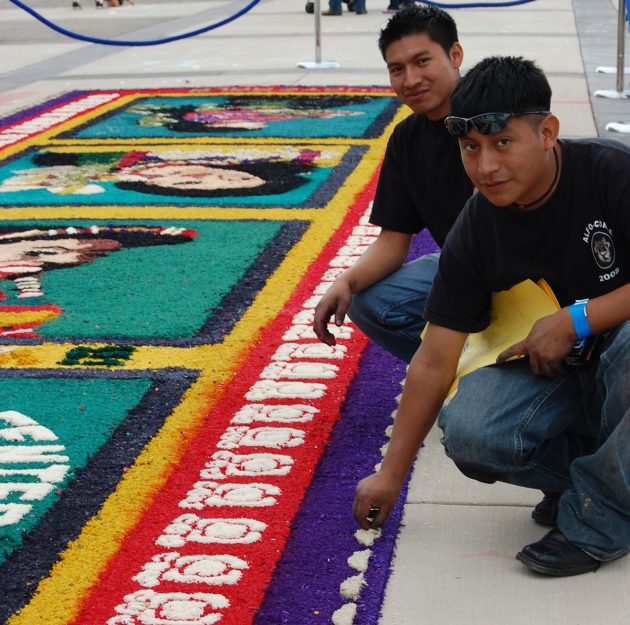 The ephemeral art form of alfombras de aserrín, or sawdust carpets, is a Central American tradition performed during religious and secular celebrations, particularly for Easter. Artists Ubaldo Sanchez and Luis Perez made this alfombra at the Kennedy Center in 2009. (Photo courtesy of the Virginia Museum of Fine Arts)

In an open-studio-like atmosphere, two Washington, D.C. street artists, CHELOVE and MASPAZ, will be painting structures on the site and encouraging the public to contribute to their pieces. National Slam Poetry champion, Regie Cabico, will provide a workshop that leads the public in translating their personal journeys into poetry.

Smithsonian museums have often hosted naturalization ceremonies. This summer, the Festival will host two citizenship ceremonies on the National Mall, to welcome some of the country’s youngest new citizens. 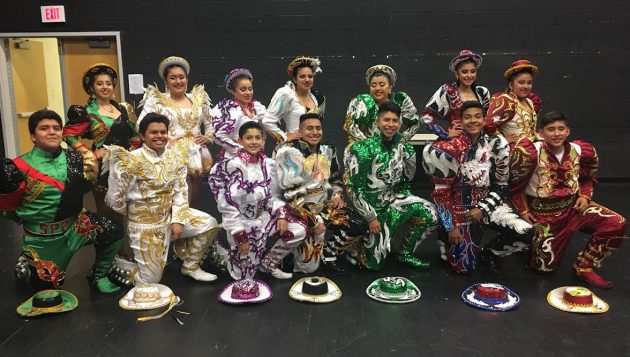 Caporales Unidos is a group of young caporal dancers who belong to different cultural associations of the metropolitan area of Northern Virginia, Maryland, and Washington, D.C. The group carries a message of unity, camaraderie, and respect among the Bolivian American fraternities, which have grown in number of participants over the past years.

Two media collectives will be at the Festival: Gandhi Brigade Youth Media from Silver Spring, Md. and Kichwa Hatari, a New York-based internet radio collective that broadcasts in the indigenous Kichwa language of Ecuador and Peru. Members of these teams will lead onsite activities with visitors and encourage them to continue the conversation online after they leave the Festival.

“What is presented at the Festival is just a glimpse, a starting point for discussion,” Kim explains. “We can’t include every community and every story of immigration and migration in the Festival, so we invite people to share their stories and join the conversation online and through social media using the hashtag #OnTheMove.” 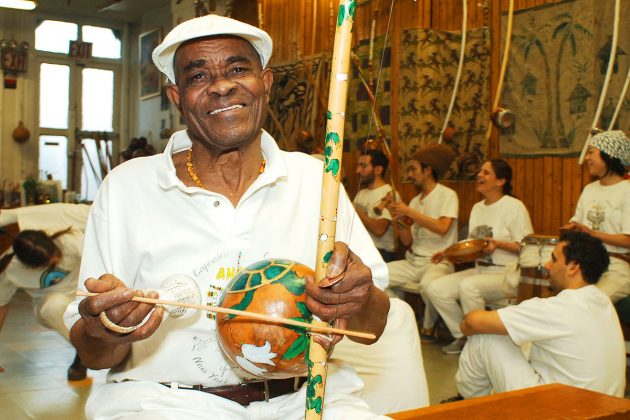 Originally from Itagi, Brazil, João Oliveira dos Santos first learned capoeira from the great Mestre Pastinha, who gave him the nickname “João Grande.” He has traveled and performed all over the world, obtaining the title of grand master, and settled in New York City in 1990. (Photo by Tom Pich)

For “On the Move,” the Festival collaborated with museums and centers across the Smithsonian that are also offering programs this summer that explore the theme of immigration and migration. They include:

At its core, the Festival’s “On the Move” program aims to spark new conversations about the diversity of American culture.

“This isn’t a program about immigrants,” Kim explains. “It does involve participants who are immigrants and refugees, but it also features people who have been in the U.S. for generations—even millennia. The program is about how recent immigration experiences connect to a long history of social interactions and cultural exchanges among people from diverse backgrounds, and how these comprise American culture.”

The Smithsonian Folklife Festival runs from Thursday, June 29 to Tuesday, July 4, and from Thursday, July 6, to Sunday, July 9, on the National Mall in Washington, D.C. Admission is free. Festival hours are from 11 a.m. to 5 p.m. daily, with evening performances beginning at 7 p.m.