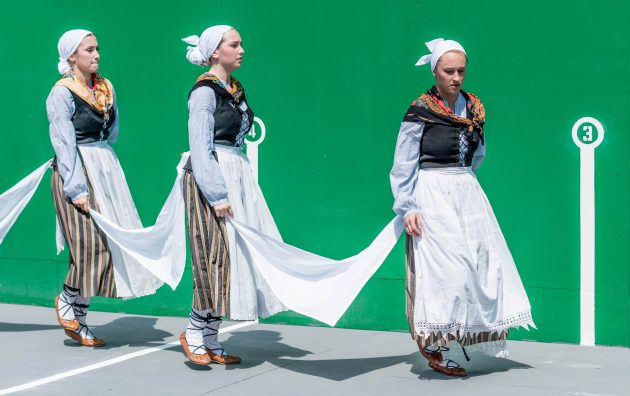 Traditional Basque dancers at the 2016 Smithsonian Folklife Festival on the National Mall in Washington, D.C. (Flickr photo by Victoria Pickering)

On a bright, hot summer morning on the National Mall in Washington, D.C. the air was filled with more than just humidity. From inside the Smithsonian’s Arts & Industries Building floated melodic strains of music from the diverse cultures of California and the Basque country, which is in the Pyrenees on the border between France and Spain. 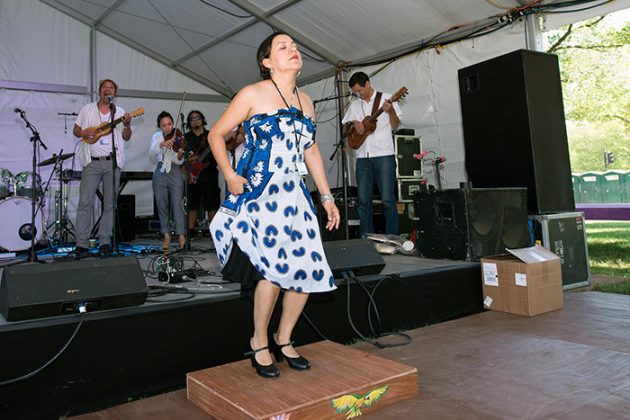 Martha Gonzalez is doing double-duty during the Folklife Festival, playing with the band Quetzal and with the FandangObon group. Today she danced on the tarima platform with her son jarocho group. You can find them each day at the Sounds of California Stage & Plaza. (Photo by Walter Larrimore, Ralph Rinzler Folklife Archives)

Musicians were performing to kick off the 2016 Smithsonian Folklife Festival, with themes this year covering “Basque: Innovation by Culture” and “Sounds of California.”

Speakers at the opening ceremony alluded to ideas of inclusion, acceptance, and understanding. They often reminded the audience that we are all human, and much is shared among us despite superficial differences. 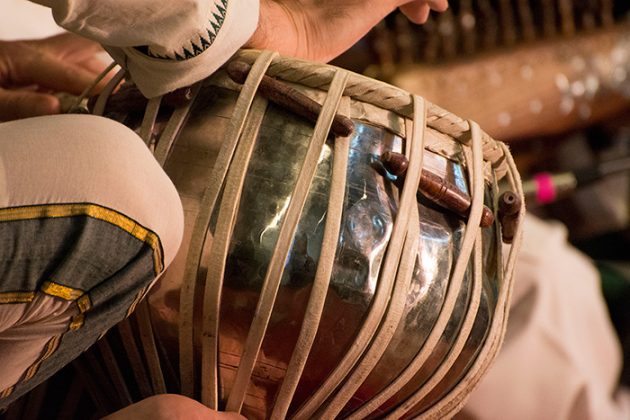 Salar Nader is a master of the tablas. He, along with rubâb player Homayoun Sakhi, performed in the opening ceremony and again in the afternoon at the Sounds of California Stage & Plaza. (Photo by Ronald Villasante, Ralph Rinzler Folklife Archives)

Michael Mason, Director of Smithsonian’s Center for Folklife and Cultural Heritage, opened the ceremony by paraphrasing a quote from American poet and activist Muriel Rukeyser. “The world is not made of atoms, but of stories,” Mason said. He encouraged the crowd to listen to the stories being told at the festival, and to be brave enough to share their own.

Demonstration of a rural Basque sport–the object is to cut 6 slices of no more than 3 centimeters thick, as fast as possible. At the 2016 Smithsonian Folklife Festival on the National Mall. (Flickr photo by Victoria Pickering)

Smithsonian Secretary David Skorton began his remarks, “When we open up the newspapers every day, don’t we need to see more things like the Folklife Festival?” The audience responded with cheers and applause. “Every day of this festival is magic, and we need this magic right now,” he said.

Richard Kurin, Smithsonian acting provost and undersecretary for museums and research, also stressed the ideas of knowledge, respect, and diversity. He decried ignorance and echoed President Barack Obama’s remarks on immigration reform when he said, “We’ve all come from somewhere.”

U.S. Representative John Garamendi (D-Calif.) talked about his grandparents immigrating to the U.S. from the Basque country. “That’s the story of America,” he said. 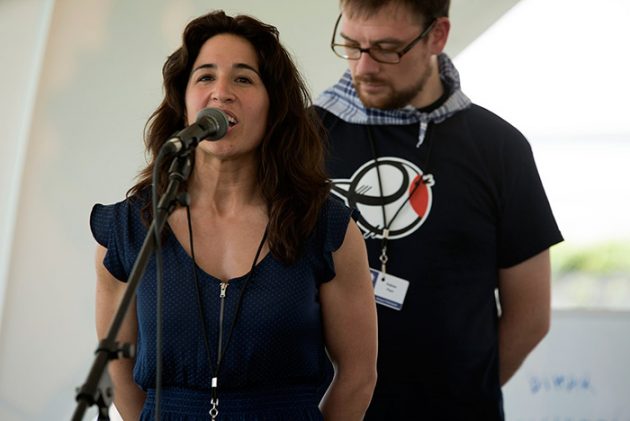 Irati Anda and Xabier Paya are bertsolariak, Basque poets who improvise songs on given topics. In today’s “Berto Workshop,” they sang about arriving in Washington, their favorite sports, and Xabi’s amuma (grandmother). (Photo by Maureen Spagnolo, Ralph Rinzler Folklife Archives)

The Folklife Festival, located on the National Mall between 4th and 7th Streets, is filled with concerts, music performances, craftsmen, language workshops, and cuisine. The Arts & Industries Building is host to the Folklife Festival Marketplace, where visitors can buy artisan products, books and clothing, and get a break from the heat. 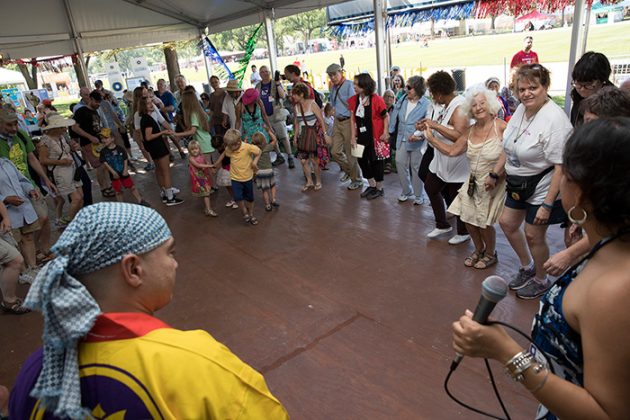 FandangObon got the audience circling around the Sounds of California Stage & Plaza with a mix of Japanese and Mexican dance traditions. Want to join in? You have no choice! Just dance! (Photo by Francisco Guerra, Ralph Rinzler Folklife Archives)

The 2016 Smithsonian Folklife Festival runs this year from June 29-July 4 and July 7-10. Admission is free. Festival hours are from 11 a.m. to 5 p.m. each day, with special evening events beginning at 6:30 p.m. For more information:  https://www.festival.si.edu. 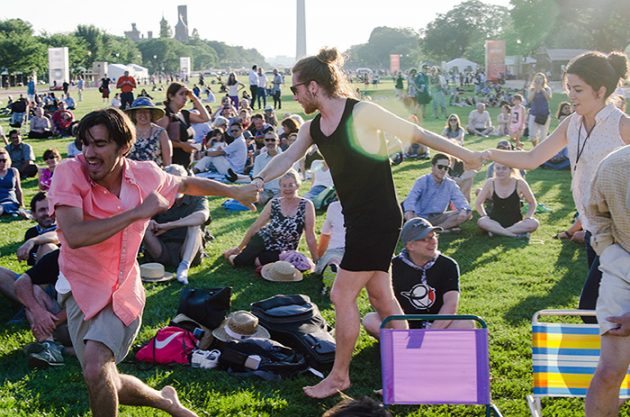 he day evening with an evening concert by Basque accordion virtuoso Kepa Junkera. Dancers from Aukeran and visitors joined in kalejira, the Basque festival tradition of “going around singing and dancing.” Photo by Josh Weilepp, Ralph Rinzler Folklife Archives