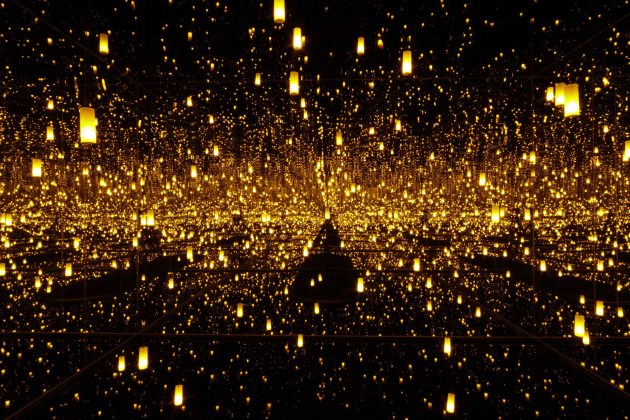 Even in its final days at the Smithsonian’s Hirshhorn Museum and Sculpture Garden, “Yayoi Kusama: Infinity Mirrors” drew sold-out crowds to witness the exhibition’s colorful dots, sparkling lights and glowing pumpkins, and to share images far and wide on social media.

The draw of the show was its mesmerizing visual feast. During its run from Feb. 23 to May 14, the show broke museum attendance records, with 160,000 people visiting the infinity mirror rooms and 475,000 visitors to the museum’s galleries and sculpture garden, the highest ever spring attendance since the Hirshhorn opened in 1974. Additionally, Instagram users posted 34,000 images of the exhibition to their accounts, and the #InfiniteKusama hashtag reached 91 million Twitter and Instagram accounts.

Insider spoke with Hirshhorn curator Mika Yoshitake about her experiences meeting Kusama and preparing for the show.

Q: Kusama is a prolific artist. How did you manage the process of choosing works for the exhibition? 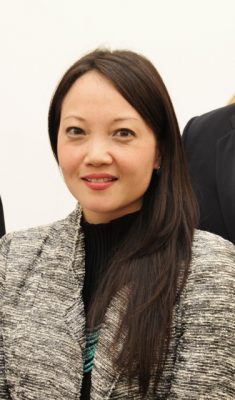 Yoshitake: I had not met [Kusama] before this project, so communication began through her gallery Ota Fine Arts in Tokyo in 2014, and the owner, Hidenori Ota. The studio is highly organized—there are binders and binders organized by year, so I started by sifting through that material. And even though Kusama is based in Tokyo, she’s from Matsumoto, a very remote part of central Japan, in the mountains. Many of the works that she owns are housed there at the Matsumoto City Museum of Art.

Q: You traveled to Matsumoto to research Kusama and her body of work?

Yoshitake: It was quite a trek to get there.

I actually hadn’t known about some of these works before. The curator showed us everything, even a drawing the artist did when she was 10, back to the surrealist paintings she was doing in the early 1950s, and many of her recent paintings. There were corridors filled with these stuffed fabric forms, and mirrored discs. The entire collection showed the whole range of her work. 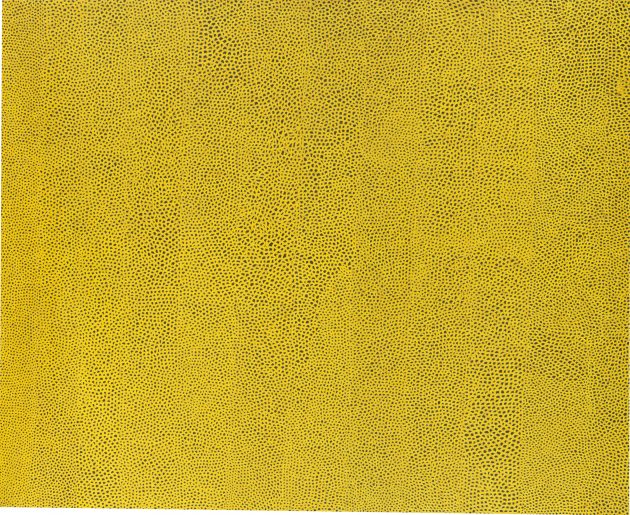 Q: Kusama was a part of the 1960s New York art scene, but overshadowed by other artists. How has her influence evolved since then?

Yoshitake: She was very singular, very much in dialogue against what was popular at the time, which was mostly pop art and minimalism. One example is a series of silkscreens she made, called the Thousand Boat Show, where she had an installation of a boat along with photographs of that boat—999 of them, and the thousandth boat was the real boat. Andy Warhol came to see her show. He is known for making these repetitious serial images, and though Kusama was making hers before him, he received more attention for his works.

No one talked about her as much. I think it’s because she was female and Asian. She went through a very difficult period and she was finally praised in the late 1980s. So it took almost 25 years later to really make it.

Q: How was it meeting Kusama for the first time?

Yoshitake: She’s eccentric! She’s always wearing this bright, pinkish-red wig, and a polka dotted pink and black dress, or with her pumpkin-yellow and black design. But she’s very serious. When I first met her she looked up at me and held out her hand for my business card. She wanted to know exactly who I was, no small talk. She’s very serious about how she’s being perceived, but she’s very witty and sharp, and I was terrified when I first went; she’s had such a life and career that she doesn’t just say yes to everything. But she was quickly very generous, talking over lunch about her past, showing me her recent work, and asking me to comment.

Q: How is she perceived in Japan?

Yoshitake: The Japanese love her work—she’s become a cultural icon. She has such signature patterns and styles, and I think she’s so popular because her work is so recognizable and speaks to so many age groups, from little kids to older adults.

She’s also done collaborations with Louis Vuitton and Uniqlo that’s given her high visibility, so people know her in the culture sphere at large, beyond the art world. People just know who she is.

Q: What is it about her work that draws you in? Or that draws other people in?

Yoshitake: What draws me to her work is that it’s very universal. It’s a simple motif, whether it’s dots or nets, and these mirror rooms are extensions of these motifs. When she was a young child, she had these hallucinatory visions, and would obsessively paint these dots. She had a vision that these dots could continue and extend beyond the paper onto her desk and walls and into the world and environment. These mirror rooms are actualizations of her young visions.

She called her idea obliteration. Though you’re reflected in the mirrors, you’re overtaken by the dots and LED diodes. If you’re in the space with someone else, your bodies are masked and overtaken by the beauty of the lights or dots.

There’s a philosophical dimension, of connecting between the self and the other, which is something very basic when we’re living in a world where there are still these xenophobic ideas, there’s this element of trying to transcend this otherness. It’s a visually compelling way in which to describe contemporary politics, and the philosophy of trying to connect with others.

Q: How was your experience with the public response to the exhibition?

Yoshitake: The Washingtonian’s story of the surprise proposal inside Souls of Millions of Light Years Away stands out. I am amazed that this exhibition helped create such memorable experiences for visitors.

Adding 750,000 dots to The Obliteration Room