Stephanie Stebich, executive director of the Tacoma Art Museum in Tacoma, Wash., since 2005, has been named The Margaret and Terry Stent Director of the Smithsonian American Art Museum, effective April 3.

“Stephanie brings a wealth of experience to the directorship of the Smithsonian American Art Museum, having served in leadership roles in major and regional museums across America,” said Smithsonian Secretary David Skorton. “She has the knowledge, skill and stellar reputation that will enable her to build upon and extend the museum’s marvelous success in the years ahead.” 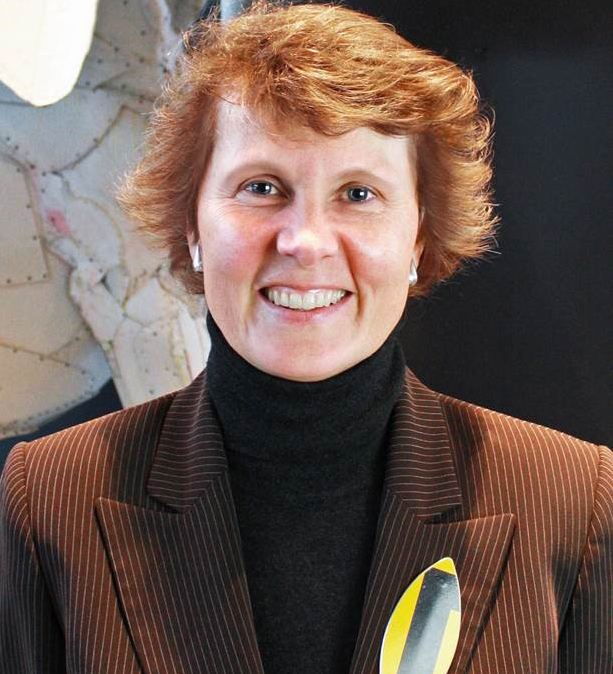 “I am honored to have been chosen to lead the national museum of American art in our nation’s capital,” Stebich said. “I am eager to tell the inspiring stories of American art through the museum’s phenomenal collections and dynamic programs. I look forward to working with the museum’s talented staff and the other directors of Smithsonian museums.”

Stebich follows Elizabeth Broun, who served as director of the Smithsonian American Art Museum from Aug. 1989 through 2016. The position includes directing the Renwick Gallery, a branch museum for contemporary craft and decorative art just steps from the White House.

As head of the Tacoma Art Museum for almost 12 years, Stebich raised funds for a major renovation that doubled the museum’s exhibition space, developed and implemented a strategic plan, as well as a 10-year collection plan. She increased the collection by 2,000 artworks, including the Haub Family Collection of Western American art and art of the Northwest. She added major pieces to form the largest collection of works in glass by Dale Chihuly, a Tacoma native, on view in a museum. She also developed through gift and purchase an important collection of studio art jewelry by artists from the Northwest and one of the nation’s premier western American art collections.

In 2010 Stebich launched a capital campaign with a goal of $17 million and has raised more than $37 million to date. She increased the Tacoma Art Museum’s full-time staff by 20 percent and added endowed curator, educator and fellow positions in recent years. More than 100 exhibitions opened during Stebich’s tenure, including Matika Wilbur’s “Project 562,” “Edvard Munch and the Sea” and “Art AIDS America” and traveling exhibitions featuring works by Norman Rockwell and Georgia O’Keeffe.

A current trustee of the American Alliance of Museums, she chairs the global steering committee and is the incoming national program chair. As a former trustee of the Association of Art Museum Directors, Stebich chaired the membership committee leading a major effort to enhance diversity in museum leadership.

As assistant director of the Minneapolis Institute of Arts (2001–2004), she was responsible for visitor services, public programs, interactive media and special events. Stebich also co-chaired a free city-wide festival of world arts.

During her six years at the Cleveland Museum of Art (1995–2001), Stebich coordinated the strategic and facilities planning processes in support of the director and board of trustees. She managed the architect selection process for the major expansion and renovation project.

Stebich grew up in Scarsdale, N.Y., and graduated from Phillips Exeter Academy in Exeter, N.H. She received her bachelor’s degree from Columbia University and her master’s degree at New York University’s Institute of Fine Arts. In addition, she has a certificate in non-profit management from Case Western Reserve University in Cleveland and is a graduate of the Getty Leadership Institute in Los Angeles. She was a fellow at the Guggenheim Museum and studied at the University of London’s University College. She is fluent in German and French.