The Smithsonian Institution’s Board of Regents announced today it elected Dr. David J. Skorton, president of Cornell University and a board-certified cardiologist, as the 13th Secretary of the Smithsonian, effective July 2015.

Skorton, 64, has been president of Cornell University since July 2006; he is also a professor in the Departments of Medicine and Pediatrics at Weill Cornell Medical College, and in the Department of Biomedical Engineering at the College of Engineering. His research focus is congenital heart disease, cardiac imaging and image processing. Skorton will be the first physician to lead the Smithsonian. 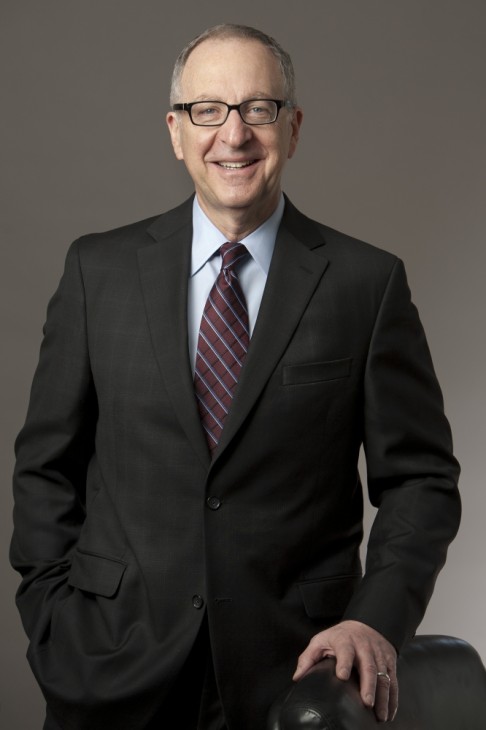 Before becoming Cornell University’s president, Skorton was president of the University of Iowa from 2003 to 2006. He was a member of its faculty for 26 years.

“David Skorton has demonstrated keen vision and skilled leadership as the president of two great American universities,” said John G. Roberts, Jr., Smithsonian Chancellor and Chief Justice of the United States. “His character, experience and talents are an ideal match for the Smithsonian’s broad and dynamic range of interests, endeavors and aspirations. I look forward to working with David to increase the impact of an incomparable American institution across the spectrum of arts, sciences, education, and culture.”

Skorton has called for fresh thinking and new alliances to serve society through science, technology, humanities and the arts to develop the next generation of thought leaders.

“Becoming a part of the Smithsonian is a once-in-a-lifetime opportunity to lead an institution that is at the heart of the country’s cultural, artistic, historical and scientific life,” Skorton said. “I am honored by the Board of Regents’ decision. I look forward with great enthusiasm to partnering with the excellent staff and volunteers, and engaging with the Regents, Congress and the Smithsonian’s many friends, supporters and affiliates to further extend our reach. I am eager to work with the leaders of Washington’s art, science and cultural centers to emphasize the critical importance of these disciplines.”

The Regents’ nine-member search committee was led by current Board Chair John McCarter, who said Skorton was selected because he is a well-rounded, accomplished leader.

“As a successful president of two universities, David has led complex organizations,” McCarter said. “He is an accomplished research scientist and a strong advocate for the arts and humanities, which make him an extraordinary fit for the Smithsonian. I am confident David is the right leader for our future, as we stress continuity and aspire to further expand the Smithsonian’s presence nationally, internationally and in Washington, D.C.”

Under Skorton’s leadership, Cornell partnered with Technion-Israel Institute of Technology to win an international competition to develop a new type of graduate school, Cornell NYC Tech, under development on Roosevelt Island in New York City. The graduate school, currently operating in space donated by Google Inc. in Manhattan, combines deep technical knowledge with real-world experience and an entrepreneurial culture.

Skorton is a strong proponent of industry–university partnerships. He has been active in innovation and economic development at the state and national levels to bring business and universities together toward diversifying regional economies. He is a member and past chair of the Business-Higher Education Forum, an independent, nonprofit organization of industry CEOs, leaders of colleges and universities, and foundation executives. He is a life member of the Council on Foreign Relations.

A highly effective fundraiser, Skorton led a team that raised more than $5 billion during his presidency at Cornell. At the University of Iowa, he completed the first billion-dollar campaign in the state.

A pioneer in applying computer analysis and processing techniques to cardiac imaging, he has published two major texts and numerous articles, reviews and book chapters on cardiac imaging and image processing.

Skorton was elected to the Institute of Medicine of the National Academies and is a fellow of the American Academy of Arts and Sciences. A national leader in research ethics, he was the charter president of the Association for the Accreditation of Human Research Protection Programs Inc., the first group organized specifically to accredit human research protection programs.

His memberships and board service have included the American College of Cardiology, American Heart Association, Council on Competitiveness and Korea America Friendship Society.

Skorton earned his bachelor’s degree in psychology in 1970 and his M.D. in 1974, both from Northwestern University. He completed his medical residency and fellowship in cardiology at the University of California, Los Angeles in 1979. He is married to Robin L. Davisson, The Andrew Dickson White Professor of Molecular Physiology at Cornell University. A jazz musician, Skorton plays the saxophone and flute.

Skorton succeeds Wayne Clough, who will retire from the Smithsonian at the end of 2014. An acting Secretary for the period between Clough’s departure and Skorton’s arrival will be named at a later date.

In September 2013, the Smithsonian’s Board of Regents formed a nine-member committee to search for a Secretary to succeed Clough. The committee was assisted by Russell Reynolds Associates. McCarter led the search committee; Regent Shirley Ann Jackson served as vice chair.

The Regents committee and search firm conducted meetings with key Smithsonian stakeholders, employees and the public to solicit their views on the next Secretary. The committee conducted interviews in December 2013 and January 2014; the full Board of Regents voted on the new Secretary Sunday, March 9.

About the Board of Regents

The Smithsonian Institution was founded in 1846, with a generous bequest from British scientist James Smithson (1765-1829) to found at Washington an establishment for “the increase and diffusion of knowledge.” The Smithsonian is the world’s largest museum and research complex, with 19 museums and galleries and the National Zoological Park.

The Smithsonian’s collections document the nation’s history and heritage and represent the world’s natural and cultural diversity. The total number of objects, works of art and specimens at the Smithsonian is estimated at nearly 137 million, including more than 126 million specimens and artifacts at the National Museum of Natural History.

There were more than 30 million visits to the museums and National Zoo in 2013. The Smithsonian also has 140 million unique visitors to its websites.

The Smithsonian has 6,500 employees and 6,300 volunteers. It has 185 affiliate museums in 43 states, Puerto Rico and Panama. The Smithsonian Institution Traveling Exhibition Service organizes exhibitions on art, history and science and circulates them around the country. Each year, SITES travels more than 50 exhibitions to hundreds of U.S. cities and towns from coast to coast, where they are viewed by millions of people.

The Smithsonian has a total annual budget of $1.3 billion. The federal appropriation for fiscal year 2014 is $805 million, about 62 percent of the budget.