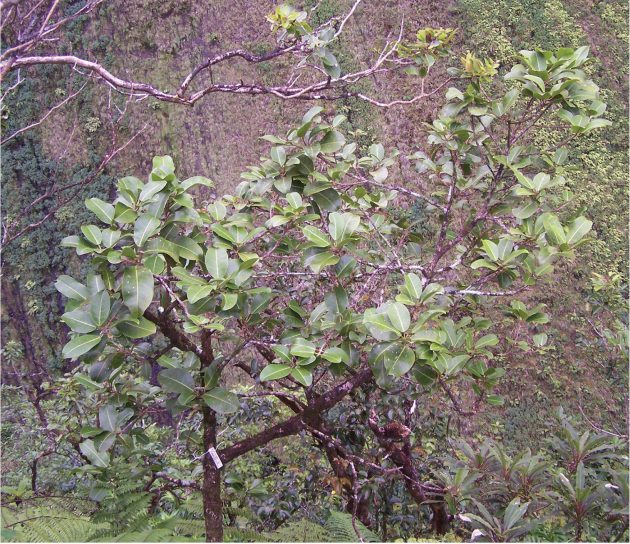 A newly discovered Hawaiian tree recently had the distinction of being added to the International Union for the Conservation of Nature’s Red List of Critically Endangered Species in the same scientific article in which it was named.

Melicope oppenheimeri, named last year in the journal PhytoKeys by botanists Marc Appelhans and Warren Wagner of the Smithsonian’s National Museum of Natural History and Kenneth Wood of the National Tropical Botanical Garden in Hawaii, is known today from only 3 wild specimens on an isolated cliff-base plateau in West Maui’s upper Waihe‘e Valley. Seven wild specimens first drew the attention of botanists in 1998. Four have since died.

“It ranks among the rarest species on this planet,” Appelhans and Wagner write in the Natural History Museum’s Botany Department Newsletter.

Feral pigs introduced by humans and the forest degradation they have caused on West Maui are largely responsible for altering the lowland wet forest community on this plateau and allowing invasive weeds to dominate, threatening M. oppenheimeri and other indigenous plant species, the scientists write in their journal article.

Measures have begun to prevent the extinction of M. oppenheimeri with the establishment of two new individuals. Botanists used air layering, a replicating method that allows rooting of the branches of woody plants while they are still attached to the parent, to start the new trees that now grow at the Olinda Rare Plant Facility on Maui. 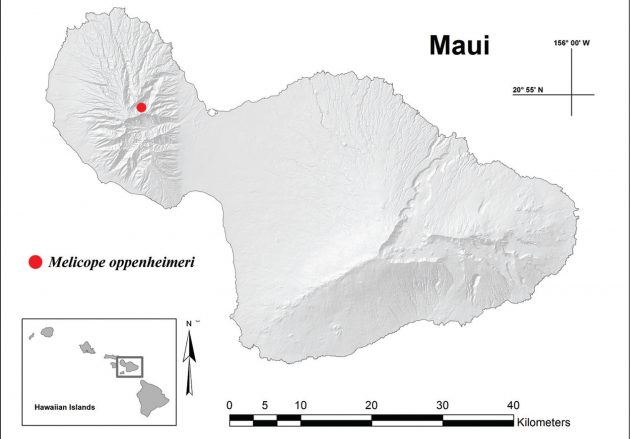 Melicope is one example of a Hawaiian tree lineage that over centuries diversified through adaptive radiation to become species rich. Currently there are 49 recognized species of this lineage from the Hawaiian Islands. Five are regarded as possibly extinct and another 23 (including M. oppenheimeri) are either federally listed as endangered or are considered species of concern.

Concern is high for much of the native flora in Hawaii particularly considering the narrow geographic range, strict habitat requirements and low population numbers of many species. Melicope, for example, rely on insects for pollination and birds for dispersal of its seeds, Woods, Appelhans and Wagner write in PhytoKeys. It is unknown how many of Hawaii’s 10,000 native insect species are extinct, but 79 of its native bird species are gone. Only 32 remain.

Continuing decline of native pollinators and seed dispersers, spread of non-native plants, predation by introduced vertebrates, storm destruction all spell trouble for the future of many of these plants. 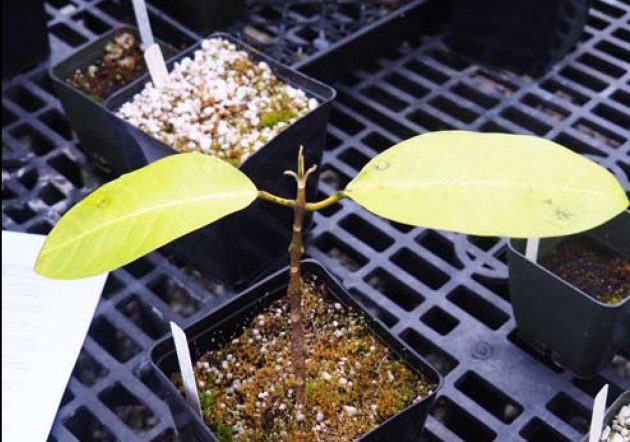 A cultivated individual of “M. oppenheimeri” growing at the Olinda Rare Plant Facility in East Maui.

(M. oppenheimeri was named in honor of Hank Oppenheimer, botanist with the Maui Nui Plant Extinction Prevention Program, who collected the M. oppenheimeri type specimen and has made many valuable contributions to the understanding and conservation of Hawaiian flora.)