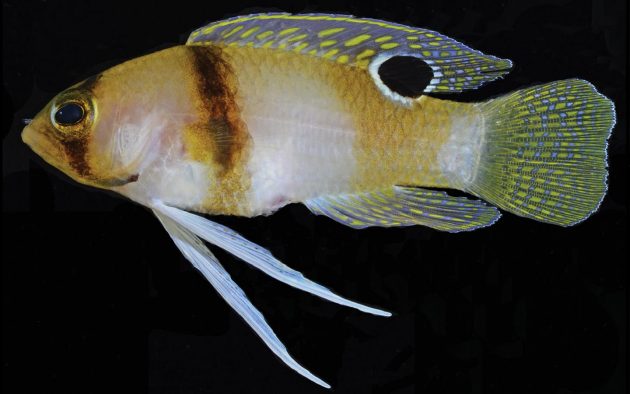 Living in deep reefs in the Atlantic Ocean, the banded basslet, a small and colorful species with a wide range of distribution, has long been thought to undergo significant changes during its growth into an adult. Suspiciously, the juveniles appeared much more heavily banded. Recently, however, American scientists figured out that the ‘juveniles’ were in fact a new species.

In a paper published in the open access journal ZooKeys, Carole C. Baldwin, Ai Nonaka, Dr. Luke Tornabene, all affiliated with the Smithsonian’s National Museum of Natural History, and Ross Robertson of the Smithsonian Tropical Research Institute in Panama, describe two new basslet species discovered in the Caribbean off the southern coast of Curaçao. Their finding comes as part of the Smithsonian’s Deep Reef Observation Project, devoted to documenting the biodiversity in the poorly studied depth zone of 50-300 meters with the help of a special submersible, called Curasub. 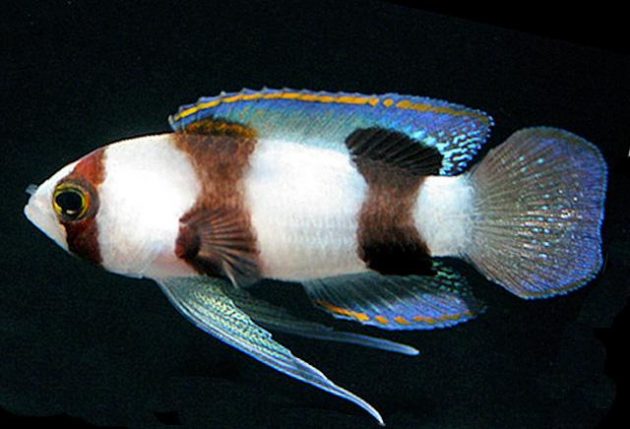 Having been previously confused with the banded basslet’s juveniles, one of the new species was discovered after the submersible’s hydraulic arms collected specimens with smaller size and thicker bands from shallower depths. Subsequent study of the specimens revealed additional morphological, as well as molecular, evidence that suggest the specimens represent a new species.

The species is characterized by predominantly white to tan colored body with three vertical blackish bands, one running across its head, and two along the body. The latter often appear hourglass-shaped, with their middles being narrower and lighter. Due to this resemblance, the authors suggest that the new species is commonly called Hourglass basslet, while its scientific name is Lipogramma levinsoni, in recognition of the generous and continuing support of research on neotropical biology at the Smithsonian Tropical Research Institute (Panamá) made by Frank Levinson.

The second new basslet from Curaçao can be distinguished by the three dusky bars likewise running across its head and body. Its ground color is yellow to white, with the bar at the rear being much lighter than the rest. Reflecting its appearance, its common name is proposed to be Yellow-banded basslet, while its scientific identity is Lipogramma haberi, in recognition of Spencer and Tomoko Haber, who funded and participated in one of the submersible dives that resulted in the collection of a paratype of the new species.

In their study, the researchers also point out that it is likely that there are at least two additional cryptic species belonging to the same genus. Those species are currently being analyzed in ongoing investigations of the Caribbean deep-reef ecosystems. (Source: Pensoft Publishers)