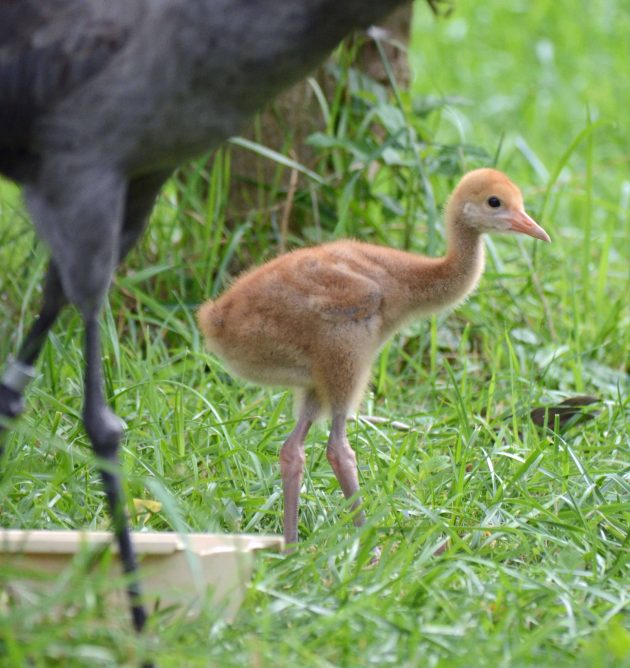 The Smithsonian Conservation Biology Institute (SCBI) hatched its first hooded crane chick June 14. The chick was born as the result of artificial insemination. The chick is being raised by its parents and appears to be doing well. This is the first chick for Tempest (female) and Mr. Crane (male).

SCBI is now home to eight of the 26 birds in the Hooded Crane Species Survival Plan in North America. There are less than 8,000 hooded cranes in the wild and the species is classified as vulnerable by the International Union for Conservation of Nature. 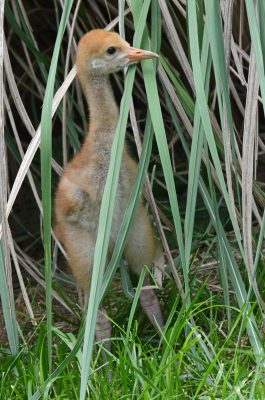 SCBI has a successful crane breeding program. In addition to the birth of this hooded crane chick, 40 white-naped cranes have been born at SCBI. Twenty of those chicks were born as the result of artificial inseminations.

SCBI plays a leading role in the Smithsonian’s global efforts to save wildlife species from extinction and train future generations of conservationists. SCBI spearheads research programs at its headquarters in Front Royal, Virginia, the Smithsonian’s National Zoo in Washington, D.C., and at field research stations and training sites worldwide. SCBI scientists tackle some of today’s most complex conservation challenges by applying and sharing what they learn about animal behavior and reproduction, ecology, genetics, migration and conservation sustainability.