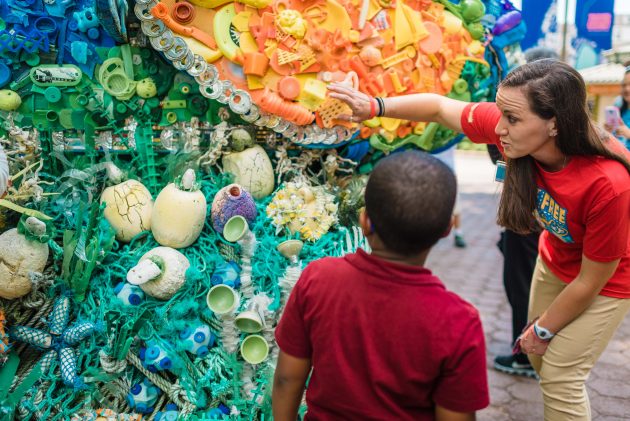 All “Washed Ashore: Art to Save the Sea” images courtesy National Zoological Park

Great white sharks, killer whales, sea lions, even polar bears—the ocean is full of giant predators. But one of the ocean’s worst enemies is not part of the natural habitat or food pyramid: trash.

Human pollution of the world’s oceans is a major threat to the countless species that call the Earth’s waters home. Angela Haseltine Pozzi of the Washed Ashore Project is using her combined expertise in education and art to raise awareness of this growing problem.

Pozzi’s traveling art exhibit, “Washed Ashore: Art to Save the Sea,” features 17 sculptures of marine wildlife—all bigger than life-size and made entirely of plastics she and her volunteers have found along the beaches of the West Coast. The exhibit is being featured at the Smithsonian’s National Zoo, along Olmstead Walk. 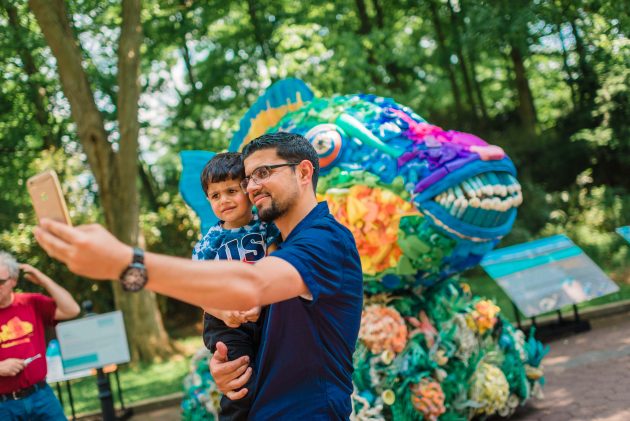 “The exhibit at the Zoo appears to be a wonderful success,” Pozzi says. “I have seen dozens of visitors stopping and looking closely, then entering into discussions and then really thinking about the marine debris issue. Besides raising awareness, one of our goals is for the public to start taking ownership of the problem and reevaluating their own plastic usage. We hope to spark positive changes in consumer habits. Every piece of plastic in our exhibit that we have picked up off the beaches, every single bit of it, was once purchased by somebody.”

Pozzi speaks highly of the Smithsonian. “The staff and the volunteers at the Zoo have been the best support system around one of our exhibits I’ve seen in the last 6 years,” she says. 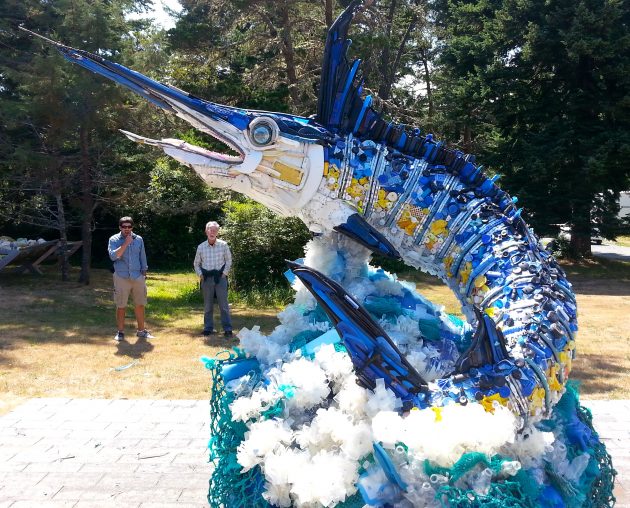 Hagedorn of the Smithsonian Conservation Biology Institute has been working for 12 years to save coral reefs, which are some of the most delicate and important ecosystems in our oceans. “For me personally, the “Washed Ashore” exhibit really brought to light, in a beautiful way, just how disgusting all the garbage that pervades our oceans is,” Hagedorn says.

The exhibit has helped bring attention to and spark conversation about the cause Hagedorn has dedicated her life to: helping to conserve our oceans’ marine life. “I think that the sculptures are really beautiful, and they connect with people’s emotions, especially kids.” 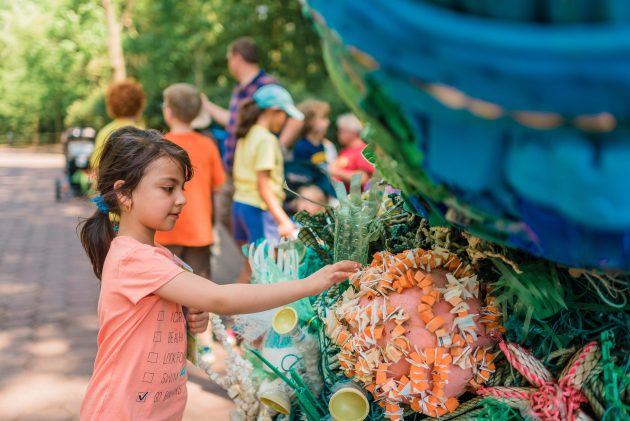 Pozzi agrees. “Kids get it first, she says. “They just don’t have the screen of all the guilt and the consumer habits already in place.”

Not only do kids get the opportunity to learn about individual sea creatures, but they are also able to identify everyday objects that make up the sculpture, and they quickly realize that flip-flops and bottle caps don’t belong in the sea. The sculptures serve as a sort of “I Spy” or “Find-It” game, engaging the children visually. The marlins, sharks, fish, and whalebones are colorful conversation starters between parents and children, scientists and the public. The shark looks not so much like something to fear, but an animal worth saving.

“I want to use the power of the arts to bring it to people so that they will not ignore it. And they will want their picture taken next to it and they will talk about it. Then they’ll want to know more and we can educate them,” Pozzi says. 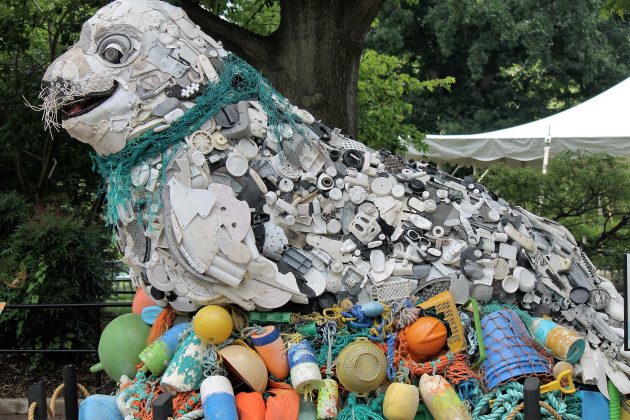 When asked what we can do to help save the ocean, Hagedorn doesn’t hesitate. “Obviously the exhibit is about plastic, so stop using and throwing out plastic bags. But more importantly, eating less meat each week really helps our oceans. Eating less meat on a weekly basis cuts down enormously on a person’s carbon footprint. This is due to the methane the animals produce and the inefficiencies in growing their food. Although pollution is an important issue for the oceans, climate change caused by our overuse of fossil fuels is changing our entire planet. Even though it is a global issue, by changing our personal patterns, we can effect global patterns enormously.” 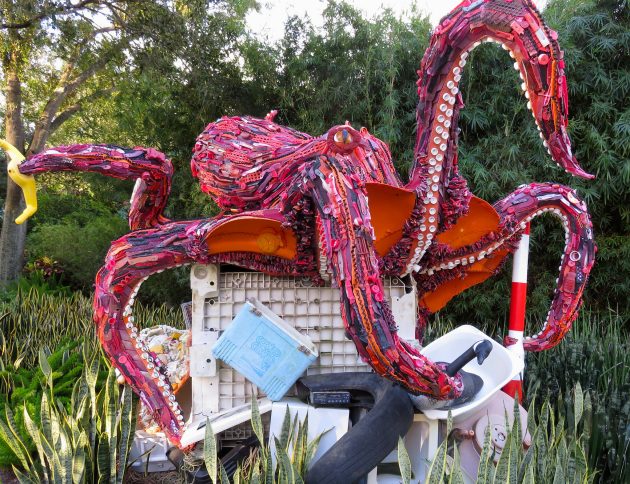 A new documentary about “Washed Ashore,” featuring footage from the Washington, D.C. project, will be released in January 2017.

“Washed Ashore: Art to Save the Sea” will run at the National Zoo through September 5, 2016. To see more of Washed Ashore, check out Pozzi’s “Turtle Ocean,” currently on display in Ocean Hall at the Smithsonian’s National Museum of Natural History.