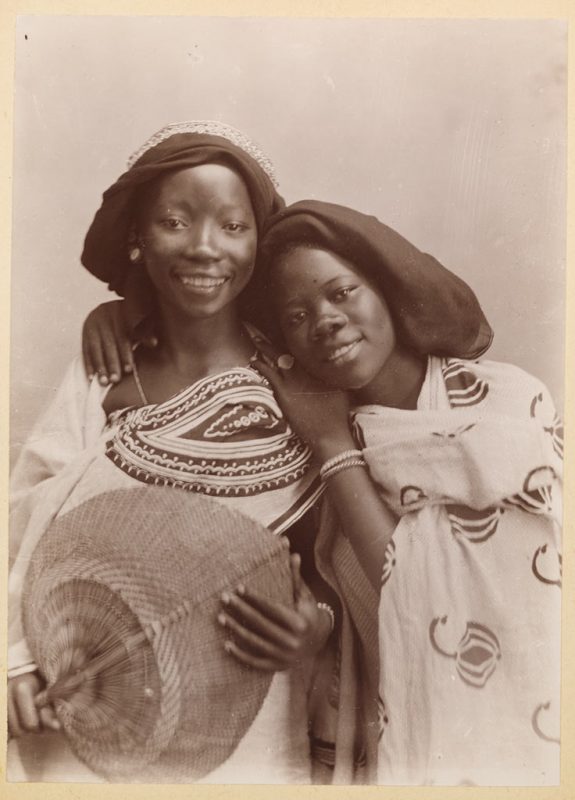 “Sailors and Daughters: Early Photography and the Indian Ocean,” an online exhibition from the National Museum of African Art, explores the expansive maritime societies of Zanzibar, the east African coast, and beyond. From the 1840s, cameras traced the international migrations of traders, sailors, sons, and daughters through Indian Ocean ports, continuing trade that dates back over five millennia.

During that time feminine beauty was viewed as both intensely personal and a commodity. Sailors working on the Indian Ocean for ten months of the year relayed tales of Zanzibar’s legendary beauties, whose images were captured in touristic photographs. Studios experimented with the formal qualities of their models, as seen in this photograph (above) for the commercial market. Photographers framed young women’s faces and bodies with careful lighting, emphasizing their adornment, decorum, and elegance. The effect is at once inviting and distancing.