What happens at the National Zoo when it snows? 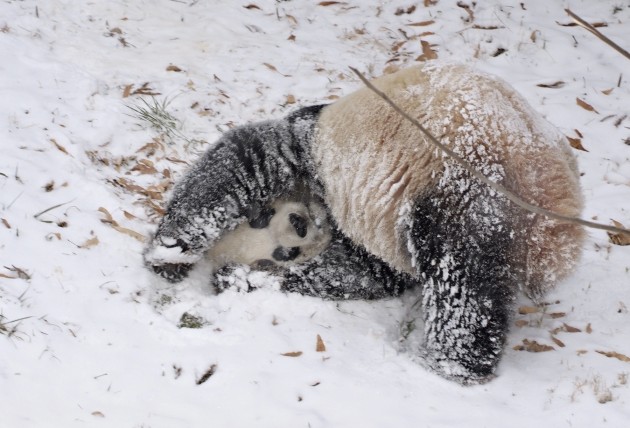 Mei Xiang, a 10-year-old female giant panda rolls down the snow-covered hill at the National Zoo in 2014.

Snowstorms and blizzards send people to raid supermarkets and prepare their homes for days of staying indoors, but how do the animals at the Smithsonian’s National Zoo prepare for a winter storm?

Many animals (including giant pandas and red pandas) are native to cooler areas and enjoy the winter weather. Even some animals whose habitat includes warmer climates, like great cats and elephants, can acclimatize to the cold. But regardless of their natural habitats, the National Zoo’s animal care team closely monitors temperatures and weather to ensure the well-being of all the animals.

In the case of extreme weather, animals may not be given access to the outdoors. Those that are allowed outside for short periods of time will be monitored and have access to shelter and/or heating elements.

Safety is the number one priority, but playing in the snow is also lots of fun. Here are some photos of a few of the National Zoo’s animals enjoying the snow:

(These photos of National Zoo animals enjoying the snow were taken in years past.)