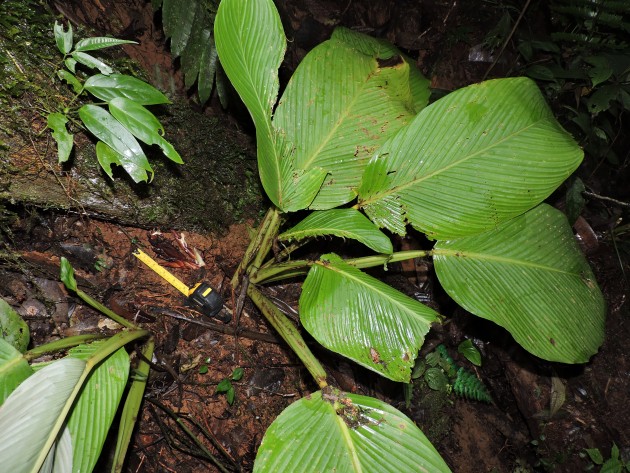 “Carmen has been the direct or indirect teacher for many botanists in Panama,” Flores said. “She’s extremely dedicated and is an example for us to follow.”

C. galdamesiana belongs to the Marantaceae family, identified by the large, oval leaves of C. lutea known as bijao, natural wrappers for food like tamales and juanes. The new species is distinguished from several dozen other species of Calathea by the shape of its leaves. In addition, the new species’ one-to-four inflorescences—flower-bearing structures—are produced on a shoot that extends along the ground from an underground stem (rhizome), a very unusual plant character. 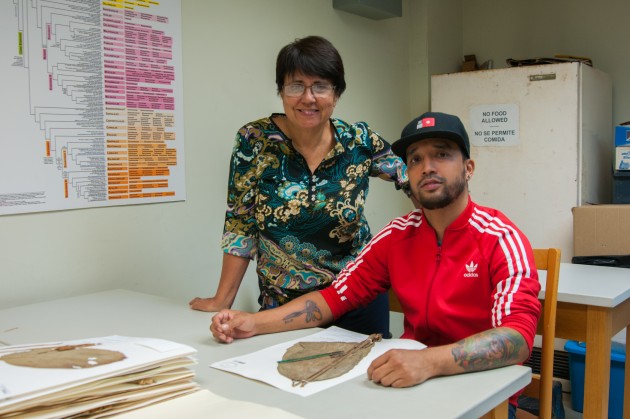 Flores discovered the only known example of C. galdamesianain Panama’s Santa Fe National Park where he was participating in a biological diversity inventory organized by the Panamanian Ministry of the Environment’s Mesoamerican Biological Corridor Project. New collections and the formal species description were carried out as part of STRI’s Nagoya Protocol Project.

The new species will be included in Kennedy’s treatment of the Marantaceae family in The Flora Mesoamericana, an initiative of the Missouri Botanical Garden, the Universidad Nacional Autónoma de México and the Natural History Museum (London), which will be published in Spanish so it will be accessible to botany students and professionals in Latin America.

Kennedy, who worked at STRI with former staff scientist Robert Dressler and also as curator at Panama’s Summit Garden herbarium in Panama, wanted to honor Galdames for her role in plant taxonomy.

“Carmen Galdames has always been very helpful to me when I was at the STRI herbarium,” she said. “It is an honor for us to acknowledge her in this manner.” 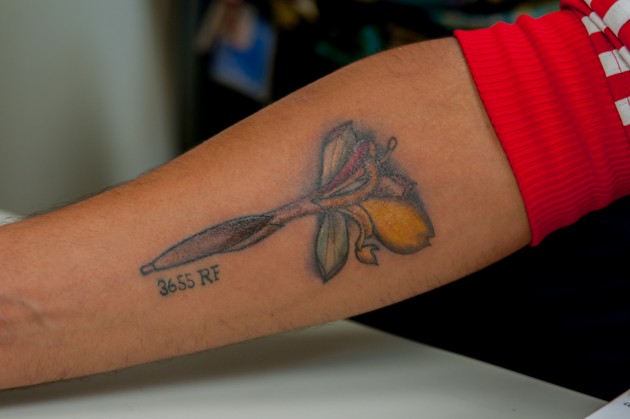 Flores not only added the plant to the Smithsonian’s herbarium, he also added it to his collection of tattoos. Now working in the STRI herbarium, Flores has also been an intern at the Missouri Botanical Garden where he identified plants collected during a project led by Alicia Ibáñez as part of the International Cooperative Biodiversity Group’s efforts to inventory botanically underexplored areas in Panama. During two months of intense work with several specialists from Missouri Botanical Garden, Rodolfo came back with more than 20 plant species new to science, which now await description, and more than 15 new plant records to Panama, including one new genus for Mesoamerica. He plans to travel to Marie Selby Botanical Gardens to work with Bruce Holst, a specialist on the Myrtaceae plant family. 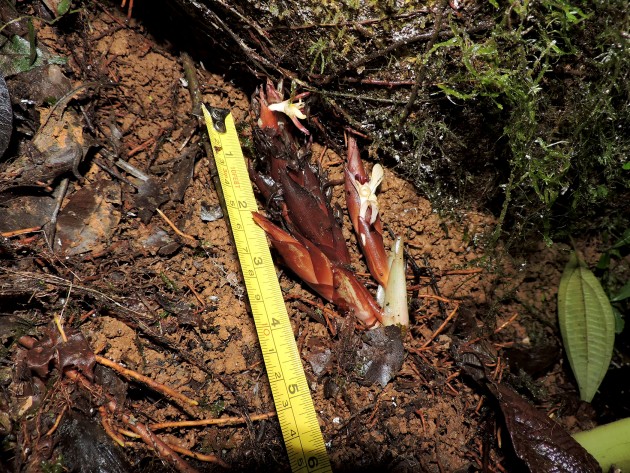 “People are always surprised when they hear the stories behind my tattoos,” said Flores, who has even been arrested and held overnight in jail because gangs in Panama often identify themselves via tattooed symbols. “One of my tattoos combines my favorite childhood stories about the existence of forest sprites (duendes) as well as one of my favorite cultural movements—hip-hop or breakdancing—which I’ve been involved in for the past 15 years, and my profession as a botanist.”