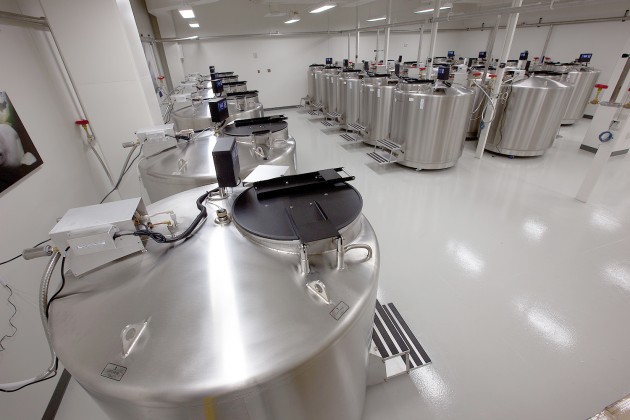 Once captured, genomic samples will be stored in the Smithsonian’s biorepository, a complex of sub-zero freezers which can hold up to 4 million cryo-preserved samples in perpetuity, located at the Museum Support Center in Suitland, Md. Samples will represent diversity from the major branches on the tree of life and will be made available to researchers worldwide. (Photo by Donald E. Hurlbert)

The Smithsonian’s National Museum of Natural History announced today that scientists with the museum’s Global Genome Initiative will attempt to capture the genomic diversity of half the world’s living plant genera in the next two years. To start, GGI scientists and field teams from the museum’s Department of Botany have begun sampling plants in the holdings of Smithsonian Gardens, the U.S. Botanic Garden and the U.S. Department of Agriculture’s U.S. National Arboretum.

Tissue samples from these collections will be preserved by freezing in liquid nitrogen and then stored indefinitely in the Smithsonian’s biorepository at its Museum Support Center in Suitland, Md. A pressed specimen of each plant will be housed in the U.S. National Herbarium at the National Museum of Natural History. Scientists worldwide will be able to access the samples through the Global Genome Biodiversity Network’s data portal. 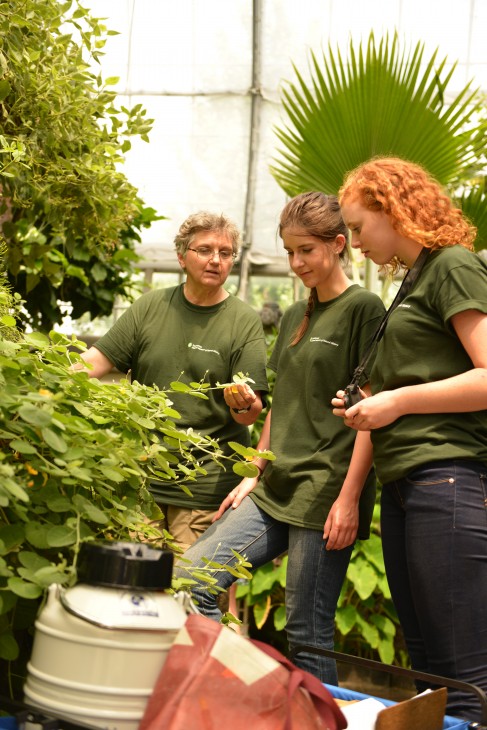 As part of the Global Genome Initiative’s commitment to train the next generation of genomic scientists, National Museum of Natural History curator, Vicki Funk, works with members of the summer field team to collect samples from the U.S. Botanic Garden. (Photo courtesy U.S. Botanic Garden)

“This pilot collaborative effort between the Smithsonian, U.S. National Arboretum and the U.S. Botanic Garden comes at an urgent time when the scientific community’s access to the world’s plant genomes—the blueprint of life—is limited due to biodiversity loss and lackluster genomic-research infrastructure,” says Jonathan Coddington, director of the National Museum of Natural History’s Global Genome Initiative. Scientists have estimated that the recent rate of species extinction is faster than at any other time in recorded history, perhaps 100 times faster than normal.

The gardens in Washington, D.C. contain plants from around the world, culled from desert climates to lush tropical rainforests. Young and aspiring scientists will assist the sampling project as part of GGI’s commitment to train the next generation of genomic scientists. 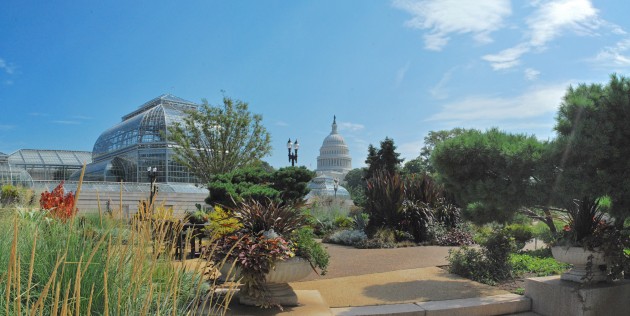 “Now more than ever, the Smithsonian is dedicated to increasing our knowledge about life on Earth through emerging genomic technologies and capabilities,” said John Kress, the Smithsonian’s interim Under Secretary for Science. “Partnering with botanical gardens around the world is an essential step in opening new doors to the hidden benefits that can emerge from the world’s plant genomes.”

To read a blog about this effort click here.