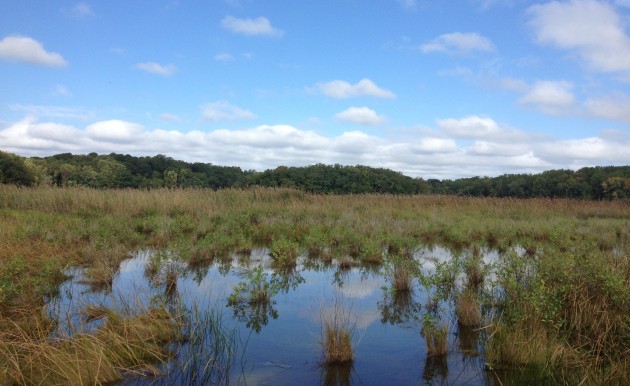 How much is a wetland worth?

It’s a question that has plagued policymakers, scientists and other leaders looking to protect their communities and slow down the pace of climate change. For the first time, thanks to a new report released Tuesday, scientists can calculate how much of a dent in greenhouses gases a restored wetland can create and use that to sell carbon credits.

“Coastal wetlands of the U.S. and of the world have been heavily degraded by a whole variety of human activity,” says Pat Megonigal, a biogeochemist at the Smithsonian Environmental Research Center who helped put the report together.  Activities that threaten wetlands include direct impacts, like human development, and indirect effects, like the accelerated sea-level rise from climate change.

More than half the wetlands in the lower 48 states of the U.S. have disappeared since the 1600s. This means the loss of their many life-sustaining benefits, such as protecting communities from storm surges, providing habitat for fish, blue crabs and other seafood, and—not least—burying “blue carbon,” the name for carbon stored in wetlands.

“These services can be restored by restoring the ecosystems,” Megonigal says. “But at this point the amount of coastal wetland area that needs to be restored far outstrips the financial resources that are available from governments and nonprofit organizations to pay for restoration.” 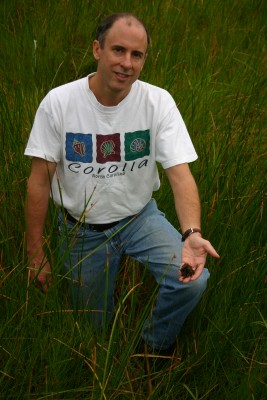 Pat Megonigal, a biogeochemist at the Smithsonian Environmental Research Center

The 118-page report, Methodology for Tidal Wetland and Seagrass Restoration, would help encourage investment in restoring tidal wetlands—a term that includes tidal marshes, seagrass meadows, mangroves and other tidal forests. To create it, scientists in the U.S. and Europe took a thorough look at how much carbon a restored wetland could bury and how much it could emit, and translated that into carbon credits. Companies and individuals can then purchase those carbon credits on a voluntary or policy-based market to offset carbon emissions they are unable to reduce.

Wetlands bury blue carbon primarily by removing carbon dioxide from the atmosphere through photosynthesis, and storing that carbon in plant biomass or in their soils. But no two wetlands are alike. The researchers had to account for the role of fires, salinity and a host of other factors.

One of the trickiest issues that Megonigal helped resolve was methane. Many wetlands contain soil microbes that release methane, a greenhouse gas up to 45 times as powerful as carbon dioxide over a century. Megonigal and methodology co-author Brian Needelman of the University of Maryland showed that how much methane a wetland emits depends largely on how salty it is. Marshes with salinities higher than 18 parts per thousand (about half as salty as the ocean) have lower methane emissions, making them more likely to be net absorbers of greenhouse gases.

The method received approval Tuesday from Verified Carbon Standard, an international program that helps assign carbon credits to hundreds of projects around the world. Communities can use the method to calculate carbon credits for wetlands anywhere on the globe. And according to Megonigal, a new method is also in the works, one that could generate carbon credits not just for restoring wetlands, but conserving them.