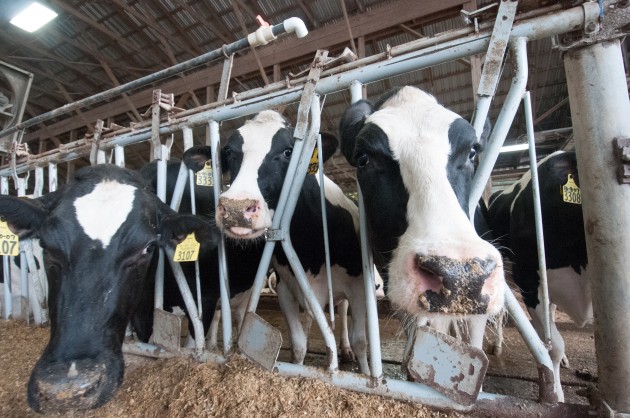 Dairy cows in Mount Joy, Penn. Biologists from the Smithsonian, University of New Mexico and Los Alamos National Laboratory have developed a new and better way to estimate the methane output of large numbers of herbivores. (USDA Photo by Lance Cheung)

Now here is something to ruminate on. About 85 percent of the methane produced by a cow comes out of its mouth as burps. The remainder exits the other end.

Methane is such a potent greenhouse gas that countries around the world are required to submit budgets to the Intergovernmental Panel on Climate Change estimating how much methane they expect to generate annually—including that being burped out by millions of cows, sheep and other livestock. To calculate this figure, some 30 different mathematical equations are in use based on the known methane outputs of specific livestock types, the type of food they are fed and their numbers. 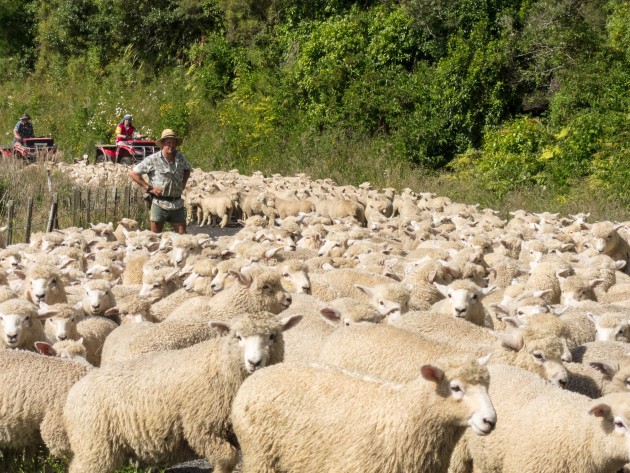 “As it turns out, there is a much simpler way to make these estimates based on the body mass of the animals,” say Kathleen Lyons of the Smithsonian’s National Museum of Natural History and Felisa Smith of the University of New Mexico, co-authors of a recent paper in the journal Global Change Biology. Using existing data Lyons, Smith and their colleagues have developed a single allometric equation that predicts methane output of herbivores—both ruminants (cows) and hindgut (horses)—more accurately than the many equations now in use, they say.

Basically the new equation focuses on body mass—the larger the animal the more methane it produces. For example, when a cow eats grass, it first goes into its foregut where microbes digest it, and methane is produced as a byproduct of this microbial fermentation. The larger the herbivore, the more slowly the plant material passes through its gut and the longer it stays inside the animal. This results in more methane. Hindgut herbivores such as horses produce methane at a lower rate than ruminants. 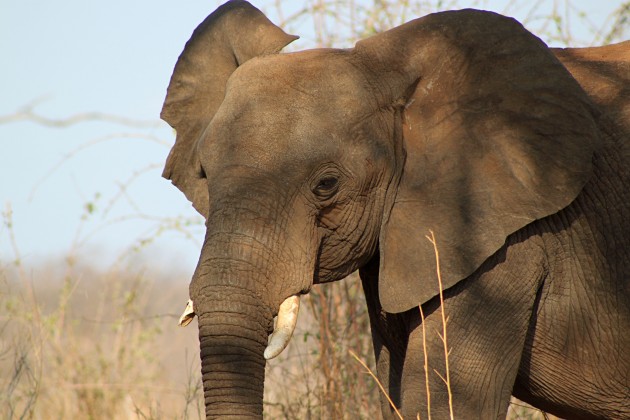 The new equation also allows estimates of the methane production of a country’s wildlife, something not normally incorporated in global methane budget reports. (Flickr photo by Pius Mahimbi)

About 35 percent of domestic methane in the U.S. comes from livestock. In countries with lots of sheep, 85 or 90 percent of their methane comes from animal production. Current estimates for smaller ruminants the size of sheep are problematic, the researchers say. Countries such as Australia and New Zealand with large numbers of sheep are very likely overestimating their methane emissions. “Using our equation will result in more accurate estimates and requires much less effort on the part of individual countries to calculate,” Lyons adds.

In addition, the new equation also allows estimates of the methane production of a country’s wildlife, something not normally incorporated in global methane budget reports. It works for herbivores as small as a groundhog to as large as hippos and elephants. “Wildlife produce substantial methane as a byproduct of microbial fermentation; in African countries, where there are still large populations of mega-herbivores like elephants, giraffe and rhino, their output is likely substantial,” Lyons and Smith say. Whether or not these numbers for wildlife will be significant to the overall global methane budget is unknown and warrants further study.”

“The easiest thing to say is the methane budgets currently being produced for individual countries don’t balance and they haven’t ever really balanced,” Smith says. “Knowing and quantifying in an accurate way how much methane you are producing are important. Methane is 20 times more effective at trapping the Earth’s heat than carbon dioxide.”

One interesting finding of the study is that by manipulating livestock size, countries may be able to reduce their methane emissions. One 220-pound sheep produces more methane than two 110-pound sheep, the researchers determined, despite having the same body mass. Depending on an animal’s purpose, in some instances choosing smaller animals may be an innovative way to mitigate methane emissions.

Killing of methane-producing megafauna may have caused cooling 13,000 years ago