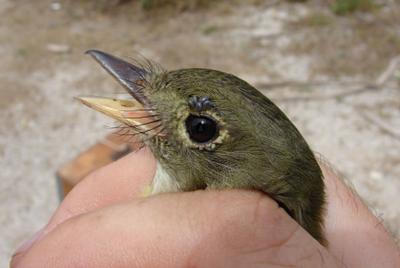 Researchers who examined thousands of migratory birds arriving in the United States from Central and South America have determined that three percent carry ticks species not normally present in the United States. Some of the birds, they say, carry disease-causing Ricksettia ticks.

Based on the total number of migratory birds arriving in the U.S. each spring—in the billions—the investigators estimated that more than 19 million exotic ticks hitchhike into the U.S. with them, says Emily Cohen, a postdoctoral fellow at the Smithsonian Migratory Bird Center in Washington, D.C. Cohen is co-author of a recent article on this study in Applied and Environmental Microbiology, a journal of the American Society for Microbiology.

As yet there is no evidence that any neotropical ticks have established themselves in the U.S. “It takes the right combination of biotic and abiotic features for the neotropical ticks to survive, reproduce and spread,” says co-author Sarah Hamer, Assistant Professor in the Department of Veterinary Integrative Biosciences at Texas A&M University. The ticks typically take their first and second blood meals on birds, but once they become adults, they seek out large mammals such as sloths or anteaters, she explains, noting the absence of these mammals in the U.S. 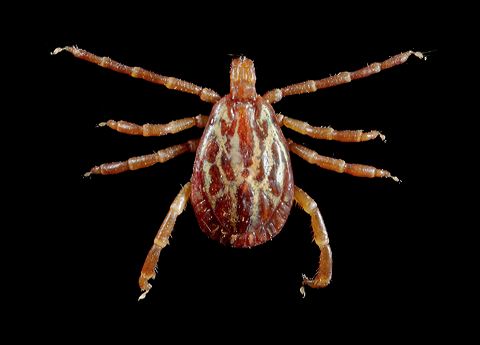 “Nonetheless, an adult of one of the neotropical tick species we found on migrants, Amblymma longirostre, was recently found crawling outside of a home in Oklahoma, in the fall,” says Cohen. It “could represent a bird-imported nymph that arrived in the spring and successfully molted.”

Precedent does exist for implicating migratory birds in range expansions of ticks and disease. For example, the range of African bont ticks and the livestock-infecting bacterial species they carry, Ehrlichia ruminatium, expanded to the Caribbean, probably after the ticks hitched a ride on migratory cattle egrets. E. ruminantium, causes heartwater disease, which reduces livestock productivity. Also, migratory birds are responsible for expanding populations of Lyme disease ticks beyond their northern distribution limit, into Canada.

The more general danger, Cohen says, is that the changing climate, or changes in other environmental conditions, could change the ranges of potential tick hosts, in ways that could enable the ticks to establish themselves. Cohen recommends studies be undertaken to assess the likelihood of such an occurrence. Hamer is already examining wild mammals for neotropical ticks, including rodents, raccoons, coyotes, and feral hogs, which are abundant across Texas.