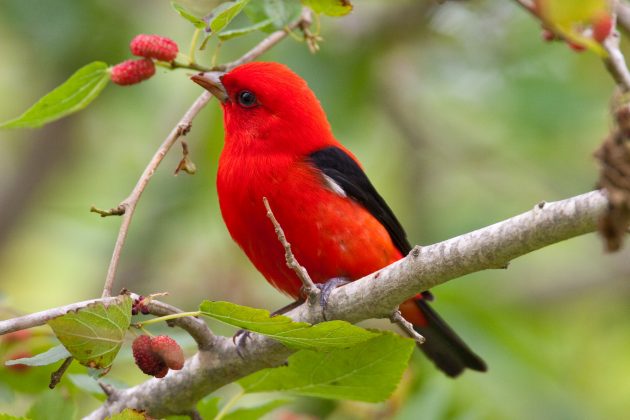 Most of us can’t begin the day without a cup of coffee. Coffee is a major agricultural crop in many Central and South American countries and a multibillion-dollar industry around the world. Like many other crops, acres of cultivated coffee plants can have a negative effect on its surrounding habitat and wildlife. Deforestation to clear land for coffee in the American tropics means fewer trees for non-migratory birds and the migratory birds that fly south for the winter, impacting the survival of both.

On Earth Day weekend, April 21-23, the Smithsonian will convene the first Earth Optimism Summit, a three-day event focusing on what is working in environmental conservation worldwide and how these efforts can be advanced and replicated. Bird Friendly coffee, an initiative spearheaded by the Smithsonian Migratory Bird Center (SMBC), is one of the conservation success stories that will be shared at the summit. 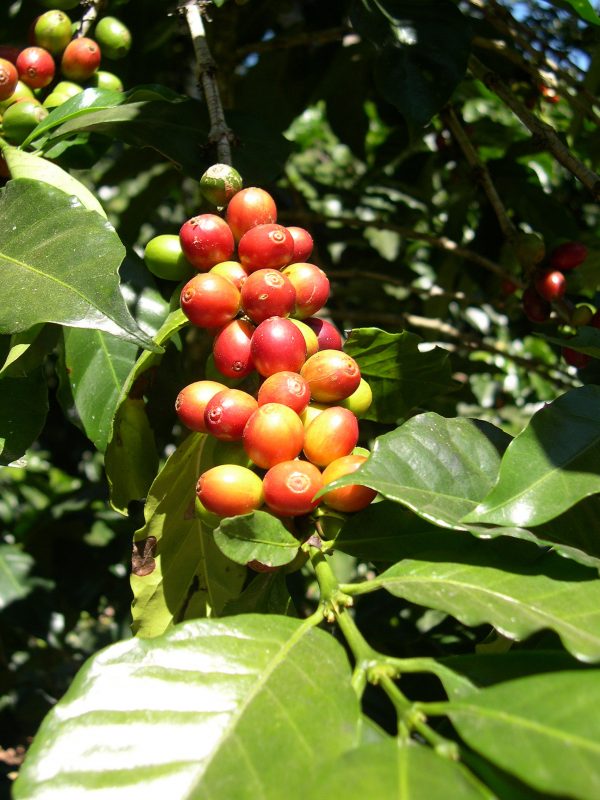 Smithsonian Insider spoke with scientists Robert Rice and Pete Marra from SMBC to learn more about Bird Friendly coffee, and how this conservation success is helping save the habitats of migratory birds where coffee is grown.

Q: What is the Smithsonian Migratory Bird Center?

Rice: The Smithsonian Migratory Bird Center was established in the early 1990s by an act of Congress to better understand Neotropical migrant birds. These are birds that migrate between North America and the American tropics. We consider most of these as our birds, but in truth they spend more time out of the year in Central and South America.

In the early fall, when it starts to get cold in North America, the leaves drop from the trees and food becomes scarce, birds migrate south. How far south depends on the species—for example, the scarlet tanager migrates as far south as Peru and even Bolivia. When it gets warmer in North America, and the leaves and food return, the birds fly back to raise their young. 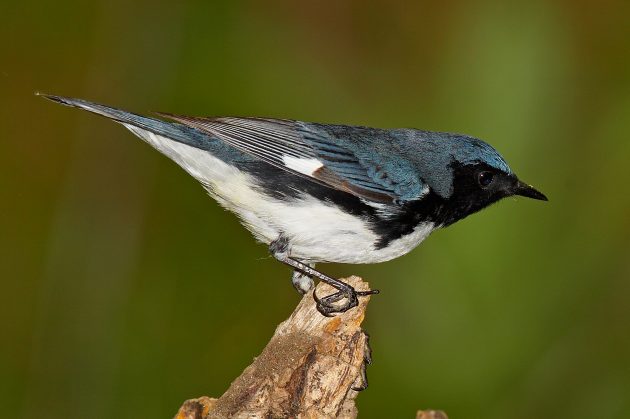 Q: Why is it important to understand migratory birds?

Marra: Birds are important indicators of the health of an ecosystem. Just as they depend on a healthy ecosystem, so do humans. When we notice that birds are declining, that tells us that something is wrong with the ecosystem. Through the research, education, and outreach we conduct at the Smithsonian Migratory Bird Center, we are better able to understand the health of migratory birds, and therefore the health of our ecosystems.

Q: How do you make coffee “bird-friendly”?

Rice: As with a lot of things in science, we stumbled upon this notion of Bird Friendly coffee. In the early 1990s, the then-director of the Smithsonian Migratory Bird Center was conducting ornithological research in Mexico when he saw a distant “forest” across a valley that ended up actually being coffee grown beneath a diverse canopy cover of native trees. This “agroforest” was serving as viable habitat for birds, while still successfully growing coffee.

Marra: Coffee can be grown in sun or shade. It used to be grown in forests, where people would grow food and maintain a healthy habitat for wildlife at the same time. Coffee is a huge crop in terms of the amount of habitat it requires—not to mention it’s easier to harvest without trees around—so growers cut down the forests that many animals depend on. But it is possible to grow coffee in forests, with many benefits to animals, birds, and growers. 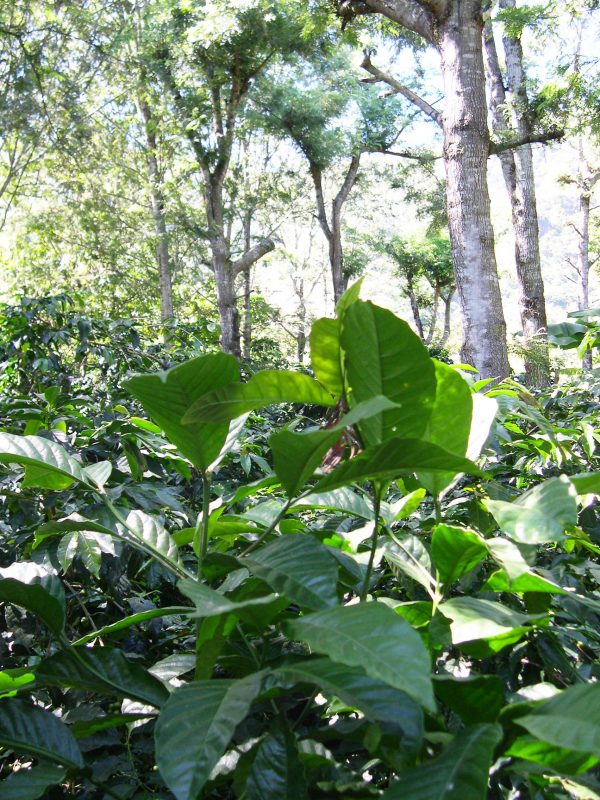 Bird Friendly coffee plants thrive in Guatemala under the shade of a forest canopy. (Photo courtesy of the Smithsonian Migratory Bird Center)

Rice: We developed a certification process whereby growers who meet certain criteria can sell their product under the label of Bird Friendly coffee. We’ve trained inspectors in coffee-growing regions throughout Latin America on how to evaluate shade according to the criteria. First, growers have to be certified organic, since agrochemicals are toxic to birds and other wildlife.

Marra: Then, they must meet bird-friendly standards that include a 40 percent canopy cover, and a certain number of tree species and shrub density in their crops. Even if farmers don’t meet our criteria, we encourage them to continue working towards a more bird-friendly crop.

Rice: These crops may not offer the same level of bird diversity as a natural forest but they come very close. They remain economically productive while offering habitat and biodiversity conservation. Not many crops can make that claim. They also provide more for the growers who, instead of clearing a forest and only growing coffee, can benefit from the firewood, fruits and medicinal compounds that are provided by the trees. 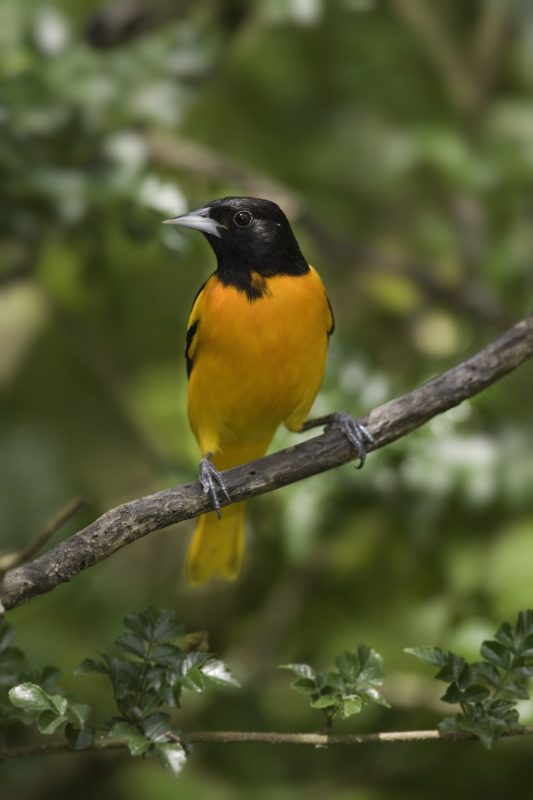 The Baltimore oriole, a neotropical migrant, flies to Central and South America for the winter. (Photo courtesy of the Smithsonian Migratory Bird Center)

Q: How is Bird Friendly coffee a conservation success?

Rice: The conservation effort goes beyond the birds we are helping. Growing Bird Friendly coffee also helps the people and the environment. We have seen instances of Bird Friendly coffee holdings faring better than those without the protection of trees after natural disasters, like hurricanes and landslides.

The system is earth friendly too. We have a grower in Colombia’s Sierra Nevada region who bought land that was previously used as a cattle farm. It was a large area that had been deforested for the cattle, so he decided to let the natural vegetation come back before planting coffee. When he first got there, the many streams across the land were dry. As the natural vegetation came back and he planted shade trees, the water slowly came back to the streams. Now he has water year-round, enough to power a turbine and provide electricity for his home.

Marra: Bird Friendly coffee is a conservation win-win. It serves as an example that we can produce food and have a minimal impact on the environment. It gives us hope too, as we look to apply the best practices from bird-friendly coffee to other crops like cacao, grapes, and rice.