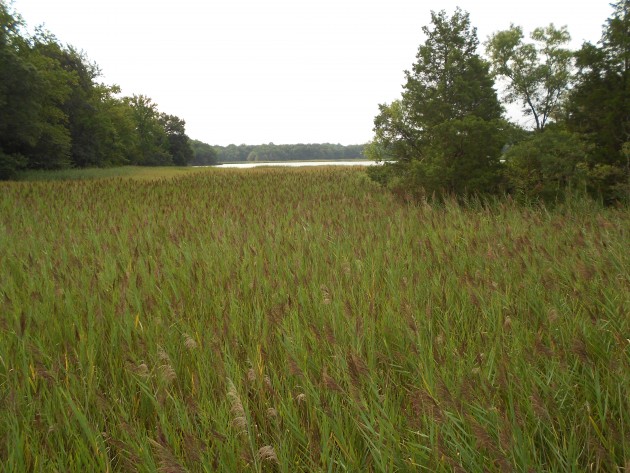 On crime scene investigation shows, forensic scientists use remnants of genetic material to solve mysteries in a matter of hours. Researchers at the Smithsonian Environmental Research Center (SERC) published a paper in Wetlands that has more in common with a CSI episode than one might expect—though in their case, the process took months instead of hours.

Their suspect was an invasive reed. A European strain of Phragmites australis arrived in the 1800s, but only began dominating Chesapeake wetlands in the 1980s. SERC scientists attempted to recreate the history of this sudden, aggressive invasion.

“We tried to look at every aspect of a plant invasion,” says Eric Hazelton, a former SERC fellow and doctoral candidate at Utah State University, and one of the paper’s authors. 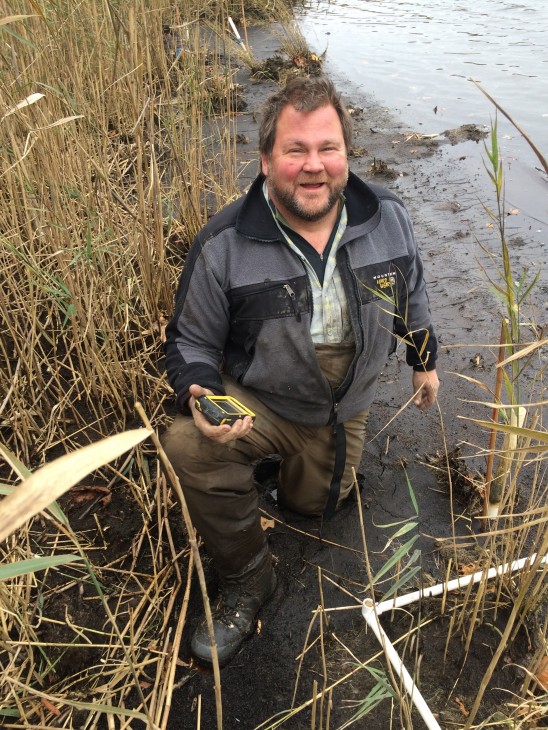 Eric Hazelton in a “Phragmites” patch on the Nanjemoy River in Maryland. (Photo by Rebekah Downard)

Or so it seemed. When the team turned to DNA, they found differences in genetic diversity between old and young patches. Extracting DNA from Phragmites leaves, SERC ecologist Dr. Melissa McCormick, who did most of the molecular work, determined how many distinct clones were in each patch and how closely related they were.

The DNA revealed more diversity within young patches (post-1990) than old patches (pre-1971). Old patches, however, were more distinct from patch to patch, whereas young patches were more similar. These differences in genetic diversity led to two possible histories, which aren’t mutually exclusive. 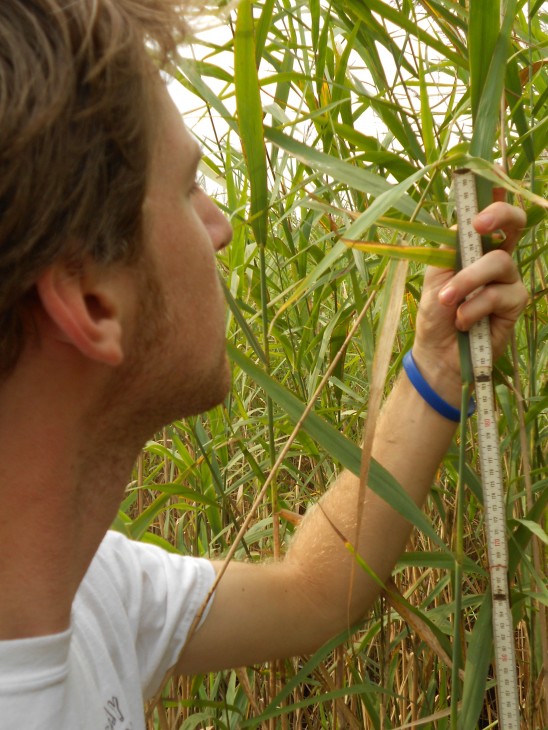 In one history, the older patches were established independently by rare, single seeds that happened to wind up in a marsh. When another patch started growing close enough to these established patches, they started making seeds with each other. And that’s when Phragmites began to explode, forming more diverse, younger patches.

Additionally, the older patches may have started out with more distinct clones, but lost some of that diversity over time as the clones competed against one another for resources. “Both things are likely happening,” Hazelton says.

DNA work is never as easy in real life as it is on television, especially when Phragmites is involved. The team plodded through tall, dense, humid Phragmites patches to collect samples, dodging sharp-edged leaves and battling the heat.

Understanding Phragmites’ recent explosion may help prevent its future spread. The key seems to be catching older patches before they start producing seeds together and forming younger patches. After that, it may be too late. “Once Phragmites comes in and get established, it’s just there,” McCormick says. “And it’s really there. It’s there and not much else is.”