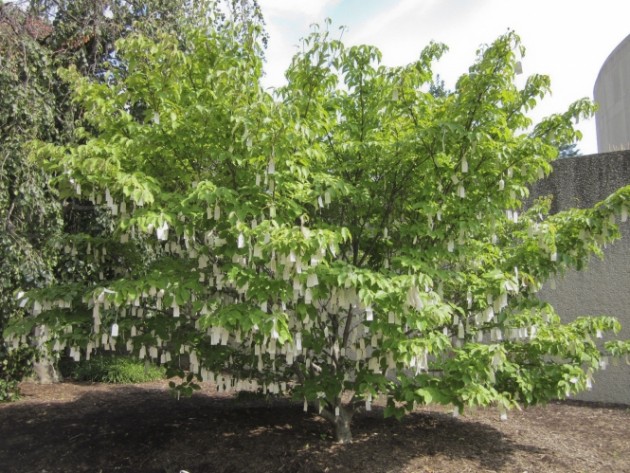 Yoko Ono’s participatory artwork “Wish Tree for Washington, DC” (2007) is open for the summer at the Smithsonian’s Hirshhorn Museum and Sculpture Garden. For most of the year, visitors are invited to whisper their wishes to the tree, a white flowering dogwood in the museum’s collection. But during the summer through Labor Day, they may write their wishes on paper tags and tie them to the tree’s branches.

“As a child in Japan, I used to go to a temple and write out a wish on a piece of thin paper and tie it around the branch of a tree,” Ono has written. “Trees in temple courtyards were always filled with people’s wish knots, which looked like white flowers blossoming from afar.”

”The wishes are whatever our visitors want them to be, serious or lighthearted, trivial or profound. Many people wish for peace,” said Melissa Chiu, Hirshhorn’s director.

Several times a week, Hirshhorn staffers remove the hundreds of wishes from the tree and box them for shipment to the artist. Eventually they will be housed at the site of Ono’s “IMAGINE PEACE TOWER” in Reykjavik, Iceland. More than a million wishes from various trees around the world have been collected so far.

“Wish Tree for Washington, DC” has been in the Hirshhorn’s collection since it was donated by the artist in 2007.