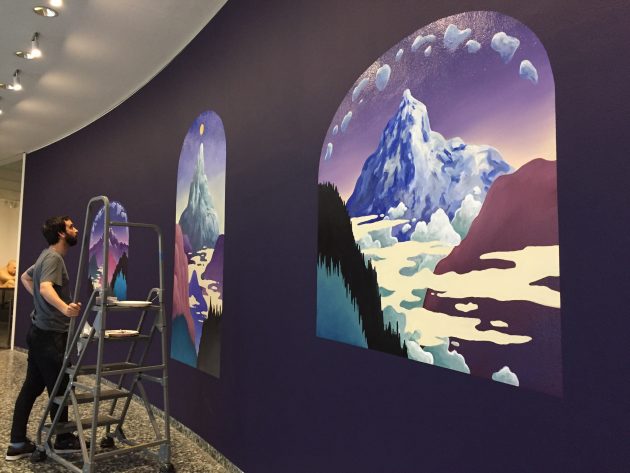 As the sun rises and sets in an infinite cycle, so a new mural stretches around the distinctive circular space at the Smithsonian’s Hirshhorn Museum and Sculpture Garden in Washington, D.C.

Swiss artist Nicolas Party’s “sunrise, sunset” stretches 360 degrees and nearly 400 feet around the museum’s third-floor round gallery. Visitors who walk around the ring enter new environments in each section, from a mountaintop in cool blues and purples to a waterfall splashing next to peaks in pinks and reds. 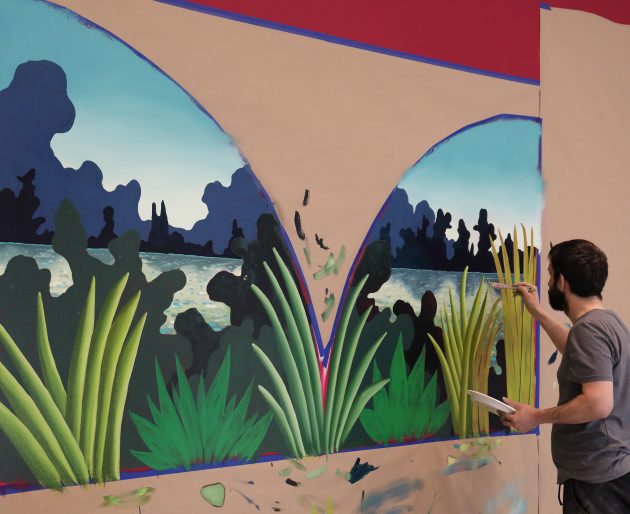 Nicolas Party working on the new mural “sunrise, sunset,” at the Hirshhorn Museum and Sculpture Garden (Photo by Cathy Carver)

Each section of the mural has its own vibrant, colorful vignette of the sun rising and setting—the inevitable, daily mark of time that connects the past and the future of humanity.

The artist was inspired in part by President Barack Obama addressing America in response to the 2016 election. “No matter what happens, the sun will rise in the morning,” Obama declared. 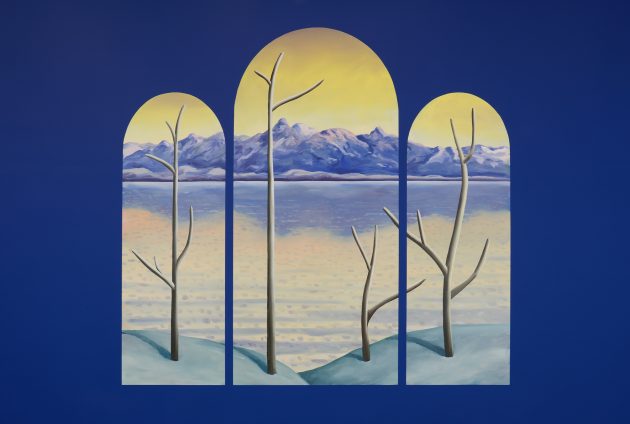 Party felt it was a powerful and poetic way of addressing the wider context of turbulent times and the importance of perspective.

He is also following a long tradition of depicting sunrise and sunset in landscape paintings. To Party, they represent a unique opportunity to experience something bigger than ourselves.

“You really witness something that is gigantically mind-blowing,” he says in a Facebook Live interview on the Hirshhorn Museum’s Facebook page. 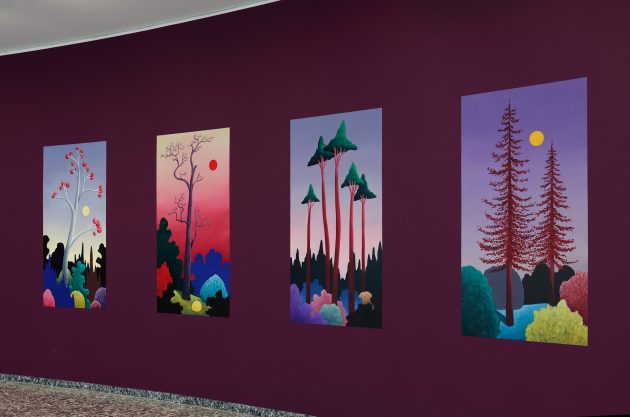 “It’s not only the trees but when you see the sun rise you actually can see the rotation of the Earth, the rotation of everything you can’t really feel if you’re just looking at the park around you,” he said.

Party, who started painting as a graffiti artist in the late 1990s, has never done a project like “sunrise, sunset.” He said painting in the curving, 360-degree space at the Hirshhorn was both exciting and challenging.

“You’re not seeing the entire thing when you paint,” he said. “You can circle around and see like one wall, and you can come back to the other side and you see another one, so it’s almost like having eight different sections to work on.”

The site-specific mural is at the Hirshhorn through Oct. 1. After that, the museum will paint over Party’s work to make way for the next exhibition, and it will become part of another inevitable cycle of beginnings and endings that govern the space around us.