Some of the fossils in this study are exceptionally well-preserved, such as the specimen shown here. With micro-CT scanning, the skeleton can be reconstructed in 3D, revealing complete skeletons, fully articulated skulls and fragments. (Images courtesy Kevin de Queiroz)

Tiny Anolis lizards preserved since the Miocene in amber are giving scientists a true appreciation of the meaning of community stability. Dating back some 15 to 20 million years, close comparison of these exquisitely preserved lizard fossils with their descendants alive today in the Caribbean has revealed, remarkably, little about them has changed.

“Not only do we see the community structure of these lizards has remained stable for 20 million years, it’s also difficult to tell some of these fossil lizards apart from those alive today,” says Kevin de Queiroz, a herpetologist at the Smithsonian’s National Museum of Natural History and co-author of a study which appeared today (July 27, 2015) in the Proceedings of the National Academy of Sciences. 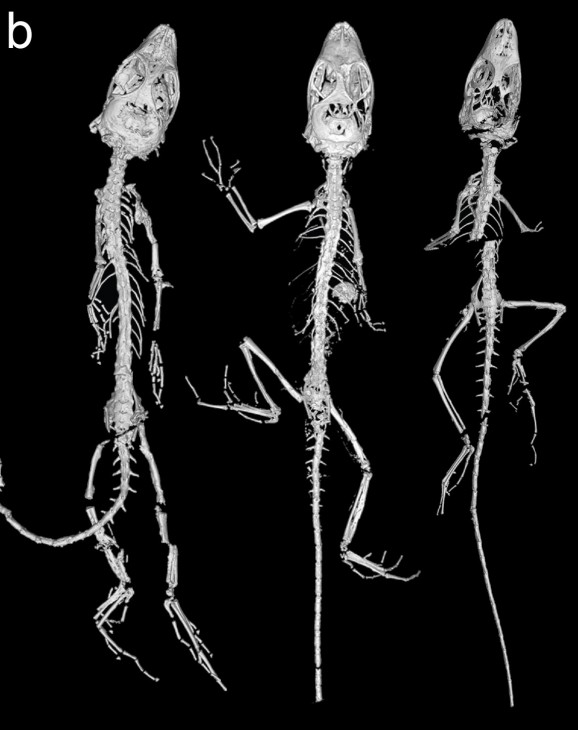 Some of the fossils in this study are exceptionally well-preserved. From micro-CT scanning, the skeleton can be reconstructed in 3D, revealing complete skeletons.

After first appearing on each of the four Greater Antillean Islands some 50 million years ago, Anolis lizards spread out on each island to occupy various niches in island trees. Some ended up living high-up in the canopy area, others low down on the trunk near the ground; others established themselves in the mid-trunk area while others adapted and thrived on the twigs. Each new species developed its own distinct body type, called an ecomorph, shaped by the specific tree niche where it lived. Together the different species occupied their various niches in the trees as a “community.”

Until recently, scientists had only indirect estimates based on amounts and patterns of molecular (DNA sequence) divergence as to just how long this community structure of tree-living lizards, each specialized to a different niche and living together, had existed in the Antilles. Now, amber fossils reveal it has been an incredibly long time: some 20 million years or greater. Four modern ecomorph body types (trunk-crown, trunk-ground, trunk and twig) are represented in the amber fossils the scientists studied.

This video shows a number of 3D reconstructions of lizard skeletons generated from micro-CT scanning of amber fossils.

“For other types of organisms, like mammals, 20 million years would be quite an extraordinary period for a species to last,” de Queiroz points out. “The community could persist longer than the species, with different species filling the various roles in the same ecological community over time.”

Niche shifts or changes of Anolis lizards occurred independently from island to island, producing ecomorphs on different islands that closely resemble one another. For example, lizards from the trunk-crown area of the tree are normally large- or medium-sized and green, and they resemble one another from island to island. Looks can be misleading, however. Although lizards of the same ecomorph from different islands may look alike, they are more closely related to lizards from their home islands, which may look much more different. 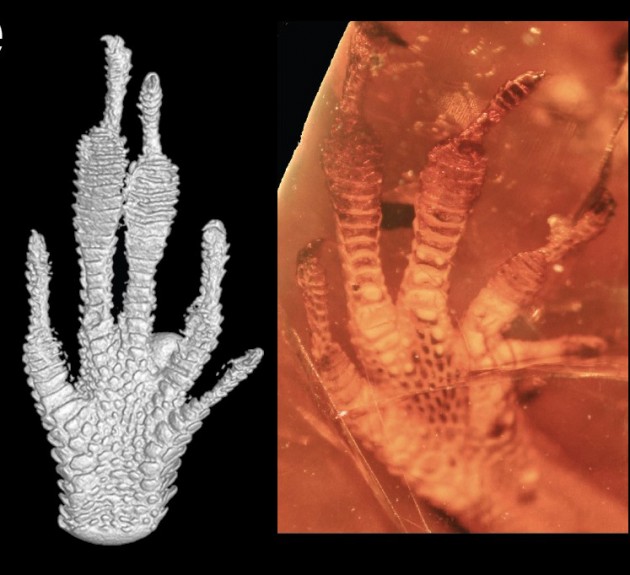 With amber fossils the external surface of the lizard is sometimes outlined in the amber by air-filled voids, which when reconstructed in 3D, shown at left, reveal details of the body scales and subdigital lamellae as shown here. These characters are critical elements in distinguishing between species.