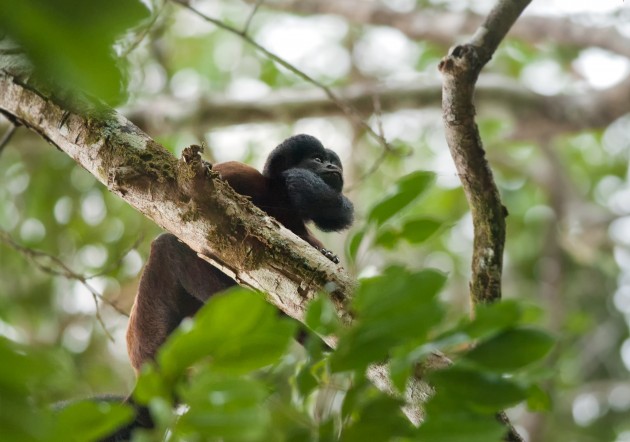 While studying the social dynamics of the bearded saki, a primate living in the rainforests of Suriname, primatologist Tremaine Gregory of the Smithsonian Conservation Biology Institute observed an unusual behavior she described as “piling up.”

After separating from the larger troupe, a group of male monkeys converge on a high tree branch and “all pile on top of each other, like they are wrestling,” Gregory says. “They rub their necks [where their scent glands are located] against each other and it’s just a frenzy of happy monkeys,” she says.

Piling up, is one of a number of all-male activities practiced by the bearded saki that also includes grooming, hugging, resting, lining-up and breaking out into all-male parties. Bearded saki males seem to be more social than females and generally prefer to socialize with other males, Gregory says. “This bonding behavior strengthens their relationships. It’s something you don’t necessarily see in other primates.” 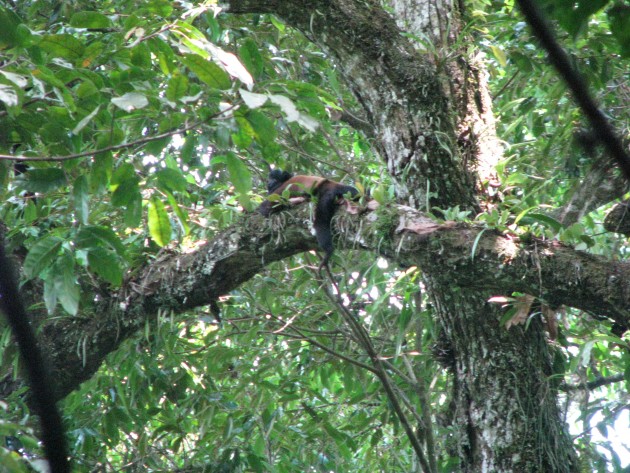 Gregory also found no sign of hierarchical relationships between the males and observed potential evidence of mimicry between the sexes.

Now, in a new paper in the American Journal of Primatology, Gregory and co-author Mark Bowler of the San Diego Zoo Global Institute for Conservation Research, attribute male bonding among bearded sakis and their cousins, the uakaris, as key to the evolution of the very large and highly mobile groups in which they live. 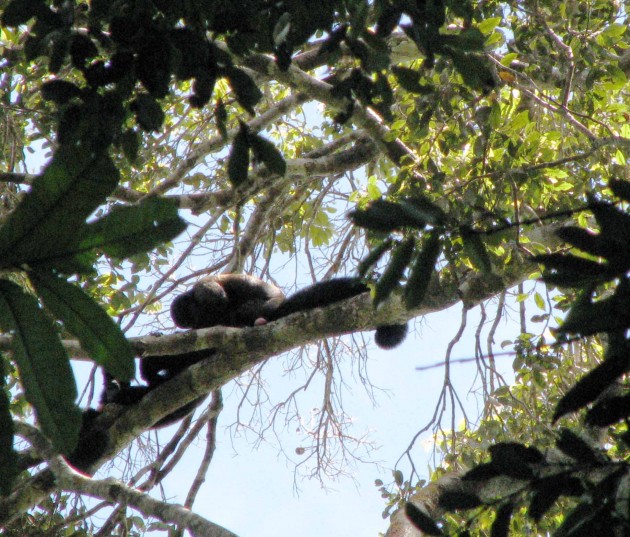 Bearded sakis, for example live in groups of up to 80 (uakaris over 150!) with little aggression between members. Male bearded sakis interact peacefully with other males, females and even juveniles. High mobility allows them to take advantage of more food over a wider area.

“Living in a large group with a lot of males could lead to lots of tension,” Gregory says. “But through socially reinforcing behaviors the males form affilitatve and potentially coalitionary relationships.” This is also beneficial for group defense. “A strongly bonded group of males defending their territory are stronger against other groups; they have a bond that strengthens their ability to fend off enemies.” 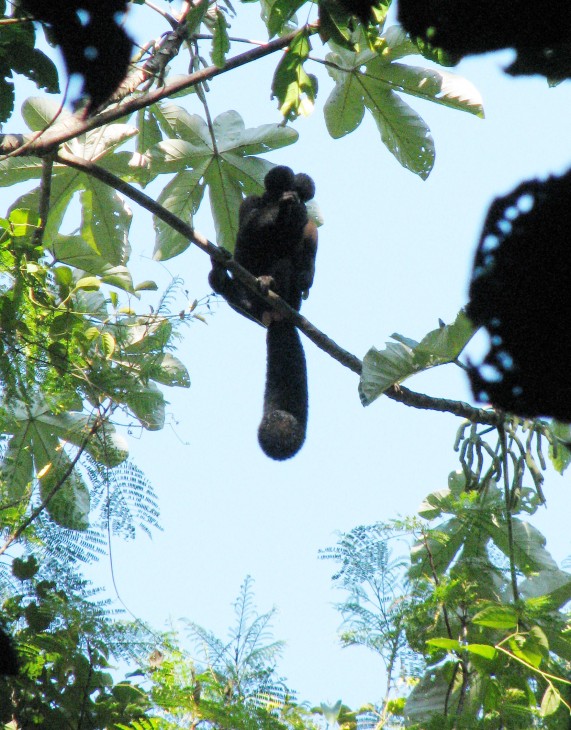 For primatologists, close interaction between members of the same sex could be evidence for the possibility that the individuals are related and, as a result, more biased and tolerant toward one other, Gregory says. “Relatedness is impossible to determine, however, unless we have genetic evidence.” A genetic study would also reveal dispersal patterns of offspring, whether it is the male or female offspring that leave the group at sexual maturity.

Bearded sakis are mysterious animals, Gregory adds. They move fast and live very high in the trees so it is very hard to see and study them. Little has been published about them. 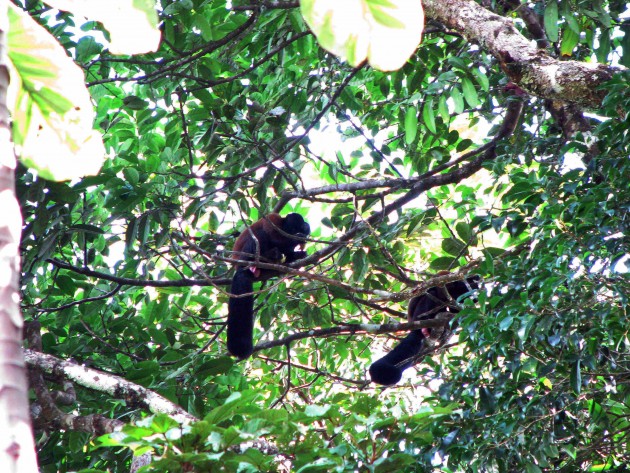 While studying bearded sakis, Gregory learned it is not only difficult to tell individuals apart, but it is rarely possible to differentiate between the sexes. Both sexes are nearly the same size and dark in color with the only difference being the conspicuous pink testes of the males. “But the males can retract their testes, making them virtually indistinguishable from the females,” Gregory says. “I think that here is something going on here, some type of signaling when the males pull their testes up and down. Why do they do this? We don’t know. Maybe there is an advantage for a male or female in avoiding sexual identification.”

Clean = Sexy for this Panamanian Bird