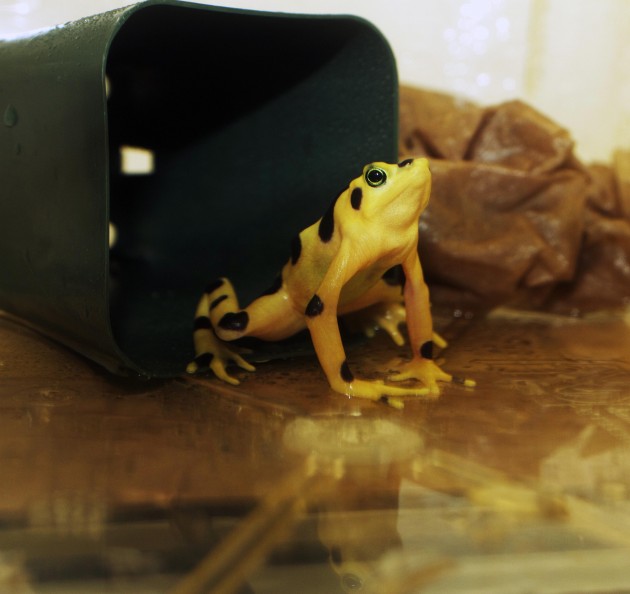 One of the Panamanian Golden Frogs involved in the study. (Photo by Brian Gratwicke)

A new study published this week in the Proceedings of the Royal Society by scientists at the Smithsonian Conservation Biology Institute (SCBI) found unique communities of skin bacteria on Panamanian golden frogs that survived chytridiomycosis (ki-TRID-io-MY-co-sis) infections. Chytridiomycosis is an amphibian fungal disease that has wiped out populations of many frog species around the world. Among those casualties is the golden frog, which now exists only in human care in the United States and Panama.

Scientists had originally set out to see if antifungal probiotic treatments could prevent chytridiomycosis in golden frogs. About 25 percent of the frogs survived a chytridiomycosis infection, but survivorship was not related to probiotic treatment. The probiotic treatments failed to establish on the frogs’ skin. However, when scientists analyzed the microbial communities on the frogs’ skin, they found that the survivors had a unique pre-existing skin microbe community that was distinctly different from those that died. It is unclear why the antifungal microbes did not linger on the frogs’ skin. It is possible that the explanation lies in the way the research team treated the frogs—with a high dose of bacteria for a short duration. 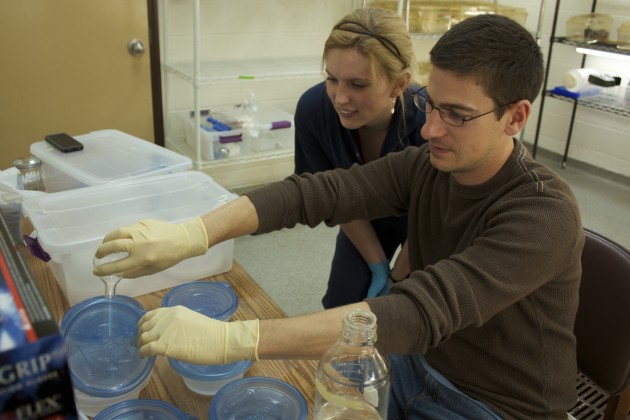 “Anything that can help us predict resistance to this disease is very useful because the ultimate goal of this research is to establish healthy populations of golden frogs in their native habitat,” said Matthew Becker, a fellow at SCBI who conducted the experiment as part of his doctoral research at Virginia Tech University. “I think identifying alternative probiotic treatment methods that optimize dosages and exposure times will be key for moving forward with the use of probiotics to mitigate chytridiomycosis.”

Golden frogs are highly susceptible to chytridiomycosis. Scientists are working to determine how and why certain individuals survive, and this research gives some new insights in that direction. 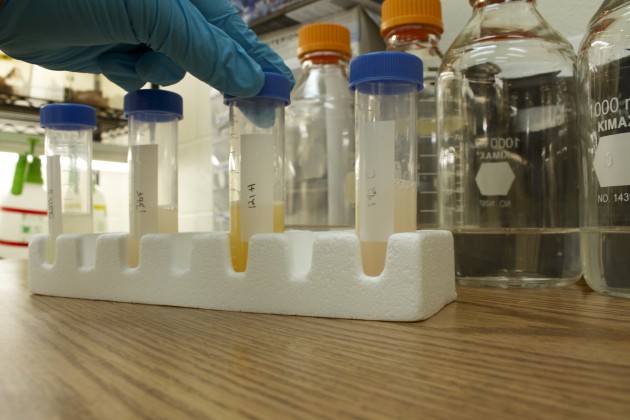 “I am disappointed that we did not find a ‘silver bullet’ to cure chytrid in this species, but the results did advance our understanding of this disease,” said Brian Gratwicke, amphibian research scientist at SCBI and director of the Panama Amphibian Rescue and Conservation Project.

The research team, led by Becker, plans to repeat the study. They will investigate whether they can predict golden frogs’ ability to survive chytridiomycosis based on their pre-existing skin microbes.