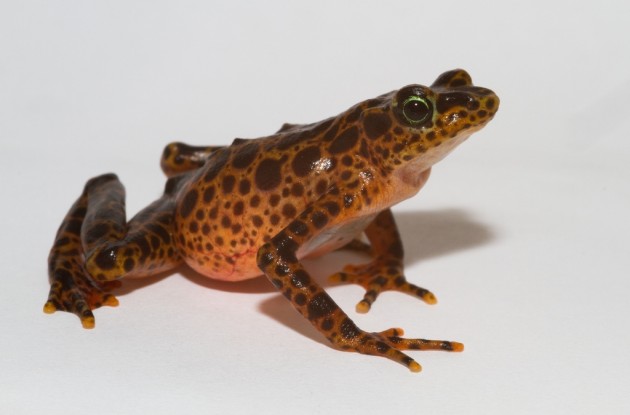 Smithsonian scientists have confirmed that chytridiomycosis, a rapidly spreading amphibian disease, has reached a site near Panama’s Darien region. This was the last area in the entire mountainous neotropics to be free of the disease. This is troubling news for the Panama Amphibian Rescue and Conservation Project, a consortium of nine U.S. and Panamanian institutions that aims to rescue 20 species of frogs in imminent danger of extinction.

“We would like to save all of the species in the Darien, but there isn’t time to do that now,” said Brian Gratwicke, biologist at the Smithsonian Conservation Biology Institute and international coordinator for the Panama Amphibian Rescue and Conservation Project. “Our project is one of a few to take an active stance against the probable extinction of these species. We have already succeeded in breeding three species in captivity. Time may be running out, but we are looking for more resources to take advantage of the time that remains.” 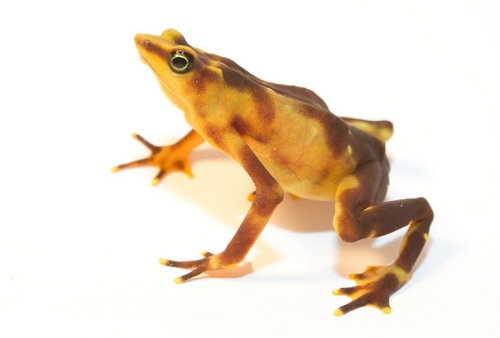 The Darien National Park is a World Heritage site and represents one of Central America’s largest remaining wilderness areas. In 2007, Doug Woodhams, a research associate at the Smithsonian Tropical Research Institute, tested 49 frogs at a site bordering the Darien. At that time, none tested positive for the disease. In January 2010, however, Woodhams found that 2 percent of the 93 frogs he tested were infected.

“We would like to be moving faster to build capacity,” Gratwicke said. “One of our major hurdles is fundraising to build a facility to house these frogs. Until we jump that hurdle, we’re limited in our capacity to take in additional species.”

Nearly one-third of the world’s amphibian species are at risk of extinction. While the global amphibian crisis is the result of habitat loss, climate change and pollution, chytridiomycosis is at least partly responsible for the disappearances of 94 of the 120 frog species thought to have gone extinct since 1980.

“We are all working around the clock to find a cure,” Gratwicke said.

Reptiles may be spreading deadly amphibian disease in the tropics