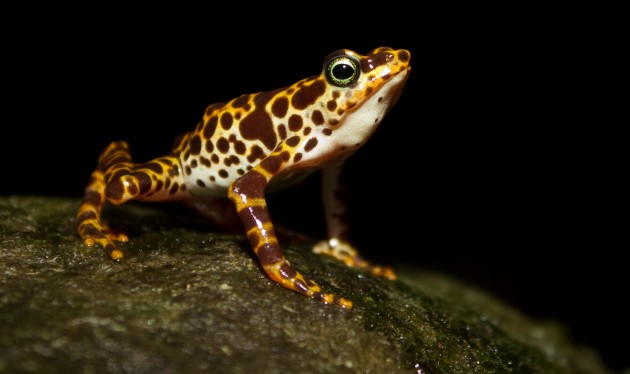 “Atelopus certus,” lives Cerro Sapo (or Toad Mountain) in the Darien Region of eastern Panama, and is one of the most strikingly colored of all harlequin frogs. (Photo by Brian Gratwicke)

Scientists at the Smithsonian Institution and partners have published a paper that will help them save Panamanian frog species from extinction due to a deadly fungal disease called Chytridiomycosis (chytrid). The study, which was published today in Animal Conservation, draws on the expertise of amphibian scientists from the Panama Amphibian Rescue and Conservation Project to determine which frog species have the best probability of escaping extinction with the rescue project’s help.

“We don’t want to arbitrarily decide which species lives and which species don’t, nor do we want to waste our time on species that don’t need our help,” said Brian Gratwicke, co-author on the paper and international coordinator of the rescue project out of the Smithsonian Conservation Biology Institute. “This study took into account the differences in opinions among amphibian experts in Panama and found consensus in a systematic away. This has allowed us to focus on the species where we have the best chance of making a difference.” 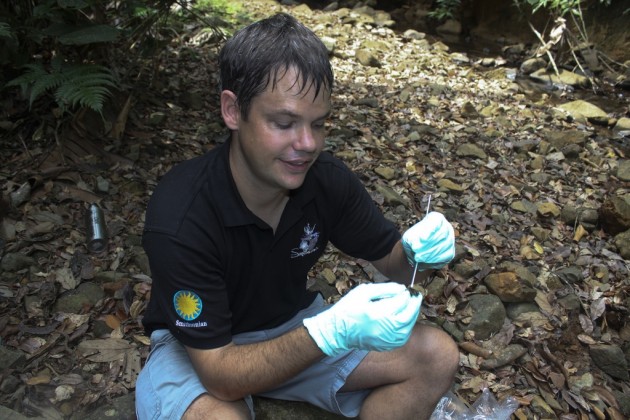 The study also found that eight Panamanian species are likely now extinct in the wild due to disease-related declines. About 80 of Panama’s frog species were too rare for conservationists to prioritize their need for help or the likelihood of successful rescue. The new prioritization scheme, however, will allow the scientists to adapt to new information as it becomes available.

“Over the years, several frog populations—and even species—have vanished or nearly vanished from Panama,” said Roberto Ibáñez, the in-country director of the rescue project at the Smithsonian Tropical Research Institute, “Unfortunately, it is impossible to save them all through conservation programs. With this study, we can focus our limited resources on those species that we are more likely to find in the wild and breed in captivity, while we simultaneously look for a way to manage chytrid.” 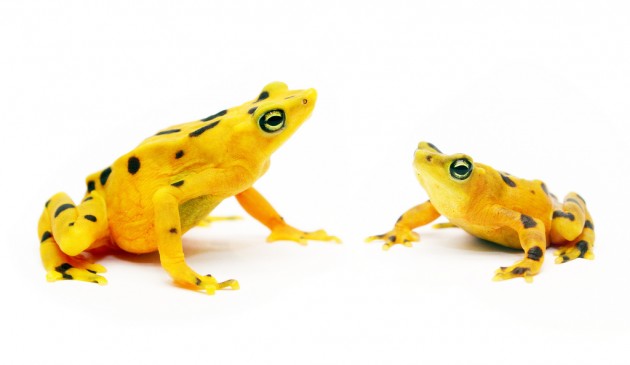 While most of the rescue project’s original priority species ranked high based on the new prioritization scheme, the conservationists have already started making some changes. They have determined that the likelihood of successfully breeding La Loma tree frogs (Hyloscirtus colymba) is low and they are instead shifting resources to the recently discovered Craugastor evanesco and the Rusty robber frog (Strabomantis bufoniformis), both of which came up as high priorities.

The Panama Amphibian Rescue and Conservation Project is a project partnership between the Cheyenne Mountain Zoo, the Houston Zoo, Zoo New England and Smithsonian Institution.