As frogs around the world continue to disappear—many killed by a rapidly spreading disease called chytridiomycosis, which attacks the skin cells of amphibians—one critically endangered species has received an encouraging boost. Although the La Loma tree frog, Hyloscirtus colymba, is notoriously difficult to care for in captivity, the Panama Amphibian Rescue and Conservation Project is the first to successfully breed this species. 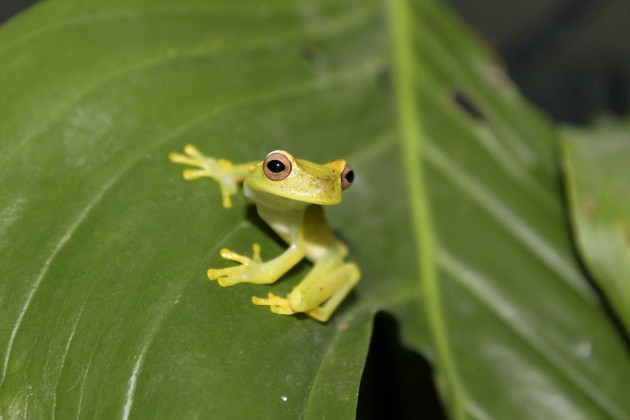 “We are some of the first researchers to attempt to breed these animals into captivity and we have very little information about how to care for them,” said Brian Gratwicke, international coordinator for the project and a research biologist at the Smithsonian’s National Zoo, one of nine project partners. “We were warned that we might not be able to keep these frogs alive, but through a little bit of guesswork, attention to detail and collaboration with other husbandry experts—we’ve managed to breed them. The lessons we’re learning have put us on target to save this incredible species and our other priority species in Panama.” 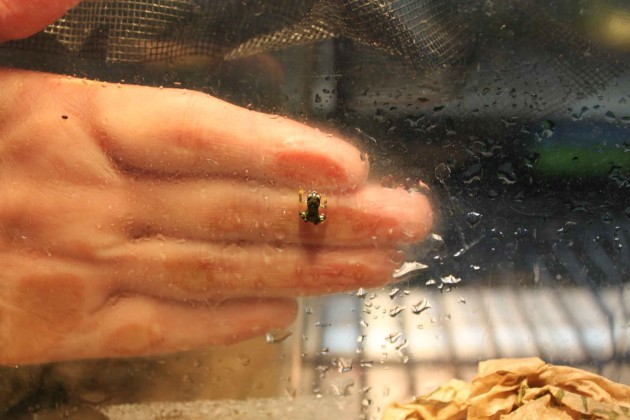 The rescue project currently has 28 adult La Loma tree frogs and four tadpoles at the Summit Municipal Park outside of Panama City, Panama. In addition to the La Loma tree frog, the project also has successfully bred the endangered Limosa harlequin frog, Atelopus limosus. Keepers will continue to carefully monitor the tadpoles of both species.

Nearly one-third of the world’s amphibian species are at risk of extinction. The rescue project aims to save more than 20 species of frogs in Panama, one of the world’s last strongholds for amphibian biodiversity. While the global amphibian crisis is the result of habitat loss, climate change and pollution, chytridiomycosis is likely at least partly responsible for the disappearances of 94 of the 120 frog species thought to have gone extinct since 1980.

“Although the outlook for amphibians is grim, the rescue project’s recent developments give us hope for these unique Panamanian species,” said Roberto Ibáñez, local director of the project and a scientist at the Smithsonian Tropical Research Institute, one of the project’s partners. “We are creating what amounts to an ark for these animals so that their species may survive this deadly disease. We’re also looking for a cure so that someday we can safely release the frogs back into the wild.”

Of Panama’s six harlequin frog species, five are in collections at the Summit Zoological Park and the El Valle Amphibian Conservation Center in El Valle, Panama. One species, the Chiriqui harlequin frog, A. chiriquiensis, from western Panama, is likely extinct. The other species range from being extinct in the wild—the Panamanian golden frog, A. zeteki—to being endangered.

The mission of the Panama Amphibian Rescue and Conservation Project is to rescue amphibian species that are in extreme danger of extinction throughout Panama. The project’s efforts and expertise are focused on establishing assurance colonies and developing methodologies to reduce the impact of the amphibian chytrid fungus so that one day captive amphibians may be reintroduced to the wild. Project participants include Africam Safari, Panama’s Autoridad Nacional del Ambiente, Cheyenne Mountain Zoo, Defenders of Wildlife, El Valle Amphibian Conservation Center, Houston Zoo, Smithsonian’s National Zoological Park, Smithsonian Tropical Research Institute, Summit Municipal Park and Zoo New England.