Most countries throughout the world participate in the $40-million-per-year culinary trade of frog legs in some way, with 75 percent of frog legs consumed in France, Belgium and the United States. Scientists at the Smithsonian Institution and colleagues have found that this trade is a potential carrier of pathogens deadly to amphibians. The team’s findings are published in the scientific journal Frontiers in Ecology, Thursday, Nov. 19. 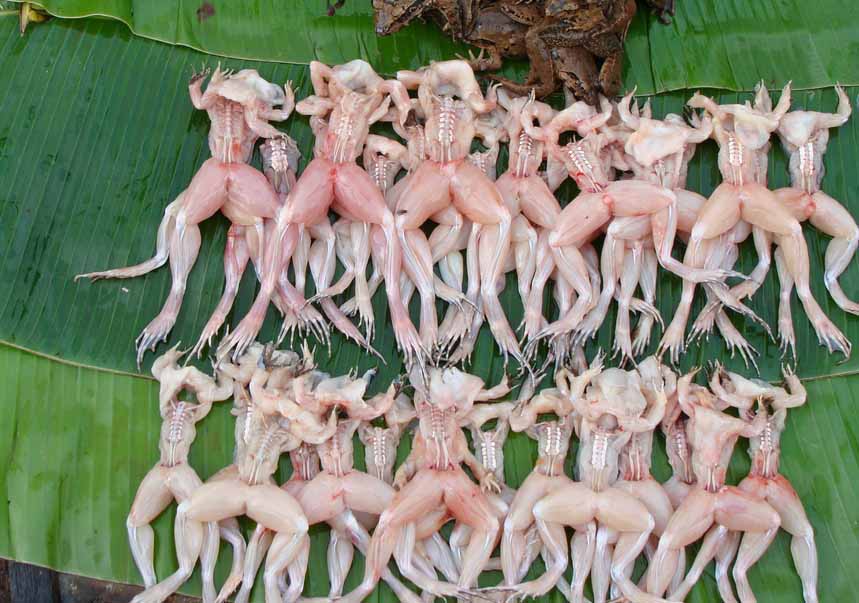 Photo: Frog legs for sale at a market in Indonesia. (Photo by A. Roselli)

Amphibians are rapidly declining worldwide. More than one-third of the nearly 6,000 amphibian species are threatened with extinction—disease is one of the main causes. Among the known amphibian pathogens, the parasitic fungus Batrachochytrium dendrobatidis, also known as amphibian chytrid (KI-trid), is a top concern. The fungus, which attacks keratin proteins in the skin of amphibians, including frogs, causes respiratory and neurological damage and eventually death. 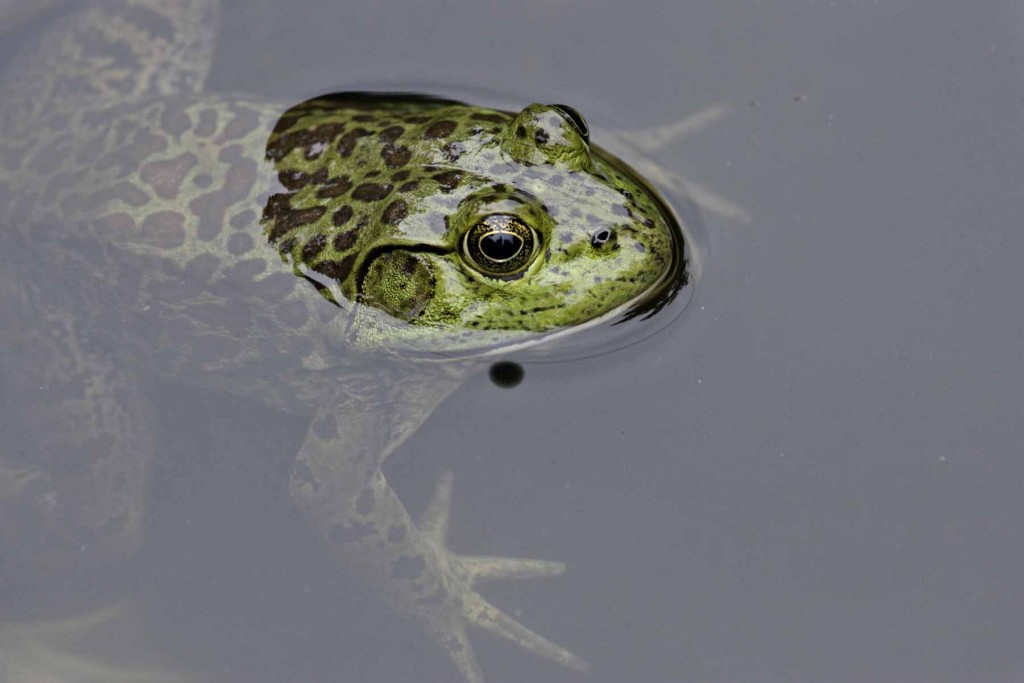 Photo: The American bullfrog is one of the many species used in the frog leg trade. (Photo by Mehgan Murphy)

Although consuming amphibian legs is familiar to many people as a culinary curiosity, the global extent of the international trade is unknown. The team of scientists’ research focused on 1996 through 2006, during which more than 100,000 metric tons of frog legs were imported from both wild and farmed sources, at a net value approaching half a billion dollars. One kilogram of frog legs averaged about $4 over this period—a kilogram of frog legs requires 10 to 40 individual animals translating to approximately 100 to 400 million animals per year.

The scientists found no recorded cases of the extinction of a frog species caused by collection for food. However, given the growing importance of aquaculture to supply frog legs to global markets, the team stresses that the risk of disease spread through poorly regulated amphibian trade is probably an even greater risk to amphibian biodiversity than the direct population effects of overharvesting.

In countries such as Indonesia, which exports about 45 percent of all frog legs, the majority of animals are thought to be wild-caught and there is little to no effort to monitor this food source for disease pathogens. “Any trade in live frogs or fresh, un-skinned frog legs presents a substantial risk of the spread of amphibian chytrid,” said Gratwicke. “The implementation and enforcement of some key amphibian trade policies could be a cost-effective conservation tool to mitigate disease risks associated with the trade.” 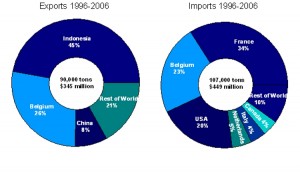 The exact origin of amphibian chytrid is unknown, but one theory is that it originated in Southern Africa and was distributed worldwide in the 1950s through the trade of the African clawed frog for pregnancy-testing and other amphibian trade. Amphibian chytrid has been detected in many parts of the United States, but some species are apparently resistant to the fungus, and it is not always associated with amphibian declines. The most dramatic declines have been observed in mountainous parts of Central and South America and Australia where it is responsible for the disappearance and probable extinction of many species.