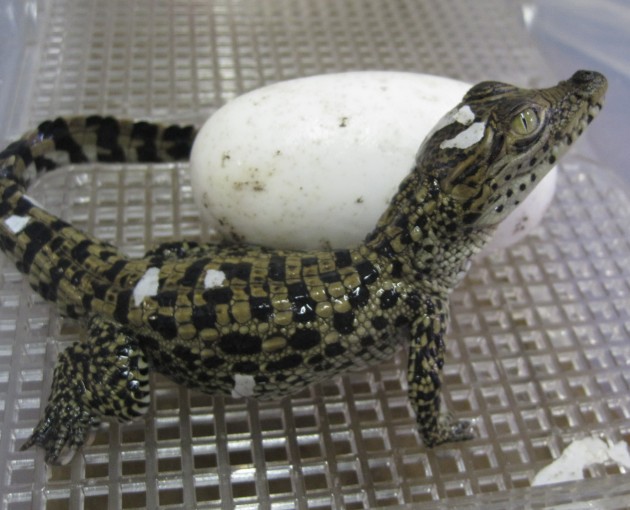 The challenges of conceiving only get greater as we get older. But if you have some of the most prized genes within your entire species, then the pressure is really on.

The Smithsonian’s National Zoo is home to one of the oldest female Cuban crocodiles in captivity. For most of her life she has been a rather reluctant member of the North American breeding program tasked with ensuring the survival of her critically endangered species. However biologist Matthew Evans from the Smithsonian’s National Zoo’s Reptile Discovery Center is not about to give up on her just yet.

“She has not successfully mated or shown an interest in nest building while at the National Zoo. As she approached her mid-50s we almost gave up on her as an animal we would ever get to breed. This would have been really disappointing as she is very important genetically to the species,” explains Evans. 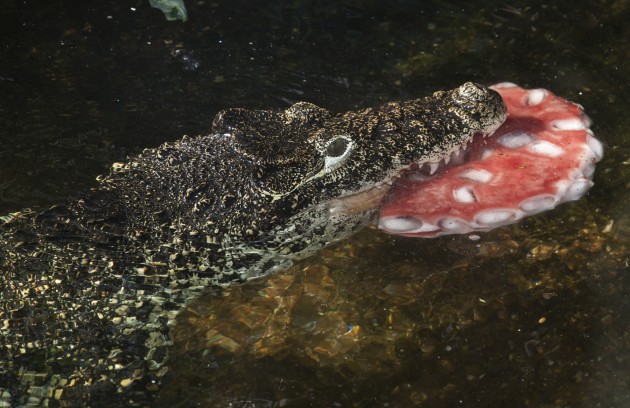 But in 2012 Evans and the Zoo team saw a remarkable change in her behavior when they altered her diet and increased her activity.

“After we began introducing some basic training and enrichment into her normal routine she became interested in the male in mating season and began fighting with a rival female. Crocodiles are highly intelligent creatures and it seems the increased interaction we had with her got her a little more energized and active. We ended up with two male offspring from her that season and we are hoping to try again this breeding season.”

The value in this reluctant mother’s genes lies within their lack of representation in the species studbook — a giant list of who is breeding with whom among Cuban crocodiles held in captivity at zoos and parks across North America. With only two offspring to represent her genes into the future, the team of geneticists tasked with maintaining genetic diversity in the population are keen to get more babies from the National Zoo’s sexagenarian mother.

At approximately 60 years of age however, Evans concedes that the crocodile’s best reproductive years are probably over.

“Last year we got a clutch of eggs from her but a lot of the eggs she produced were not fertile. It could be an issue with the male, as he is also older, or it could be an issue with her age. Out of a clutch of 30 we would only get three or four eggs that might be fertile. Even then a lot of things can go wrong during incubation. Some embryos just stop developing for unknown reasons,” explains Evans.

With crocodilian species living up to 75 years in captivity, Evans and his team may have a few more years for breeding success. While zoos and crocodile farms are breeding Cuban crocodiles with the aim that someday they might join their wild relatives, that dream is still out of reach.

Habitat for this species is dwindling, with the 3,000 to 6,000 Cuban crocodiles left in the wild restricted to only two swamp habitats in Cuba. Widespread destruction of wetlands for agriculture, heavy hunting pressure, and the introduction of the common caiman (Caiman crocodilus), which compete for food and space, have all contributed to the Cuban crocodile’s decline. So for now, until there is more habitat in their homeland, the captive Cuban crocodiles will continue to find romance with a little human help.