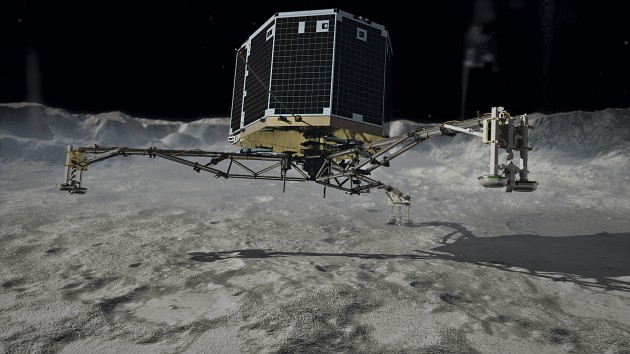 A few images of comet 67P/Churyumov-Gerasimenko just sent back by the European spaceship Rosetta appear to be a snowboarder’s dream: pristine slopes covered in powder. Yet one mogul would easily be enough to launch a snowboarder deep into space. At only 2.5 miles wide the comet has an extremely weak gravity. That’s why Rosetta’s probe Philae must be anchored to the comet’s surface or otherwise it may fall off.

Since 1950 comets and snow have been synonymous after Smithsonian astronomer Fred Whipple published a landmark paper describing the composition of comet nuclei as icy conglomerates, or dirty snowballs, composed of ice water, ammonia, methane and dust. People previously believed comets were formless floating sand banks made up of loose particles.

Now 64 years later, the spaceship Rosetta has landed a probe on comet 67P/Churyumou-Gerasimenko’s icy surface. Here geologist Tom Watters of the Center for Earth and Planetary Studies at the Smithsonian’s National Air and Space Museum answers a few questions about this remarkable achievement.

Q: What is your first take on this achievement?

Watters: I just think it is another milestone in planetary exploration. To be able to successfully land this probe–modest in scale yet very ambitious if you look at its suite of instruments—on a comet 315 million miles away is amazing.

This is certainly an unusual comet, dumbbell shaped with sharp topographic features and remarkably bouldered, not what I would have envisioned.

Q: A comet moves through empty space yet leaves a trail of water vapor. What erosive process is removing this material from the comet’s surface? 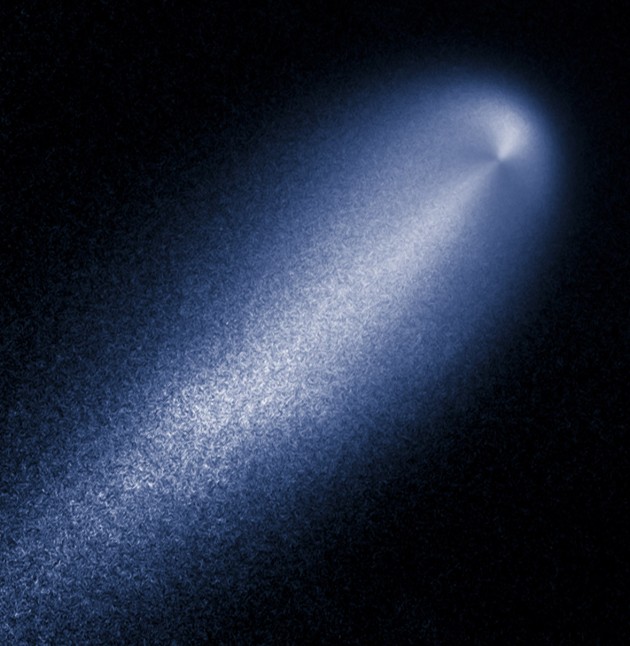 This enhanced image of Comet C/2012 S1 (ISON) reveals the subtle structure in the inner coma of the comet. (Image: NASA HQ)

Q: Was this comet once part of a larger icy planet?

Watters: Many comets are located in the Kuiper Belt, an area outside our Solar System and some are of fairly good size—some comparable in size with Pluto.

Comets are incredibly primitive material some 4.6 billion years old. They are building blocks left over from a period in the early solar system when the planets were accreting. Everything we know in our solar system was once formed from the accretion of cometary material.

Q: What do they hope to learn from the landing of the probe Philae on this comet?

Watters: Comets are the collectors of that first material that formed as the solar nebula cooled, so one of the big questions is: Was the liquid water that we have on Earth delivered to it by comets?

A second thing they are certainly going to be looking for is what kind or organic compounds are present on this comet. If so, did comets seed the building blocks of life on planet earth?