Tasty and easy to find, the heath hen was a favorite dish of America’s colonial settlers. This beautiful little bird, however, was no match for the appetite of a growing nation. Overhunting sent it to extinction by 1932, when it joined the passenger pigeon (extinct: 1914), great auk (extinct: mid-1800) and the Carolina parakeet (extinct: 1918) on the list of North American birds slaughtered to oblivion for food, feathers or because they were considered pests.

As revealed in an exhibit at the Smithsonian’s National Museum of Natural History, “Once There Were Billions: Vanished Birds of North America,” an amazing diversity of birds once inhabited the vast forests and plains of North America. But if the past appears bleak in terms of America’s treatment of its native bird species, the present is even more severe. 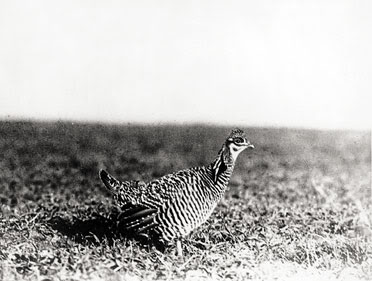 A male heath hen on the Great Plain of Martha’s Vineyard, ca. 1909 photo taken by (Unknown).

Today, the new urban infrastructure spreading across the American landscape represents bird hazards the colonists never dreamed of, such as skyscrapers, power lines and speeding cars. In addition, the danger has spread to a wider range of species, not just those that humans find tasty or of economic use.

Tall buildings and bright city lights are one lethal combination that today is killing hundreds of millions of migrating birds each year, says Brian Schmidt, an ornithologist at the Natural History Museum. During spring and fall migrations, city lights interfere with a bird’s ability to navigate at night by the moon and the stars.

“They can’t see the skies,” Schmidt says. “Bright lights attract birds, especially in the early mornings, and when the lights reflect off of buildings birds can’t tell solid windows from open sky, so they fly right into them. They usually collide with so much force that it causes blunt force trauma or a concussion that kills them.”

Schmidt has examined and prepared many building-strike victims for the collections of the museum’s Division of Birds, picked-up from city sidewalks by volunteers from “Lights Out!” an organization pushing to get cities to reduce light pollution during bird migrations. The most frequent victims of building collisions, Schmidt says, include the common yellowthroat warbler, ovenbird, white-throated sparrow, gray catbird, and the American woodcock. 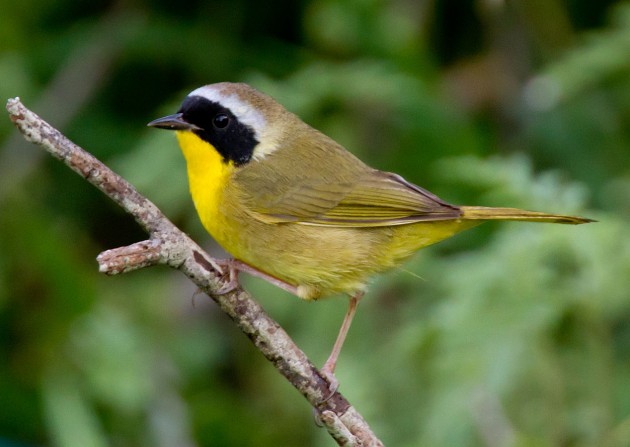 Collisions with electric power lines are another hazard that takes millions of birds each year. Since birds have eyes on opposite sides of their heads, they have a depth-of-field problem in seeing what’s right before them, explains Peter Marra of the Smithsonian’s Migratory Bird Center. “As they are flying through a particular area they are looking beyond those wires and don’t see the power lines. It doesn’t take much to break a hollow bone in a wing, which birds have,” Marra says.

Electricity from power lines and poles is also responsible for millions of bird deaths each year, particularly eagles and other raptors.

In a recent paper published in the journal PlosOne Marra, Scott Loss of Oklahoma State University and Tom Will of the U.S. Fish and Wildlife Service, reviewed data from dozens of surveys of bird power-line deaths to get an accurate idea of just how many birds truly die from power line collisions and electrocutions.

“Frequently the figures cited in the media and in scientific literature regarding bird mortality amounts are based on speculation or only on one or two studies extrapolated to the entire United States,” says Loss, a former post-doc at the Smithsonian’s Migratory Bird Center. “In our work we tried to bring together as much data as we could, from both peer-reviewed literature and in some cases unpublished data, to come up with the best estimates of mortality, using sophisticated statistical methods.” 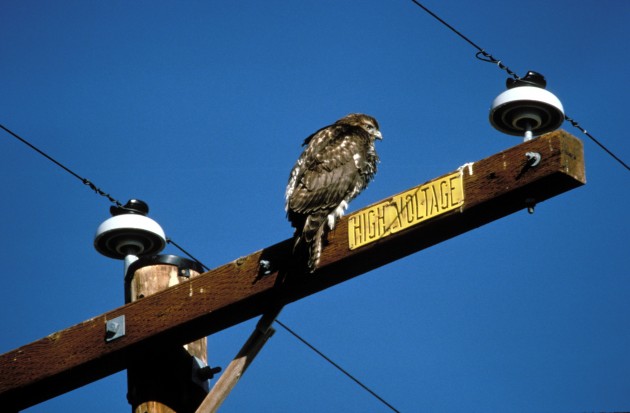 A rough-legged hawk uses a power line pole to survey the landscape for food at the Bosque del Apache National Wildlife Refuge in New Mexico. (By John and Karen Hollingsworth, USFWS)

Based on their work the new estimate of birds killed at power lines each year: between 12 and 64 million. “Obviously there is still a range of uncertainty in our estimates, but it does reflect the best available data,” Loss says.

In a second similar study published in May in the Journal of Wildlife Management, the scientists took a comprehensive look at bird deaths caused by collisions with cars in the United States. Previous estimates of these deaths had been based on a single study done in Great Britain. Their new estimate of between 80 million and 340 million auto-strike bird deaths annually in the U.S. is based on some 20 mortality rates taken from 13 independent studies.

Other causes of bird mortality that are being studied include pesticides, radio towers, cats and wind turbines.

Our idea, says Marra, “is that these are the sorts of hazards theoretically we could mitigate, change or minimize. That is why we did these mortality estimates.”

“Our estimates provide evidence pointing to the threats that need attention,” Loss says. “This evidence can be used by organizations that are hoping to direct their efforts on bird threats that appear especially large.”

Arguably one of the most significant hazards of urban development for birds is habitat loss and degradation, Schmidt points out. “Many bird populations are resilient. If they have habitat where they can breed, they will find it and they will reproduce and keep coming back,” he says. “As urban sprawl grows, forests are moved and that has a great impact on bird populations. If they don’t have a place to live they can’t reproduce.”

Also, when habitat starts to degrade it allows other birds to come in that can take advantage. When old growth forests of Northwestern U.S. were logged, great horned owls and barred owls moved in and began outcompeting and even preying upon the resident spotted owls, Schmidt says. –John Barrat