Plants are among the world’s best carbon sinks, but there’s a side to the plant-CO2 love affair that’s rarely discussed. When carbon dioxide rises, plants cling to it more, releasing less back into the air—and until recently, scientists couldn’t figure out why. With a new paper published June 11 in Global Change Biology, ecologist Bert Drake believes he finally has the answer.

The process is called respiration, and it’s one of the most overlooked parts of the carbon cycle. Unlike photosynthesis, in which plants absorb carbon dioxide and release oxygen, respiration reverses it. And plants respire constantly. Much of the CO2 plants take from the atmosphere for photosynthesis finds its way back via respiration from plants and soil. Which leaves a major question: How much carbon can the world’s ecosystems store as CO2 rises and climate changes? 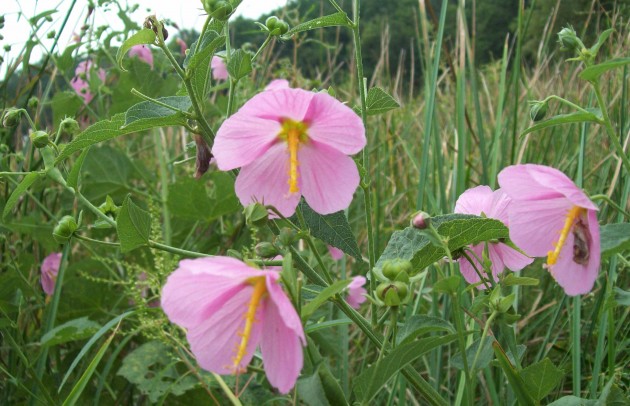 In a high-CO2 experiment, plants released roughly 10 percent less CO2. “It’s not miniscule. It’s measurable, and it’s significant,” Drake said. It’s significant enough to have a major impact on the wetlands’ carbon budget, and potentially the global carbon budget. It was also significant enough to provoke controversy when Drake and his colleagues reported it in 1992, partly because no one could explain how it was happening.

Drake works on the Global Change Research Wetland, an experimental marsh at the Smithsonian Environmental Research Center in Maryland. He created the experiment in 1987 to uncover how plants would respond to rising CO2. He surrounded 30 plots with open-top chambers and pumped half of them with an extra 340 parts per million CO2—roughly double atmospheric levels in 1987. He left the others exposed to normal air. 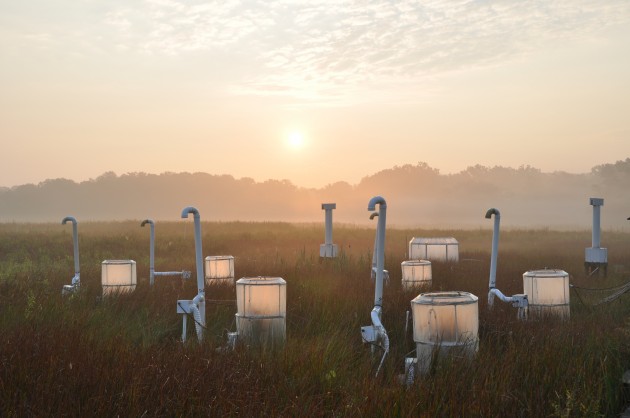 Climate change proceeded in the three decades since. Marsh sea level rose 20 centimeters. The growing season lengthened more than a week, and atmospheric CO2 rose nearly 18 percent, passing 400 ppm globally in May 2013. Inside the chambers, plants under higher CO2 soaked up more, as expected. But they also emitted less.

Drake and his colleagues weren’t the first to discover this. (Scientists noticed plants respiring less under high CO2 in the early 20th century.) But they were among the first to pay serious attention and evaluate it in terms of carbon budgets.

“This is a really controversial idea,” Drake said. Many doubted or dismissed it outright. Part of the controversy stemmed from the nature of their experiments. Before Drake, few had looked at the actual gas exchange between plants and the atmosphere, because it is technically challenging. Most had examined only the results of high CO2 on plant growth.

“You wouldn’t see what the total budget is,” he said. “You’d see only a piece of it. It’d be like you had an accounting system that didn’t measure inputs and losses, just the turnover of cash.”

The process was also counter-intuitive. It made sense for plants to avail themselves of extra CO2 for photosynthesis. But what would keep them from releasing the excess afterward? 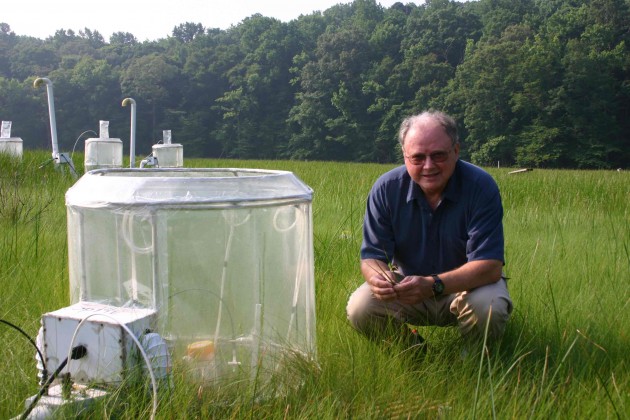 It comes down to a chain reaction inside plants that took 28 years of data to unravel. Drake believed nitrogen was key. When plant tissues contain less nitrogen—usually in proteins—they respire less, because the cost of maintaining proteins is incredibly high. With less protein, plants don’t need to work as hard.

But that didn’t explain why high CO2 causes plants to have less nitrogen in the first place—one of the most common findings in plant-CO2 experiments. Drake’s data showed that when CO2 rises, the holes in plant shoots or leaves shrink, losing less water. When plants lose water more slowly, their entire circulation system slows down. Less nitrogen gets from the soil to where it is needed to make protein. Less nitrogen means less protein. Less protein means lower respiration and, ultimately, less CO2 lost to the atmosphere.

The picture isn’t entirely sunny. While plants flourish under high CO2, they paradoxically stagnate under high temperatures predicted to accompany it. Healthier plants can also stimulate soil microbes to emit methane, an even more powerful greenhouse gas. Fortunately the methane emitted is small, and its effect pales in comparison to the benefits of trapped CO2.

And all the trapped CO2 will make a difference, Drake said. If the rate of water loss—the missing step—determines respiration in all plants, estimates for the global carbon budget have to change. “That’s the bottom line,” he said.