It was a first for the Federal Aviation Administration recently when it granted approval for the commercial operation of an unmanned aerial vehicle over United States’ soil. British Petroleum received a thumbs-up from the FAA on June 10 to use drones to fly aerial surveys over Alaska of BP oil equipment and pipelines. This decision is the latest development in the rapidly evolving realm of commercial and amateur demand for UAVs, an exploding technology that National Air and Space Museum curator Roger Connor likens to a Wild West situation. Here Connor answers a few questions about the FAA’s decision and the UAV revolution.

Q: What is the significance of the FAA’s decision?

Connor: The FAA is being very traditional, very methodical in its approach to UAV regulation. Comprehensive FAA rules for UAVs, its leaders have made clear, will probably not be in place until 2020 or 2021. Until then the FAA plans on certifying particular types of operations, ones where unmanned systems would operate over uncongested areas such as Alaska, and allowing companies to apply for individual exemptions. 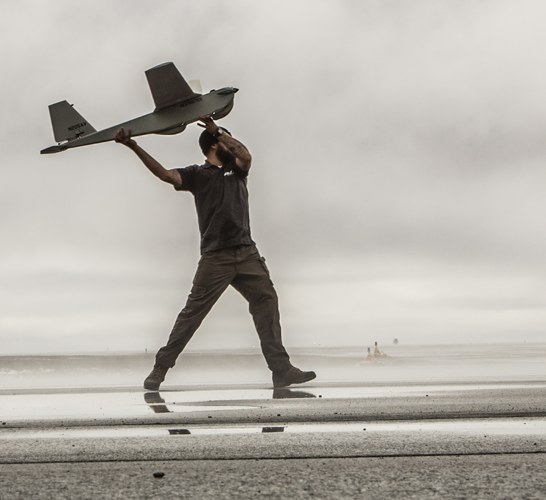 An AeroVironment Puma UAV, the type approved by the FAA for use by BP, is launched in Alaska. (Image courtesy AeroVironment)

The problem is that right now the pace of civilian adoption of small-unmanned systems for commercial use has greatly outpaced the FAA’s ability to regulate them.

For example, real estate agents are using UAVs to take aerial photos of their listings; people are selling UAV-shot footage to TV stations of accident scenes; and people are posting “dronies” [self-portraits taken with a UAV camera in the sky] rather than “selfies” on social media. This is all being done for the most part, as the FAA would say, illegally. People are deliberately turning their backs on the FAA’s slow process and going ahead and using drones for all types of applications.

What I have seen in the last four to six weeks in particular are news stories of people who are blatantly violating the FAA’s position and are even reporting that to the media. The U.S. has essentially the best-regulated air space in the world, but one of the most cumbersome in terms of introducing new regulations especially for something as sweeping and revolutionary as UAVs are today.

Q. What will be the outcome?

Connor: I think the best analogy right now is the Wild West. It’s really a very turbulent time. There are people who are resisting drone use because of privacy and safety concerns, but others are pushing ahead and rapidly adopting the technology.

Exactly where things are going to fall in the end is not entirely clear. What is clear is that the current situation is probably untenable. There’s going to have to be a faster pace for regulation, otherwise someone is going to suck one of these drones into a jet turbine and there’s going to be a serious accident.

On the other hand, the fact that we haven’t had real serious incidents with the current profusion of drones is an indication that it is going to be a viable industry. These things can be operated relatively safely and with low risk.

Amature footage shot with a UAV quadcopter in California

Q: Will drones soon become a common part of our lives?

Connor: I think certainly anything to do with photography from an aerial perspective is going to continue to take off. We’re very accustomed now to a Google Earth perspective of things and we like that, we want more of it. Drones go a long way to fulfilling that. Google Earth is somewhat static in terms of not seeing things change for a long time. Drones offer the same perspective but in a much more dynamic way, a real-time way. There is a huge demand for that and I think we are going to see much more of it in the next five years, particularly if the technology becomes more capable, reliable and easier to use.

Heavy industry also has a pressing need for some of these things. For example, oil pipeline patrol has long been a high-risk activity. Helicopters and even light aircraft have been used for pipeline patrol but it’s a fairly hazardous activity because it means flying along at low altitude sometimes in not great weather. It is tedious and you are often operating in the vicinity of power lines. The ability to have something you can send out on a particular GPS track with a camera, you send it out and it just follows that power line is solving pilot risk and it is cheaper too.

Q. Should we fear drones are going to expand a surveillance state?

Connor: Obviously, they do have a potential to increase the persistence of surveillance. In terms of new capability they are not adding anything new. What they are adding is a persistence, you can keep a drone on the scene a lot longer and there is concern about that. While the FAA has been extremely reluctant to allow the general public to fly any type of commercial activity over populated areas—and that doesn’t seem to be likely to happen at all until the end of the decade— it has been allowing police departments to do that. A number of police departments have applied for exemptions with the FAA, which have been granted. 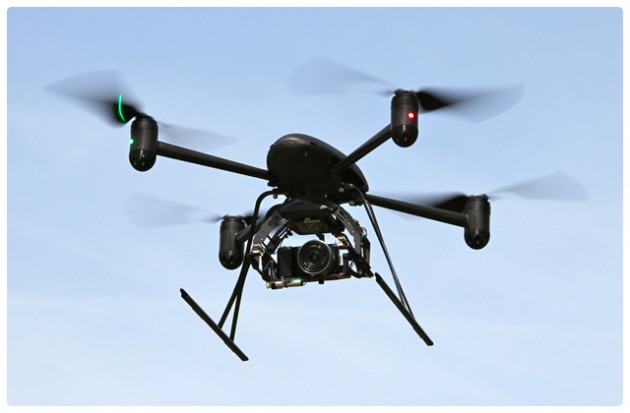 Q: You are curator of the Air and Space Museum’s unmanned aircraft systems collection, what have you collected recently?

Connor: We just recently collected a Draganflyer X4, which is a quadcopter [helicopter with four rotors]. The particular one we are getting received international attention in May because it was used by the Canadian Mounties in what was claimed to be the first use of a police drone to save a human life. This one actually had a FLIR (forward looking infrared) on it so they sent it out at night at 20-below zero and found a guy who had hit his head and wandered away from an accident scene. They found the guy fairly easily using this UAV and did it at a lower cost and more rapidly than they could have gotten a helicopter to look for the guy.

We’re also looking at a Boeing Scan Eagle, one from the first commercial operation approved by the FAA last summer for use over water in Alaska by BP.