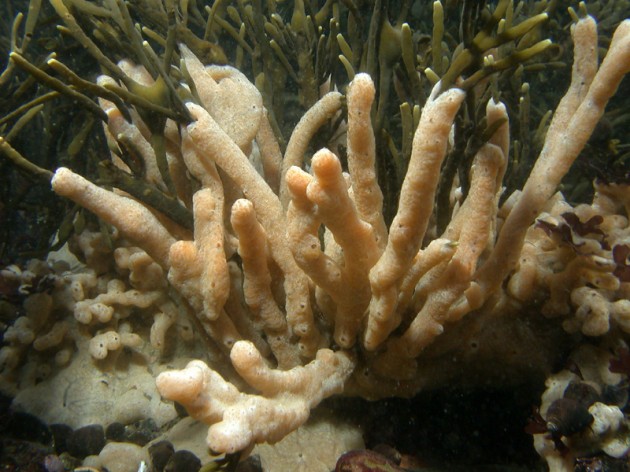 Didemnum vexillum, a sea squirt species believed to have originated near Japan that was recently discovered in Sitka, Alaska. (Photo courtesy USGS)

The Smithsonian Environmental Research Center in Edgewater, Md., and the Alaska Sea Grant Program of the University of Alaska, Fairbanks, were recently identified as the recipients of a $400,000 grant from NOAA’s National Sea Grant College. The money will be used by the two collaborating organizations to create an early detection and rapid response system for invasive marine species in Alaska. A key element of the detection system will be observations from volunteer “citizen scientists.” The grant is one of five regional grants totaling $2 million awarded by the National Sea Grant College program to prevent and control aquatic invasive species. “Invasive species in our waterways are threatening ecosystems from coast to coast — from tunicates on the West Coast and Australian spotted jellyfish on the East Coast to the round goby in our Great Lakes,” NOAA Sea Grant Director Leon Cammen said. “These grants will help to reduce the great ecological and economic costs of aquatic invasive species.” 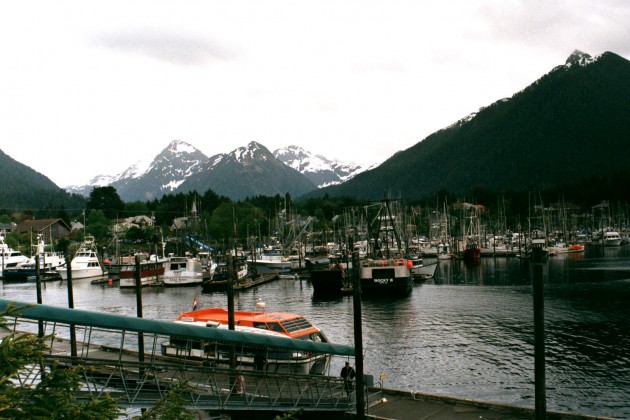 A non-native species, Didemnum vexillum, was discovered in Sitka, Alaska, earlier this year during a Marine Invasive Species Bioblitz organized by the Smithsonian Environmental Research Center, Alaska Department of Fish and Game, Alaska Sitka Tribe, University of Alaska, NOAA and San Francisco State University. A notorious fouling organism on boats, fishing nets, docks, and buoys, D. vexillum (also known as the carpet sea squirt) is of major concern because it grows rapidly and can completely cover aquaculture nets, shellfish beds and sensitive marine environments. Believed to have originated near Japan, the species spreads through both sexual reproduction and fragmentation, which aids in its ability to colonize new areas rapidly. D. vexillum could have been introduced to Alaska through ballast water, fouled commercial and recreational boat hulls, relocating fouled piers and docks, fishing equipment and aquaculture gear. Now that it has been identified in Sitka, it is important to keep D. vexillum from spreading to other parts of Alaska. Several agencies are now working in conjunction with the Smithsonian to develop a rapid response plan for D. vexillum and efforts are underway to determine the extent of its distribution.