As economic expansion and development fragments the forest landscape of central India, the species that rely on that habitat—including endangered tigers and leopards—face dwindling populations and increased competition for food and resources. Smithsonian Conservation Biology Institute scientists analyzed the genes of these great cats in the Satpura-Maikal landscape—a 15,000 square kilometers area composed of four interconnected reserves: Kanha, Satpura, Melghat and Pench. From April-June 2009 and November 2009-May 2010, they collected scat (fecal matter) and hair samples for DNA analysis. This data, combined with India’s forest ecology history, enabled SCBI scientists to construct a definitive picture of how habitat loss affects the genetic diversity and gene flow of cat populations. Published in Evolutionary Applications and Proceedings of the Royal Society B, their research demonstrates that an intact forest corridor is vital for maintaining gene flow in these great cats. 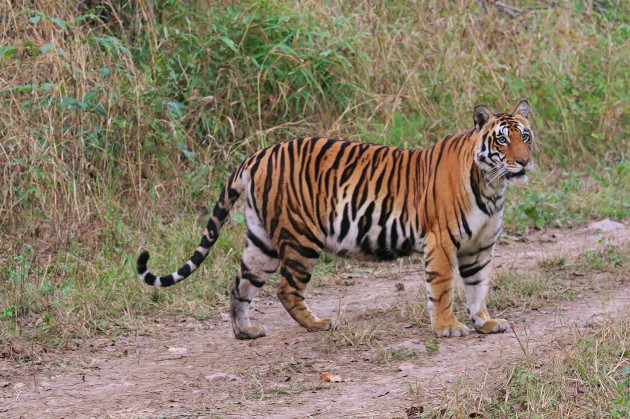 Human activity in and around the Satpura-Maikal forest has dramatically changed the landscape over the course of 300 years. From 1700 to 2000, the habitat underwent a 25-fold increase in urbanization. Human population increased 10-fold and anthropogenic activities resulted in the clearing of 78 percent of the forest, leaving just 32 percent of viable habitat for leopards and tigers. The reduced and fragmented landscape makes it difficult for these solitary animals to safely move between protected reserved in search of mates and territory.

SCBI scientists collected 1,411 scat samples, 66 hair samples and four claw samples and identified 217 leopards and 273 tigers in the same region. By extracting and analyzing genetic material, scientists found that leopard gene flow between the four protected areas in central India is much lower today than it has been in the past. The greatest decline of genetic diversity occurred between Melghat and Pench, the two most fragmented reserves. Reserves connected by forest corridors, however, has a higher rate of gene flow, suggesting that habitat connectivity directly affects the ability of leopards to find an unrelated mate. 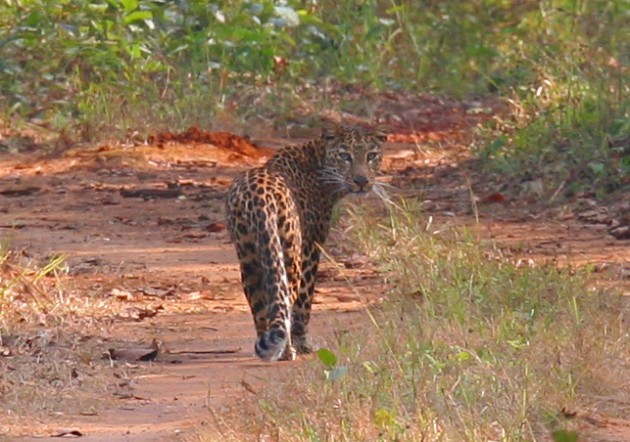 Scientists found similar results for tigers. Three of the reserve pairs with poor forest connectivity—Kanha-Satpura, Pench-Melghat and Kanha-Melghat—showed a 47 to 70 percent reduction in gene flow when compared to historic levels. The most dramatic decrease in gene flow occurred between Kanha and Satpura—the pair of reserves with the least functional forest corridors.

As part of these studies, scientists reconstructed the demographic history of tigers in the Satpura-Maikal landscape. Using Bayesian and coalescent-based analyses, scientists identified three points when tiger populations clearly diverged. They found that tigers first entered India around 10,000 years ago. Their habitat fragmented 700 years ago as agricultural expansion and other human activities took place. In the 18th and 19th centuries, the third divergence event occurred as the British Empire expanded its territory and cleared the central Indian forests at an accelerated rate. After this development, the tiger population was drastically reduced and was further isolated.

As urbanization continues to infringe upon the natural Satpura-Maikal landscape, forest corridors play an increasingly important role in ensuring the survival of leopard and tiger populations. This research will be highly relevant to policy makers in central India as deforestation, road widening and coal mining continue to threaten tiger and leopard habitat. Both studies call for the protection of central India’s forest corridors, which are vital to maintaining genetic diversity in the populations by maintaining gene flow between protected areas. For more information on the role these corridors play in the conservation of big cat species, visit the Zoo’s website.