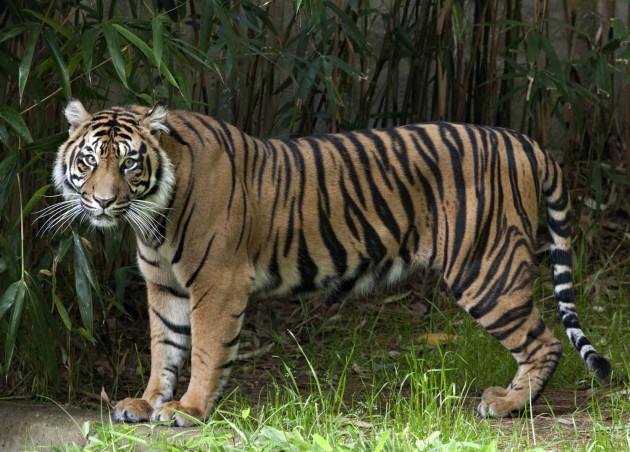 The National Zoo’s great cat program recently expanded with the arrival of two-and-a-half-year-old female Sumatran tiger, Damai, who is now out of quarantine and spending time outside in her exhibit where visitors can see her. The Zoo hopes to bring a male tiger later this year to breed with Damai, as recommended by the Association of Zoos and Aquariums’ Species Survival Plan for Sumatran tigers, which matches animals across the country to ensure genetic diversity in the population.

“Every time we get a new animal, it’s a learning experience for us because each animal is different,” said Leigh Pitsko, a tiger keeper at the Zoo. “We can already tell that Damai is a great tiger. She’s sweet, very calm, and curious about everything going on around her. Visitors will really enjoy watching her and learning about her species.” 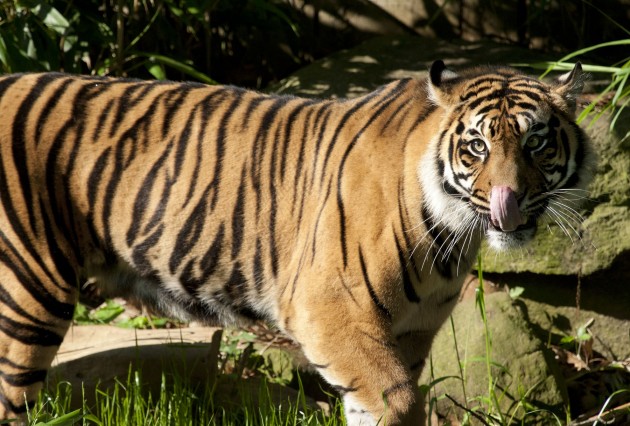 Damai’s genetics are not well represented among tigers in captivity in North America, and she is therefore a highly valued animal within the Species Survival Plan. The Plan opted to send her to the National Zoo because of its success in breeding Sumatran tigers and other cats, such as cheetahs and lions. The Zoo’s last litter of tigers was born in 2006 to female Soyono, who is 17 years old and has had three litters.

Conservationists believe there are fewer than 3,500 tigers left in the wild (and fewer than 500 Sumatran tigers), as the result of poaching and habitat loss. Not only is the Zoo helping to ensure that the North American captive population of tigers is sustainable, but the Zoo’s Smithsonian Conservation Biology Institute leads the Global Tiger Initiative in partnership with the World Bank and other organizations. Tiger conservationists are meeting in Bhutan this week to develop recommendations for preserving tiger conservation landscapes in the country by looking at regional infrastructure planning tools, approaches to sustainable tourism, roads and hydropower projects. By working with wildlife officers, field managers, researchers and policymakers from tiger-range countries, the Global Tiger Initiative aims to double the number of tigers in the wild by 2022—the next year of the tiger in the Chinese zodiac calendar. 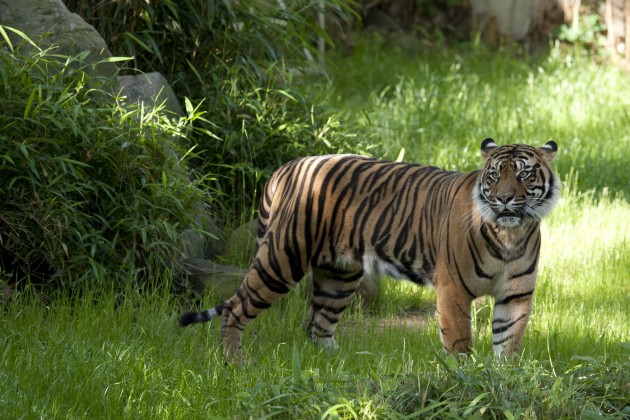 “Because the Zoo plays such a large role in the Global Tiger Initiative, we want to make sure we’re doing our part to keep a healthy captive population,” said Marie Magnuson, a tiger keeper at the Zoo. “Ultimately we hope to have cubs here again. Because tigers are so highly endangered, every tiger born is a victory.”

The Zoo is now home to three Sumatran tigers: Damai, Soyono, and Soyono’s five-year-old offspring, Guntur. Pitsko and Magnuson will be training Damai, who came from the San Diego Safari Park, to exhibit a number of behaviors that will allow the Zoo’s veterinarian team to draw blood, give injections and conduct ultrasounds without having to anesthetize her.