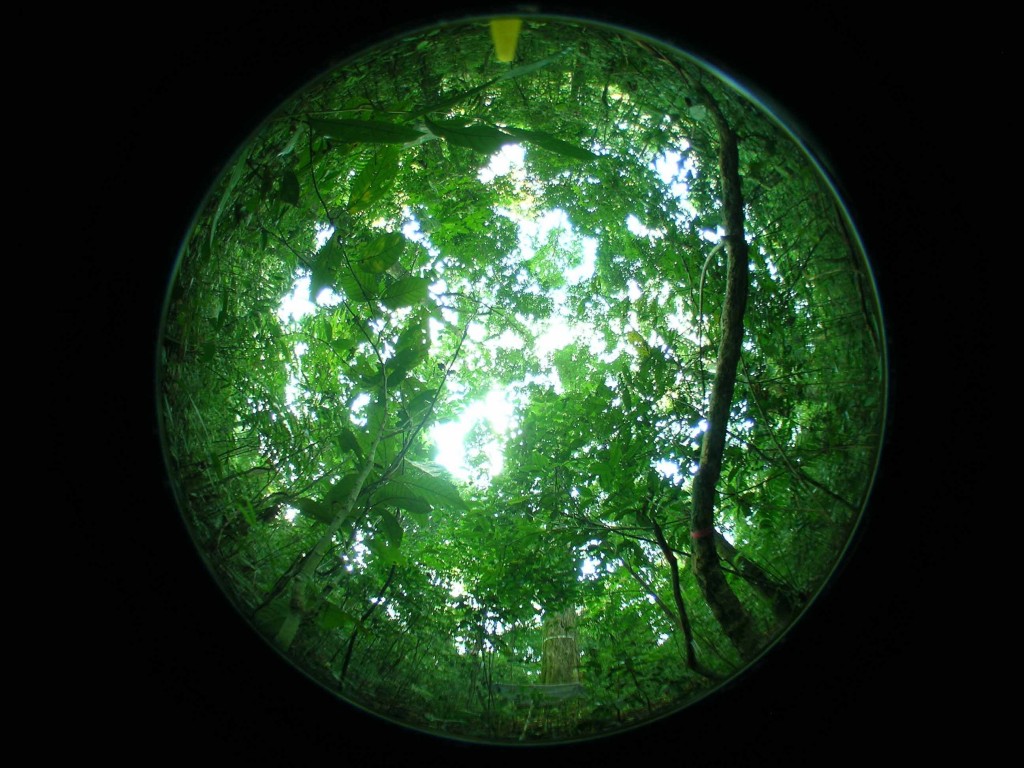 Previous global warming events led to more diverse tropical forests. This is a view of the lowland tropical forest on Barro Colorado Island in Panama.

South American rainforests thrived during three extreme global warming events in the past, say paleontologists at the Smithsonian Tropical Research Institute in a new report published in the Annual Review of Earth and Planetary Science. No tropical forests in South America currently experience average yearly temperatures of more than 84 degrees Fahrenheit (29 degrees Celsius). But by the end of this century, average global temperatures are likely to rise by another 1 F (0.6 C), leading some scientists to predict the demise of the world’s most diverse terrestrial ecosystem.

Carlos Jaramillo, Cofrin Chair in Palynology, and Andrés Cárdenas, post-doctoral fellow, at the Smithsonian in Panama reviewed almost 6,000 published measurements of ancient temperatures to provide a deep-time perspective for the debate.

“To take the temperature of the past we rely on indirect evidence like oxygen isotope ratios in the fossil shells of marine organisms or from bacteria biomarkers,” said Jaramillo.

According to the fossil record, rainforests prospered under these hothouse conditions. Diversity increased. Because larger areas of forest generally sustain higher diversity than smaller areas do, higher diversity during warming events could be explained by the expansion of tropical forests into temperate areas. “But to our surprise, rainforests never extended much beyond the modern tropical belt, so something other than temperature must have determined where they were growing,” said Jaramillo.

Jaramillo and Cárdenas’ report also refers to findings by Smithsonian plant physiologist Klaus Winter that leaves of some tropical trees tolerate short-term exposure to temperatures up to 122 F (5 C). When carbon dioxide concentrations double, trees use much less water, which is further evidence that tropical forests may prove resilient to climate change.