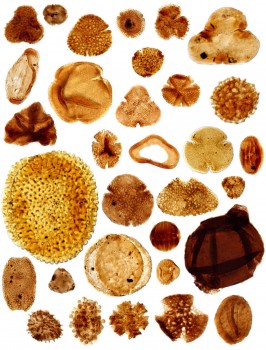 The steamiest places on the planet are getting warmer. Conservative estimates suggest that tropical areas can expect temperature increases of 3 degrees Celsius by the end of this century. Does global warming spell doom for rainforests? Maybe not. Carlos Jaramillo, staff scientist at the Smithsonian Tropical Research Institute, and colleagues report in the journal Science that nearly 60 million years ago rainforests prospered at temperatures that were 3-5 degrees higher and at atmospheric carbon dioxide levels 2.5 times today’s levels.

“We’re going to have a novel climate scenario,” said Joe Wright, staff scientist at STRI, in a 2009 Smithsonian symposium on Threats to Tropical Forests. “It will be very hot and wet, and we don’t know how these species are going to react.” By looking back in time, Jaramillo and collaborators identified one example of a hot, wet climate: rainforests were doing very well. 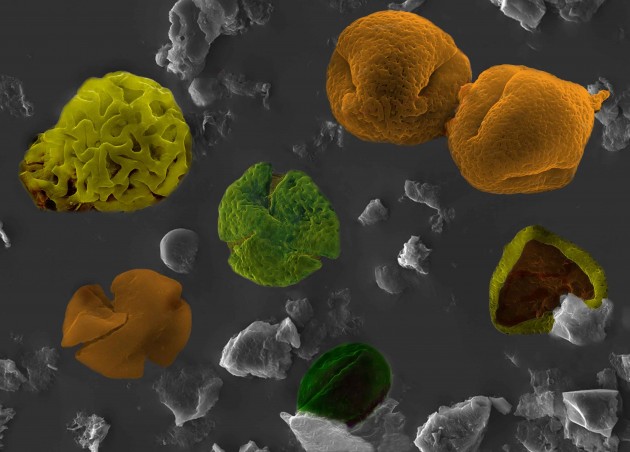 Researchers examined pollen trapped in rock cores and outcrops—from Colombia and Venezuela—formed before, during and after an abrupt global warming event called the
Paleocene-Eocene Thermal Maximum that occurred 56.3 million years ago. The world warmed by 3-5 degrees C. Carbon dioxide levels doubled in only 10,000 years. Warm conditions lasted for the next 200,000 years.

Contrary to speculation that tropical forests could be devastated under these conditions, forest diversity increased rapidly during this warming event. New plant species evolved much faster than old species became extinct. Pollen from the passionflower plant family and the chocolate family, among others, were found for the first time.

“It is remarkable that there is so much concern about the effects of greenhouse conditions on tropical forests,” said Klaus Winter, staff scientist at STRI. “However, these horror scenarios probably have some validity if increased temperatures lead to more frequent or more severe drought as some of the current predictions for similar scenarios suggest.”

Evidence from this study indicates that moisture levels did not decrease significantly during the warming event. Overall results indicate that tropical forests fared very well during this short and intense warming period. 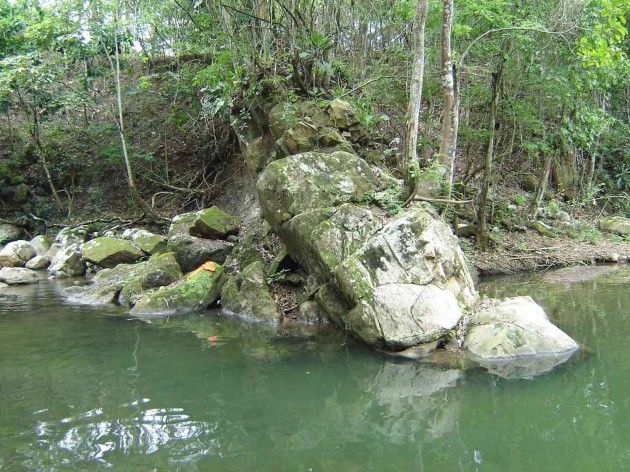 “The Smithsonian Tropical Research Institute celebrates ‘100 Years of Tropical Science in Panama’ starting this year,” said Eldredge Bermingham, STRI director. “Today, our scientists are working in more than 40 countries worldwide. We have the long-term and global monitoring experiments in place to begin to evaluate scenarios predicting the effects of climate change and other large-scale processes on tropical forests.”

This research was supported by the Fundación Banco del la República de Colombia, the National Geographic Society, the Smithsonian Institution and the SI Women’s Committee,
ICP-Ecopetrol S.A., the U.S. National Science Foundation and the Netherlands Organization for Scientific Research.