Non-native plant species pose a significant threat to the natural ecosystems of the United States. Many of these invasive plants are escapees from gardens and landscapes where they were originally planted. Purchased at local nurseries, wholesale suppliers and elsewhere, these plants have the potential of taking over large areas, affecting native plants and animals and negatively changing the ecosystem. In recent years an increase in travel and international trade has rapidly introduced many new non-native species to the United States.

“While not all non-native plants are bad, some imported species are bullies that crowd out native plants and damage the diverse ecosystems that many living things depend on,” said James Gagliardi, a horticulturist with Smithsonian Gardens.

Plants with the highest invasive potential are prolific seeders and vigorous growers which have the ability to adapt well to a variety of conditions. Native species have not evolved alongside these plants and have trouble competing. With few predators and little competition for resources, these new plants can displace native flora, reducing plant diversity until a landscape is no longer able  to support longstanding native plant, animal, and insect communities.

Here is James Gagliardi’s top six list of the most prolific plant invaders in the U.S. with suggestions of native stand-ins to plant in your garden: 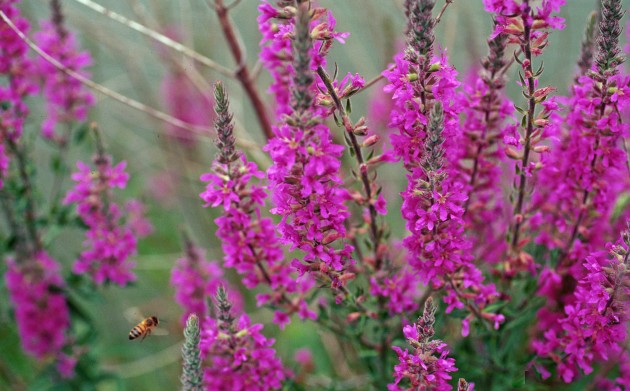 Arrival: Purple loosestrife was introduced to the United States in the early 1800s for ornamental and medicinal uses.

Impact: Now growing invasively in most states, purple loosestrife can become the dominant plant species in wetlands. One plant can produce as many as 2 million wind-dispersed seeds per year and underground stems grow at a rate of 1 foot per year. 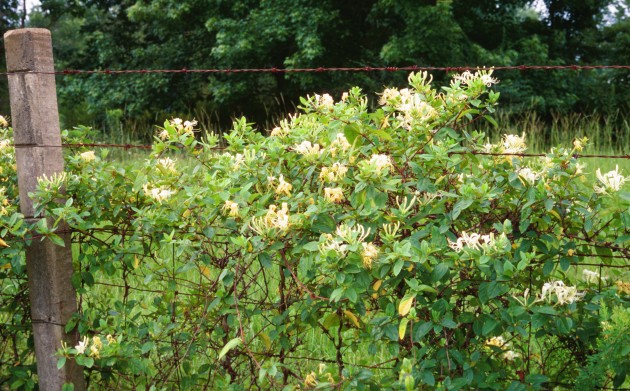 Arrival: One of many invasive varieties of honeysuckle in the United States, Japanese honeysuckle was brought to Long Island, NY, in 1806 for ornamental use and erosion control.

Impact: The plant has become prolific throughout much of the East Coast as it adapts to a wide range of conditions. Japanese honeysuckle is an aggressive vine that smothers, shades and girdles other competing vegetation. Many of the birds eat the fruit of this plant, thereby spreading the honeysuckle’s seeds. 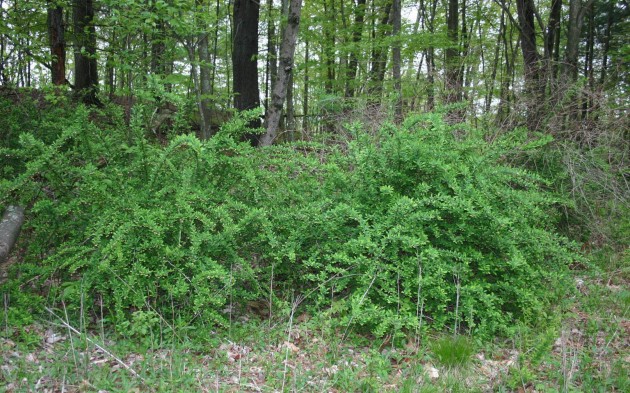 Arrival: Japanese barberry was introduced to the United States in the 1800s as an ornamental. Seeds of Japanese barberry were sent from Russia to the Arnold Arboretum in 1875 as an alternative to European barberry (Berberis vulgaris), which had fallen out of favor as it was a host to Black Rust Stem—a serious fungus effecting cereal crops.

Impact: The shrub has the ability to grow in deep shade and is particularly detrimental to forest lands in the Northeast. The heavily fruiting plant forms dense thicket, crowding out native plants, and its seeds are easily spread by birds. 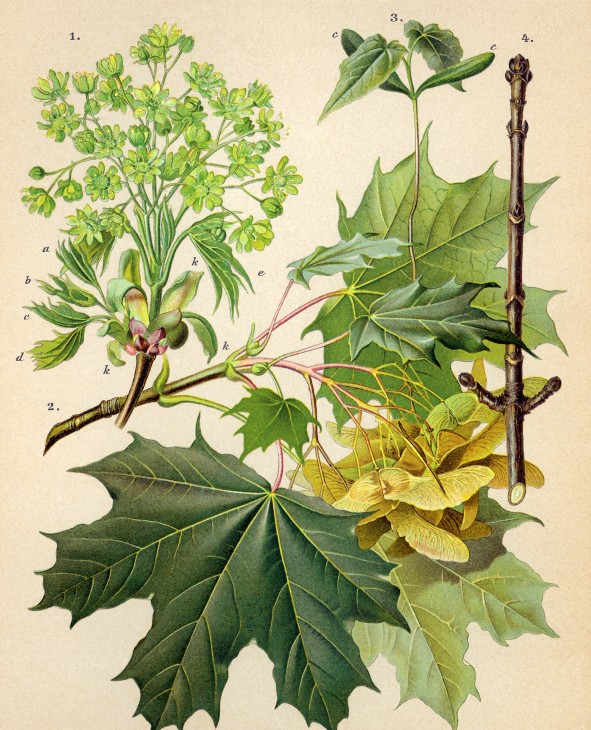 Arrival: The plant explorer John Bartram first introduced the Norway maple to the United States from England in 1756. The widely adaptable tree quickly became popular and was planted in towns as a shade tree and in rural communities.

Impact: The Norway maple displaces native trees and has the potential to dominate a landscape in both the Northeast and Northwest. It displaces native maples like the sugar maple and its dense canopy shades out wildflowers. 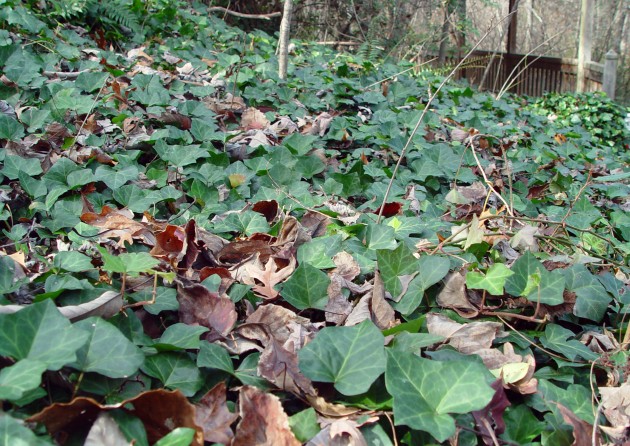 Arrival: The introduction of English ivy dates back to the early 1700s when European colonists imported the plant as an easy-to-grow evergreen groundcover.

Impact: The planting and sale of English ivy continues in the United States even though it is one on the worst-spread invasive plants in the country due to its ability to handle widespread conditions, particularly on the east and west coasts. English ivy is an aggressive-spreading vine which can slowly kill trees by restricting light. It spreads by vegetative reproduction and by seed, which are consumed and spread by birds. 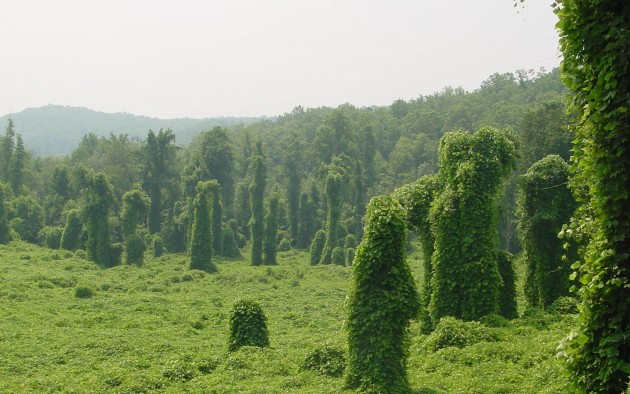 Arrival: Japan introduced Kudzu to the U.S. at the Philadelphia Centennial Exposition in 1876. It was first promoted as an ornamental plant and later as a forage crop in the Southeast. One million acres of Kudzu were planted in the 1930s and 1940s by the Soil Conservation Service to reduce soil erosion on deforested lands. It was not until the 1950s that it was recognized as an invasive.

Impact: Once established, Kudzu grows at a rate of up to one foot a day and 60 feet annually. This vigorous vine takes over areas in the Southeast by smothering plants and kills trees by adding immense weight and girdling or toppling them.