Archaeologists working at the Smithsonian Tropical Research Institute in Panama have discovered a cluster of 12 unusual stones in the back of a small, prehistoric rock-shelter near the town of Boquete. The cache represents the earliest material evidence of shamanistic practice in lower Central America. 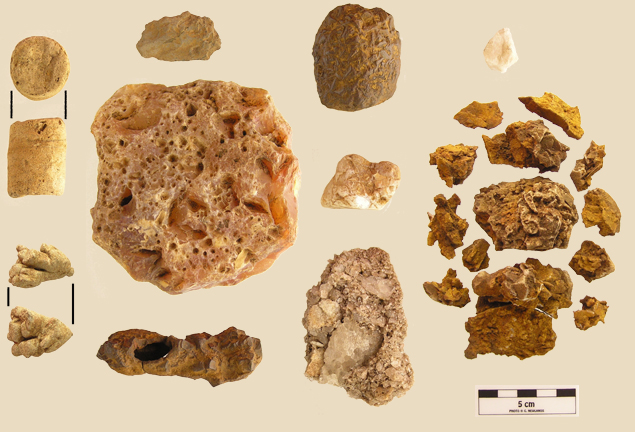 “There was no evidence of a disturbance or pit feature to suggest someone had come along, dug a hole and buried the stones at a later date,” Dickau said. “The fact that the stones were found in a tight pile suggests they were probably deposited inside a bag or basket, which subsequently decomposed.”

Based on the placement and the unusual composition of the stones in the cache, Richard Cooke, STRI staff scientist, suggested they were used by a shaman or healer. Consulting geologist Stewart Redwood determined that the cache consists of a small dacite stone fashioned into a cylindrical tool; a small flake of white, translucent quartz; a bladed quartz and jarosite aggregate; a quartz crystal aggregate; several pyrite nodules that showed evidence of use; a small, worn and abraded piece of chalcedony; a magnetic andesite flake; a large chalcedony vein stone; and a small magnetic kaolinite stone naturally eroded into an unusual shape, similar to a flower. 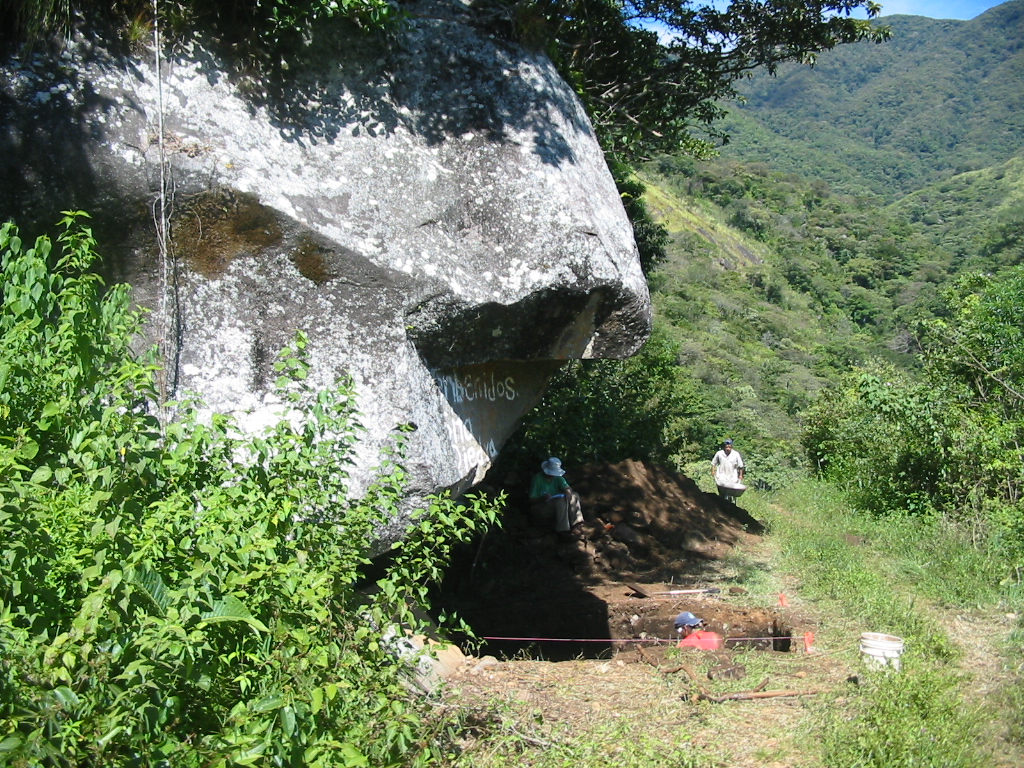 “A fascinating aspect of this find is that these are not ordinary stones but are rocks and crystals commonly associated with gold deposits in the Central Cordillera of Panama and Central America,” Redwood said. “However, there are no gold artifacts in the rock-shelter, and there’s no evidence that the stones were collected in the course of gold prospecting as the age of the cache pre-dates the earliest known gold artifacts from Panama by more than 2,000 years. But the collector of the stones clearly had an eye for unusual stones and crystals with a special significance whose meaning is lost to us.”

Indigenous groups who lived near this site include the Ngäbe, Buglé, Bribri, Cabécar and the now-extinct Dorasque peoples. Shamans or healers (curanderos) belonging to these and other present-day First Americans in Central and South America often include special stones among the objects they use for ritual practices. Stones containing crystal structures are linked to transformative experiences in many of their stories.

Anthony Ranere, from Temple University in Philadelphia, first identified and excavated Casita de Piedra in an archaeological survey of western Panama in the early 1970s. He found that the small rock-shelter had been repeatedly occupied over thousands of years and used for a variety of domestic activities such as food processing and cooking, stone-tool manufacture and retouch, and possibly woodworking. Dickau returned to the site to expand excavations from December 2006 to January 2007.

Dickau’s group radiocarbon dated charcoal from the base levels of the shelter and discovered it was first occupied more than 9,000 years ago, much earlier than Ranere originally proposed. Her research also showed that the people who would have benefitted from the shaman’s knowledge practiced small-scale farming of maize, manioc and arrowroot, and collected palm nuts, tree fruits and wild tubers.They also probably hunted and fished in the nearby hills and streams, but the humid soils in the shelter destroyed any evidence of animal bones. Other Preceramic peoples in Panama who lived in small, dispersed communities across the isthmus by 4,000 years ago commonly practiced these activities.

This research project was authorized by Panama’s National Institute of Culture and funded by the Smithsonian and the Social Sciences and Humanities Research Council of Canada.–Beth King