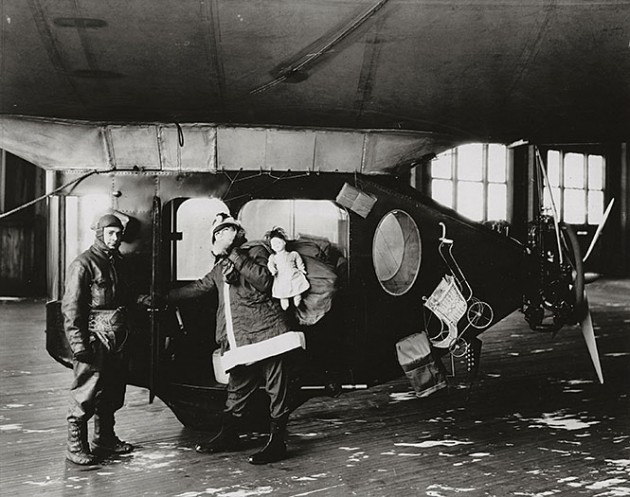 Smithsonian Snapshot celebrates the Christmas season with this 1925 photo of Goodyear’s “Santa Claus Express” airship from the National Air and Space Museum.

In the 1920s, the Goodyear Tire and Rubber Co. of Akron, Ohio, built a fleet of small civil airships that were used to demonstrate the value of lighter-than-air flight and to train future airship pilots. One of those airships, “Pilgrim I,” was the first designed for inflation with helium.

Lifeboat from airships “America” and “Akron” donated to the Smithsonian